Motor Trend's '93 Truck Of The Year

The Best Of Three 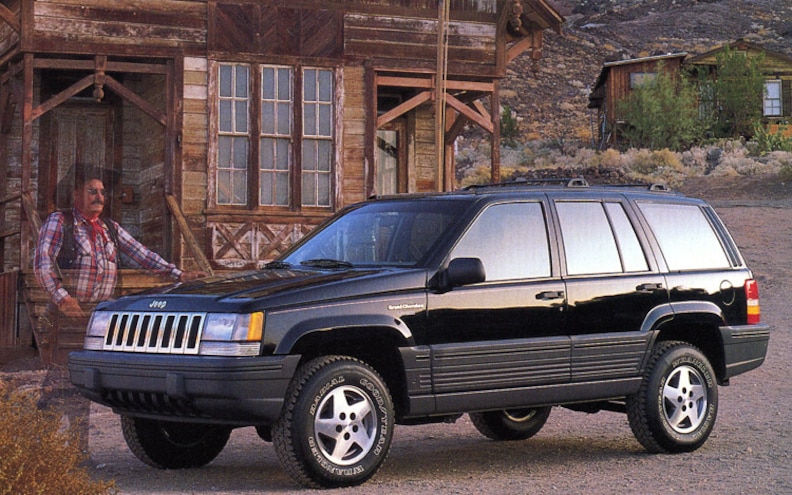 THE WINNER: JEEP GRAND CHEROKEE LAREDO V-8
In one sense, the '93 Truck of the Year competition was nip and tuck right down to the wire. In fact, in subjective scoring, the six judges were split 3-3 over the first-place finisher. Yet, in another sense, the competition was a clear runaway. The Grand Cherokee Laredo, eqnipped with the optional 5.2-liter V-8 engine, establishes such a high mark for its class in terms of performance and capability, it emerged as a solid winner.
View Photo Gallery | 14 Photos
Photo 14/14   |   Truck Of The Year Jeep Grand Cherokee Ladero Rear View
With its combination of abundant power. well-tuned suspension, versatile drivetrain. and array of welcome features, the Grand Cherokee is a vehicle that has something for everyone. "This is the sports car of sport/utilities," wrote one editor. "It has a strong V-8 to launch you down the straights, plus its responsive handling lets you carve through corners with more grace than most sport/utes." Another tester seconded the motion: "Its wonderfully firm suspension and handling makes it feel like a sporty car." The Grand Cherokee is available in four trim levels: base, Laredo, Limited, and Grand Wagoneer. The eight-cylinder engine comes standard in the flagship Grand Wagoneer and is optional for the other models. Chrysler chose to enter the Laredo because it's the volume leader in sales, plus, with the optional V-8 package, it offers an excellent performance-to-value ratio.
With 220 peak horsepower and a hefty 285 pound-feet of torque, the Jeep leads the class in power (with the sole exception of GMC's $30,000, limited-production turbocharged Typhoon). In the objective categories, the Grand Cherokee took a substantial lead based on several strong performances, including an 8.7-second 0-60, 16.6-second quarter mile (at 83.4 mph), and a quick 59.8-mph slalom.
Yet, our test Laredo -- complete with V-8, four-speed automatic transmission, four-wheel ABS, Quadra-Trac, full-time all-wheel-drive, driver-side airbag, cruise control, Class IV 6500-pound towing package, and non-CFC air-conditioning system -- stickered for only $25,140.
In the subjective scoring, the Jeep earned its highest marks in the areas of Ride and Drive, Chassis Dynamics, and Dollar Value. Given its well-mannered handling, stable cornering, amiable ride quality, off-pavement versatility, and long list of available creature comforts, the Grand Cherokee Laredo stands unquestionably among the best in its field. Mix in the potent V-8 and first-in-class standard airbag, and, as one tester put it, "The Grand Cherokee leaps to the head of its class."
Aside from all the sensible reasons for picking the Grand Cherokee as Motor Trend's '93 Truck of the Year, there's one emotional reason: It's just plain fun to drive. As one editor summed it up, "The Jeep is a blast to drive. With plenty of punch, a broad powerband, and great handling, it puts a grin on your grille