Big White has the style and class to be a fitting Vegas ride. 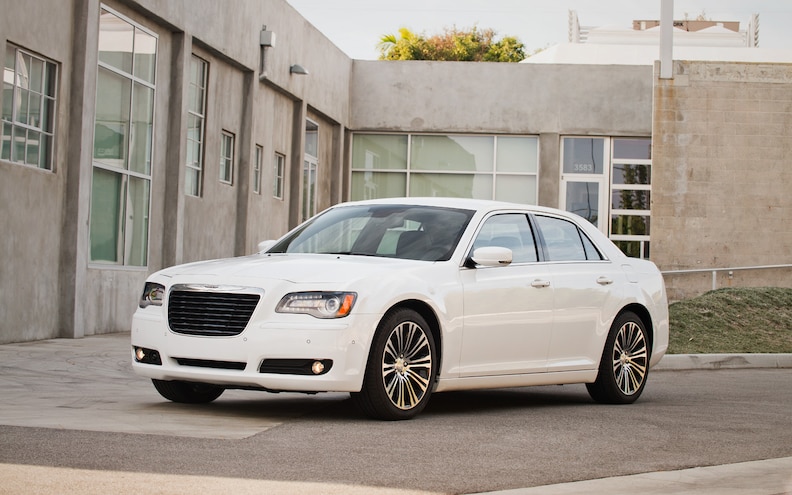 The big, comfortable sedan has always been a solid choice for long roadtrips on our long, flat highways and our 2013 Chrysler 300S is no exception. Since it’s arrival, it’s gone for a day trip to the Salton Sea plus voyages to Las Vegas, Phoenix, and, most recently, Redlands, CA. In all cases, the 300’s quiet cabin, comfortable seats, booming stereo, smooth ride, and adapative cruise control combined to make the experience enjoyable.
View Photo Gallery | 11 Photos
Photo 2/11   |   2013 Chrysler 300S Front Three Quarters In Motion 4
Fuel economy on these long-range trips ventured past the 25 mpg mark. Though short of the 31-mpg highway rating, the 300 wasn’t exactly cruising at 70 mph the entire way, either. In fact, even with cruise control set at 80 or so, speed tended to vary a fair amount due to changing traffic conditions. Every semi that moved over to pass another one caused the cruise control to drop speed, for example, only to have to regain it once the truck was gone. The beauty of the adaptive cruise control is that it does all of this without driver intervention.
We’ve been to the dealer three times so far. Most recently, the 300 had to go in for its first service, a $93.22 affair that involved an oil change and inspection. The prior two visits were for the driver’s side headlight, which went out one morning. The technician was able to jury-rig a temporary solution for the damaged wiring harness within the headlight (fun fact: modern HID/LED headlights aren’t particularly user serviceable) until a replacement unit arrived. That took longer than expected due to the part being on backorder, but a month or so later, in it went, at a $0 cost to us since the problem was covered by the warranty.

- OF
By Kirill Ougarov
173 Articles