It's bigger, it's bolder and it's more beautiful 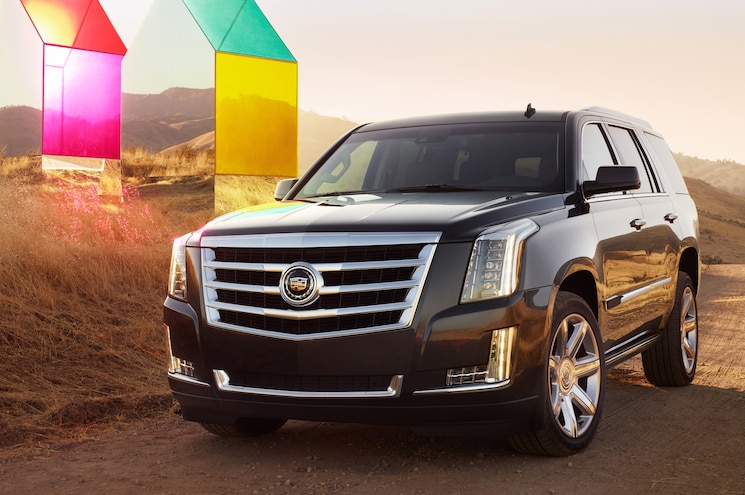 Even the pouring rain and high winds couldn't dampen the spirits of the crowd of dealers, executives, second string celebrities and media on hand to see the debut of the 2015 Cadillac Escalade. Between bottles of Brooklyn Lager and basil encrusted tenderloin nibbles, the Crest & Wreath brand rolled out the Cadillac of SUVs.
Recently named Vice President of Cadillac Design Andrew Smith said the brand will continue to embrace its roots as new vehicles are introduced. "Cadillac needs to show the world that it is America's luxury brand," Smith said. "And it will."
Big talk for an Australian one month on the job, but he has a point; the new Escalade is a keeper touting more space, more technology and more luxury. 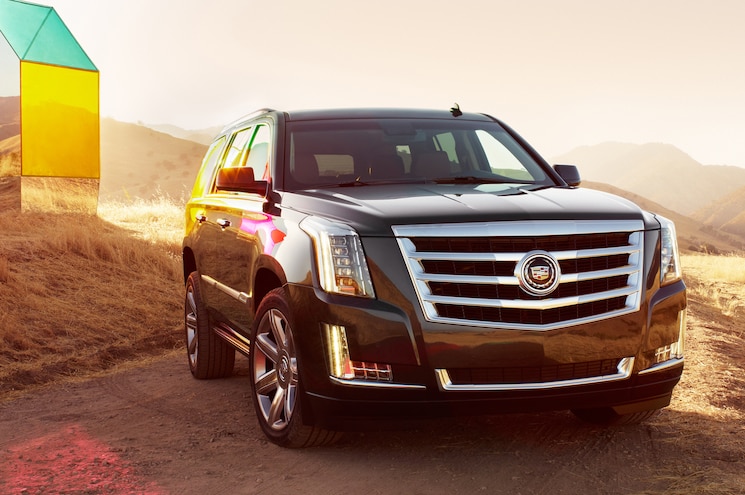 View Photo Gallery | 19 Photos
Photo 2/19   |   2015 Cadillac Escalade Front Three Quarters
While the Escalade has always had a luxurious ride -- albeit a very truck like one -- Cadillac is touting a number of improvements to smooth this SUV's ride. The track has been widened, a new 9.5-inch rear axle and standard automatic locking rear differential have been added, and the electric power steering has been adjusted to improve handling and fuel economy.
Cadillac has also quieted the Escalade's ride and added additional luxury features inside and out.
"Cadillac's growth provides the ideal stage for the all-new Escalade to take a major leap forward," said Bob Ferguson, Cadillac's senior vice president, in a news release. "The 2015 Escalade is completely new and elevated in design and technology, inside and out. The clear objective is to once again assume the leadership position among luxury SUVs." 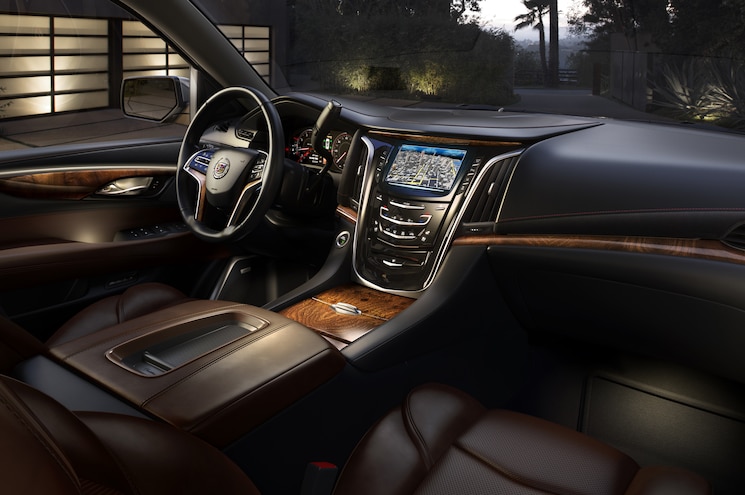 View Photo Gallery | 19 Photos
Photo 6/19   |   2015 Cadillac Escalade Interior
Indeed. The exterior is cleaner and less jumbled than the outgoing model and features additional LED lighting cues to dress it up.
Cadillac will also feature its new Total Internal Reflection LED high beams, which use four vertically stacked crystal lenses. The LED low beams also use crystal lenses. Cadillac's crest and wreath logo will even glow in the dark.
The interior includes redesigned seats, a new instrument panel and center console that features Cadillac's CUE telematics system on an 8-inch color screen. The configurable instrument cluster will be displayed on a 12.3-inch high definition screen. The front row will include 1.4 inches more headroom and 4 more inches of legroom. Additionally, the second and third rows will fold flat to allow for better cargo management. 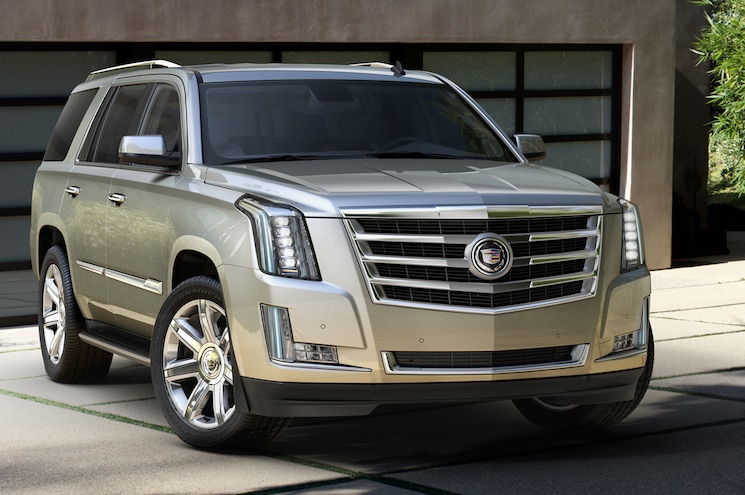 View Photo Gallery | 19 Photos
Photo 13/19   |   2015 Cadillac Escalade Front Three Quarters View 03
"An exceptional level of craftsmanship has gone into the redesign of the 2015 Cadillac Escalade, and it all centers on the premium materials and extensive use of cut-and-sew live stitching – the way fine furniture is produced," said Eric Clough, director of interior design, in a news release.
Cadillac also hopes to tame road and wind noises by including Bose Active Noise Cancellation technology.
From adaptive cruise control to front and rear braking controls that use the car's onboard radar to prepare to stop even before the driver knows he or she needs to stop, the Escalade will feature the very best Cadillac can offer.
No pricing was announced, but the 2014 Cadillac Escalade currently has a starting price around $68,000. Cadillac executives say production will begin in the spring at its Arlington, Texas, factory. It should be available to the public by the early summer at the latest.

- OF
By Scott Burgess
58 Articles