Turning Up the Volume 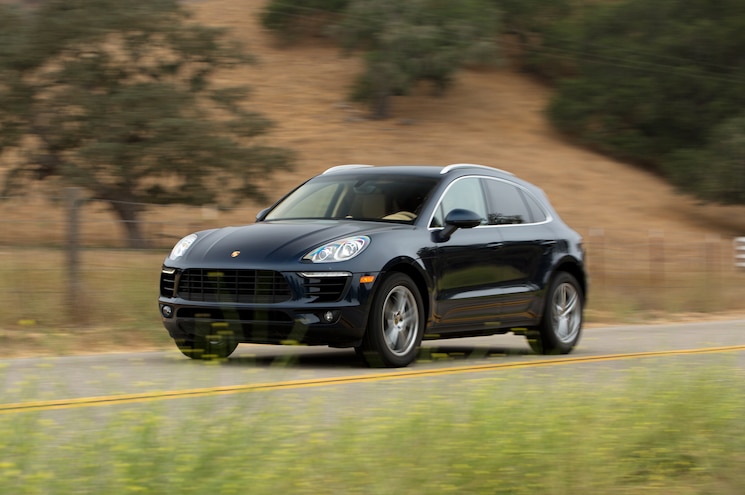 Except for tiny boutique automakers like Morgan, Koenigsegg, and Pagani, lately almost every brand on the planet is obsessed with sales volume, and luxury brands are no exception. Porsche is well past any fears of loyalists screaming foul about expanding its model lineup, having crossed that bridge more than a decade ago with the controversial (at the time), but highly successful, Cayenne SUV. Although considered an unfathomable bastardization of the brand at the time, the Cayenne went on to become Porsche’s best-selling model worldwide and has been a major contributor to Porsche’s enviable reputation as being the most profitable auto brand on earth. The company is hoping for a repeat of the success of the Cayenne with the introduction of the smaller, sportier 2015 Porsche Macan. 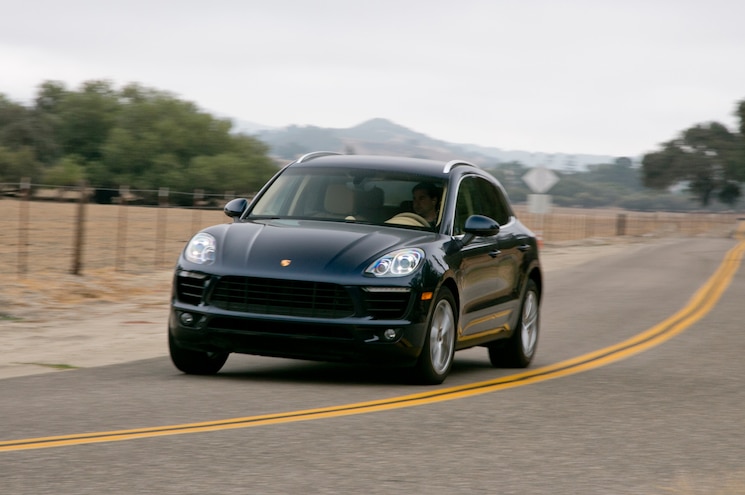 View Photo Gallery | 21 Photos
Photo 2/21   |   2015 Porsche Macan S Promo
Just a few months being in showrooms, the Macan looks poised to be a major breadwinner for Porsche, so far trailing only the Cayenne for monthly unit sales. However, the question that everyone wants to know the answer to is if it's a real Porsche. Well, if your definition of “real Porsche” means a rear-engined flat-six, then no. That also means the Cayenne and Panamera would not qualify, but since the Cayenne has firmly established a place for itself at Porsche’s table, we can safely dispense with outdated definitional nostalgia. If the definition of a real Porsche means a singular dedication to performance and driving enjoyment, no matter what type of vehicle, then we’d say the Macan succeeds.
More Sport, Less Utility
However, that singular dedication comes at a price. The sloping roofline and somewhat steep rear hatch takes a bite out of cargo volume, with a modest 17.7 cubic feet behind the second row, and 53 cubic feet with the rear seats folded. While not horrible in their own right, things are put in perspective when you compare those figures to more conventional SUVs close to the Macan in size. The Audi Q5, with which the Macan shares its basic platform, has 29.1 cubic feet with the seats up, and 57.3 with the seats down. The BMW X3 has 27.6 cubic feet with seats up and 63.3 cubic feet with the seats folded. So if you’re looking for maximum utility, the Macan is definitely not the best choice.
But if you’re looking for maximum performance, room for four, and not throwing your back out every time you get in or out of the car, the Macan makes a pretty compelling case for itself. When you twist the virtual key to the left of the steering column (as it should be on a proper Porsche) and hear the Macan’s turbo V-6 rumble to life, put the shifter into gear, and experience the lightning-quick gear changes offered by Porsche’s PDK double-clutch transmission, concerns about utility are the last thing on your mind. Even when driving at a rational pace, it’s clear the Macan is not your run-of-the-mill SUV, and when you give it the spurs, it’s high-performance character really shines.
At between 4,400 and 4,500 pounds, the Macan is definitely no featherweight, but it never feels ponderous or unwilling to play. Zipping through hilly two-lanes, tapping off shifts with the wheel-mounted paddle shifters, the Macan proves its Porsche pedigree. Our test numbers confirm the Macan is a legitimate performer. The “base” Macan S scooted from 0-60 mph in just 4.9 seconds and pulled through the quarter-mile in 13.5 seconds at 102.1 mph. The pricier, more powerful Turbo dropped those times to 4.2 seconds and just 12.9 seconds at 106.2 mph. Braking and handling for both models were both highly respectable for an SUV, with a 60-0 stopping distance of 119 feet for the S and just 102 feet for the Turbo. Maximum grip was a good 0.83g for the S and a seriously grippy 0.90g for the Turbo. So there’s no question the Macan has the performance chops.
At What Price Performance?
The biggest issue we have with the Macan is the value equation. For the S trim, the prices are not outrageously out of line for what other similar models go for in its class. Our well-equipped tester rang the register to the tune of $66,805. Certainly not cheap, but far from the most expensive SUV we’ve ever driven. However, the Turbo presents a little steeper hurdle for us both financially and psychologically. Its starting price is more than $22,000 more than the S, and the final tab on our Turbo Tester was just a sneeze away from six figures at $98,390. We’ve seen stickers on fully equipped Macan Turbos well above $100,000. 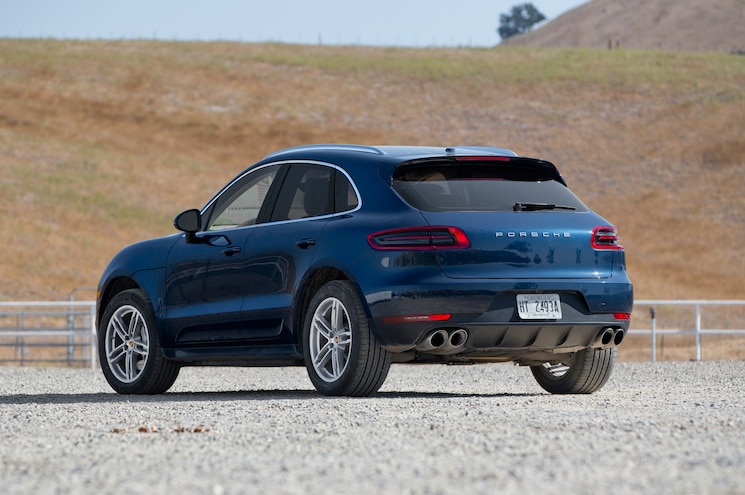 View Photo Gallery | 21 Photos
Photo 9/21   |   2015 Porsche Macan S Rear Three Quarter In Motion
Perhaps it’s just our American mentality of equating quality with quantity, but shelling out six figures for what’s essentially a highly tuned cute-ute makes us pause. Then again, if you were shopping from a purely pragmatic perspective, you’d probably be looking at Ford Escapes, Toyota RAV4s, and Honda CR-Vs instead. Porsche purchases, whether new or used, fall firmly in the “want” category, not “need.”
If you’re seduced by the Macan’s muscular haunches and performance heritage and have the credit or bank account to indulge your impulses, you’re unlikely to be disappointed by the Macan. It delivers awesome performance for an SUV, especially in Turbo trim. It’s as legitimately a Porsche in our eyes as the Cayenne or Panamera, delivering a healthy helping of driving pleasure with that hard-to-define, but easy-to-recognize Porsche character. That said, if you’re shopping on a purely bang-for-the-buck basis, the Macan is not ashamed to ask for plenty of bucks in exchange for its ample bang.