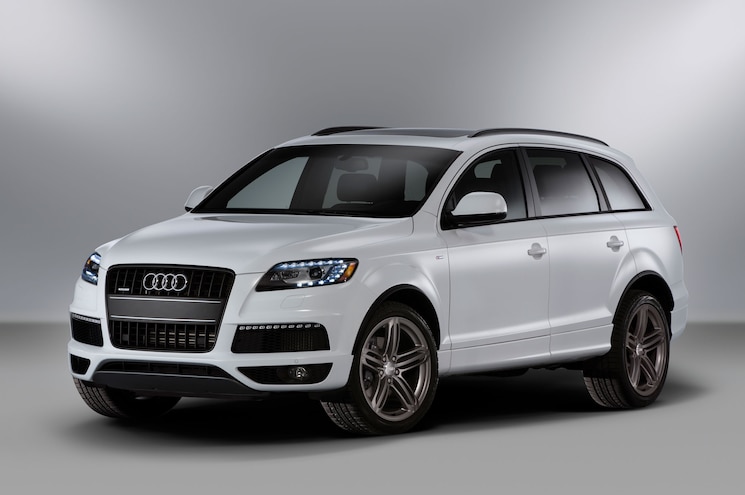 If nothing else, the Audi Q7 is an object lesson in how to make something stylish out of something huge. It’s a fullsize, seven-seat SUV but somehow hides its bulk well with carefully drawn lines and proportions.
The Q7 has been in North America since 2007. A second generation is set to debut as a 2015 model, so now’s a good time to look at pre-owned examples.
All-wheel drive is standard, but the Q7 has never been offered with a low-range transfer case. In addition, its ground clearance of 8.1 inches is nothing to boast about, so off-road performance isn’t the Q7's strong suit. But there’s no denying the imperious on-road driving experience, superb build quality, and classy cabins. The Q7 is built on the same platform as the Porsche Cayenne and Volkswagen Touareg. 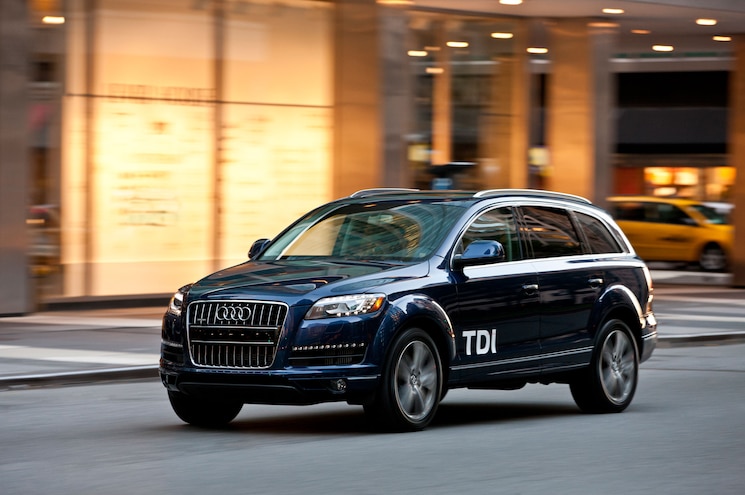 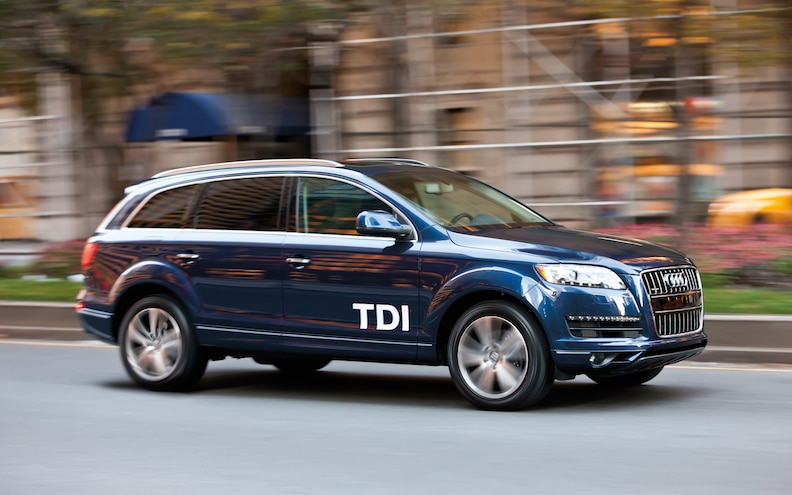 View Photo Gallery | 53 Photos
Photo 6/53   |   2012 Audi Q7 Side In Motion
A mild facelift distinguished the 2010 model year. The front bumper was tidied up, the grille received vertical accents and the rear bumper sprouted a chrome strip. LED tail lamps were now standard, along with LED daytime running lights and turn signals. And the multimedia interface (Audi’s MMI infotainment system) became easier to use.
In 2011, the 3.6L V-6 and 4.2L V-8 engines were replaced by two version of the supercharged 3.0L TFSI V-6, one making 272 hp and 295 lb-ft (this was bumped up by eight more horses in 2012) the other making 333 hp and 325 lb-ft. Fuel consumption is 16/22/18 for both units.
The more powerful version went into the S-line Prestige trim level. This was also the year when the automatic transmission went from six to eight ratios. 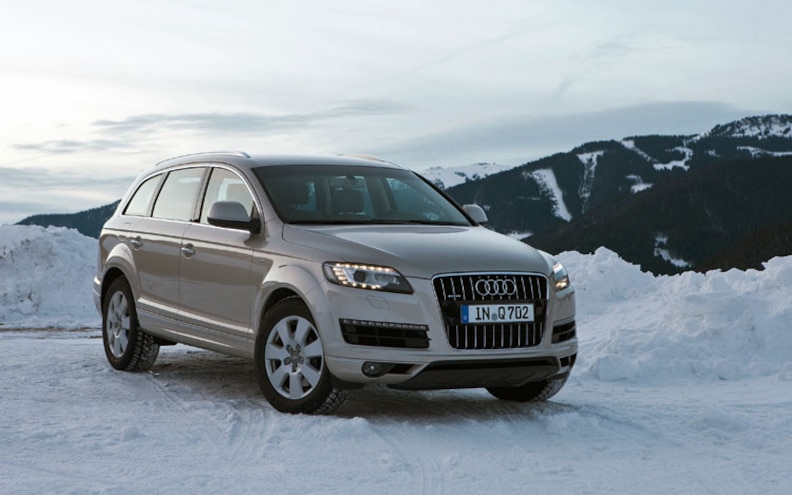 View Photo Gallery | 53 Photos
Photo 10/53   |   2011 Audi Q7 3.0T Front Profile
Trim levels are Premium, Premium Plus, and Prestige, with Luxury and S-line as popular packages. Even the “base” Premium trim includes leather upholstery, heated front seats and a power tailgate. Prestige offers the option of an adaptive air suspension, a particular boon for towing. Available safety features include intelligent cruise control and blind spot monitoring.
The very top-end audio system is a Bang & Olufsen 1,000-watt 14-speaker set up optimized especially for the Q7. it sounds amazing.
There’s only been one official recall, which involved a problem with the automatic tailgate closing mechanism of 2007 and 2008 models.
Here’s a general thing but bears repeating: On examples with towing hardware, make sure all the electronics work as they should. Towing capacity for the 3.0L TDI is 6,600 pounds.
A 2010 3.0 TDI Premium is good condition is valued at $36,765. For comparison, a similar 2010 MBW X5 xDrive 35d fetches around $29,989, while a 2010 Mercedes-Benz GL350 Bluetec would be in the region of $36,908. 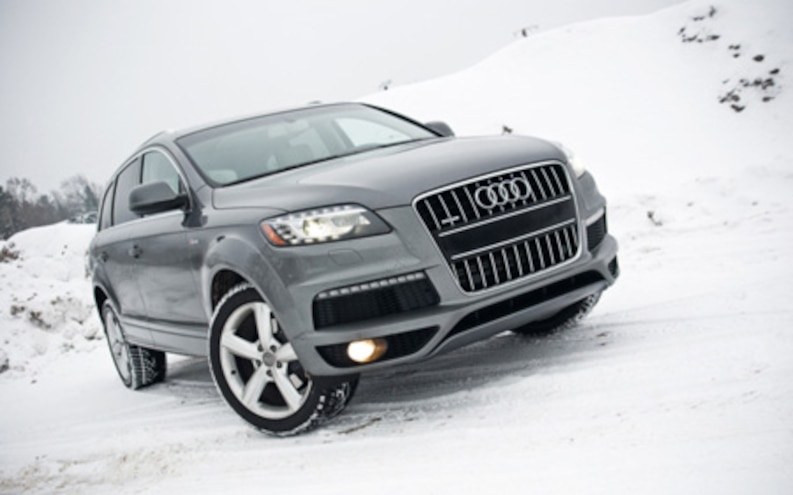 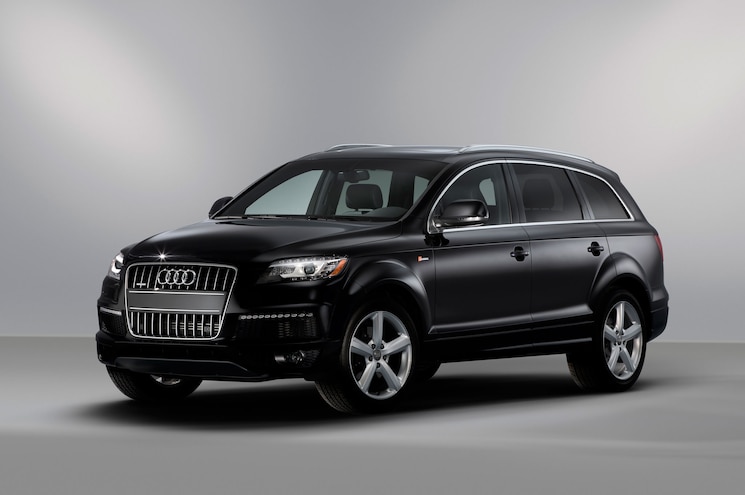