All is Well and the Numbers Are In 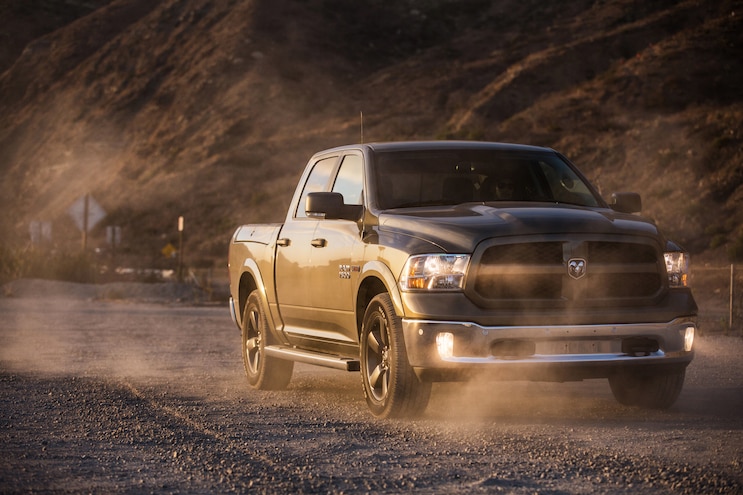 In our last update, we described an ongoing issue with our 2014 Ram 1500 EcoDiesel Outdoorsman Crew Cab 4x4 pickup’s air-conditioning system. I’m happy to report that the issue has been resolved, and our Ram 1500 EcoDiesel pickup has been otherwise flawless. We did, however, suffer one more battery issue before having the air-conditioning issue properly diagnosed and repaired.
While I was assigned to a short-term tester for a few days, our 2014 Ram 1500 EcoDiesel sat for the weekend. By Monday morning the battery was dead, and after charging for the better part of the morning, the battery still wasn’t holding any juice. We had the truck towed in for service. As it turns out, all of its issues were related to a bad relay inside the air-conditioner controller. 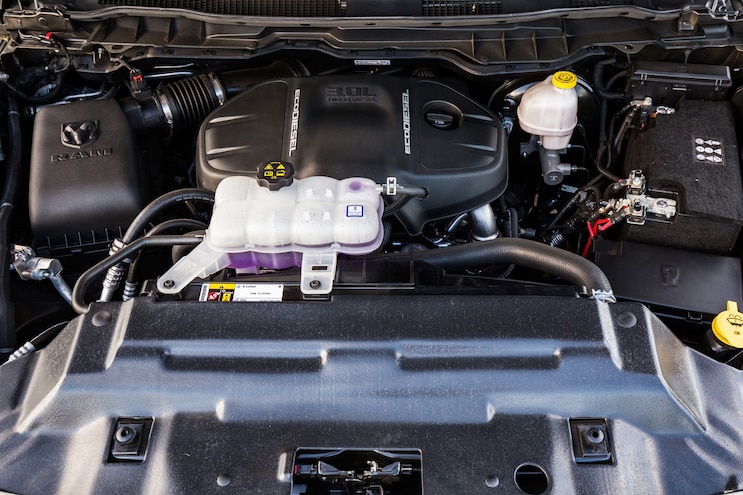 View Photo Gallery | 12 Photos
Photo 2/12   |   2014 Ram 1500 EcoDiesel Outdoorsman Crew Cab 4x4 Engine
The particular relay, responsible for holding power to the air-conditioning compressor clutch, was “stuck” in the run position. Instead of allowing the compressor to cycle on and off, power stayed on continually -- even when the truck was turned off. The condition caused the condenser to get too cold and ice over, leading to a lack of airflow to cool the cabin. Additionally, with the compressor constantly running with the engine turned off, the battery would discharge if it sat for a significant amount of time. The defective relay was a fluke Chrysler hadn’t seen before. In fact, the air-conditioner controller in our 2014 Ram 1500 EcoDiesel is nearly the same part number that was in our flawless Hemi-powered 2013 Ram 1500 Laramie Crew Cab 4x4.
We also finally put the EcoDiesel through our standard battery of tests. At the dragstrip, the pickup reached 60 mph in 8.8 seconds and finished the quarter mile in 16.6 seconds at 81.5 mph. In comparison, our Hemi-powered 2013 Ram 1500 reached 60 mph in 7.0 seconds and cleared the quarter mile in 15.5 seconds at 87.7 mph. The 2014 EcoDiesel needed 126 feet to stop from 60 mph compared to 122 feet for the 2013 Hemi. The 2014 Ram 1500 EcoDiesel also lapped the figure eight in 29.0 seconds at a 0.56g average and pulled 0.76g average around the skidpad. In our Real MPG testing, the 2014 Ram 1500 EcoDiesel achieved 20/28/23 mpg city/highway/combined compared to its EPA rating of 19/27/22 mpg.
The Ram 1500 EcoDiesel has also had its first 10,000-mile service to the tune of $225, which includes an oil and oil filter change (11 quarts of synthetic oil), tire rotation, and multi-point vehicle inspection.
More on our long-term Ram 1500 EcoDiesel Outdoorsman Crew Cab 4X4 here: 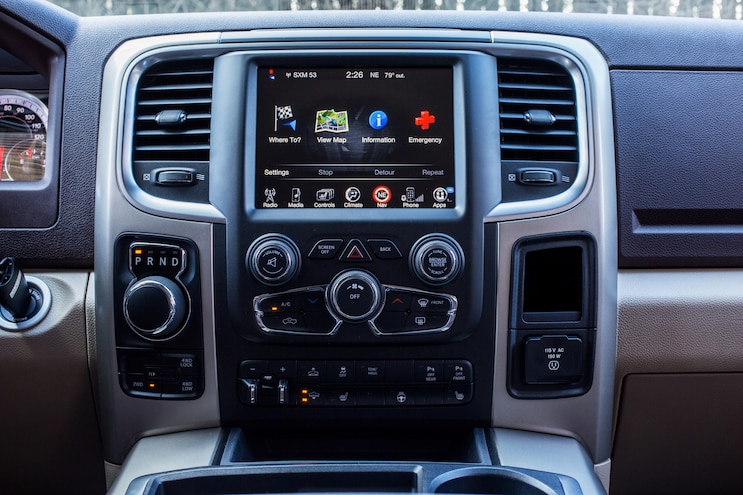 Truck Trend
Truck Trend
Long-Term Report: 2019 Ram 1500 Rebel Report 1 of 4
The original Ram Rebel was born from a corporate exercise to determine what a light-duty Power Wagon...
Sean P. Holman – Nov 14, 2019
Truckin
Truckin
2013 Dodge Ram- Project Envy
One of the biggest motivational statements you can tell yourself is to never give up. No matter how ...
Phil Gordon – Sep 25, 2019
Truck Trend
Truck Trend
First Drive – 2020 Ram 1500 EcoDiesel
When Ram introduced its 3.0L EcoDiesel engine in the 2014 Ram 1500, it was a revelation. The powerfu...
Chad Kirchner – Aug 20, 2019
Truck Trend Network
Truck Trend Network
Episode 60 of The Truck Show Podcast: Upcoming Ram TRX in the Wild
In this episode, we have CMO of Wheel Pros Scott Cobett, Jesse McGinness ...
Monica Gonderman – Mar 28, 2019
Join Our FREE Truck Trend Network Newsletter