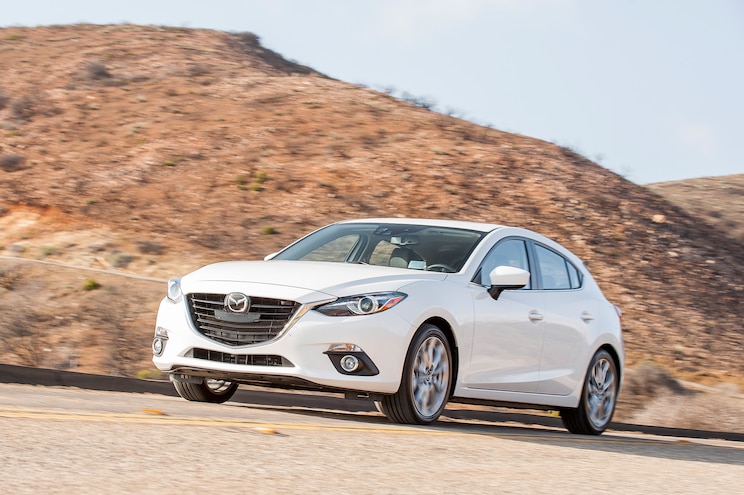 The past few months have had me behind the wheel of lots of trucks and SUVs more often than in the Mazda3's driver's seat. Yet the car has not sat idle -- it's been in the diagnostic hands of the rest of the staff, several of whom came back to me with unsolicited and positive first impressions.
Associate online editor Carol Ngo loves how easy it is to pair her iPhone to the 2014 Mazda3. And not just the initial pairing but also how well the systems syncs with her Bluetooth every time she gets back into the car. She is in and out of all sorts of new cars, but as of late, none has paired as easily as the '3. She recently picked up a friend who asked, "What car is this? The leather is really thick on these seats. Cool red stitching, too." 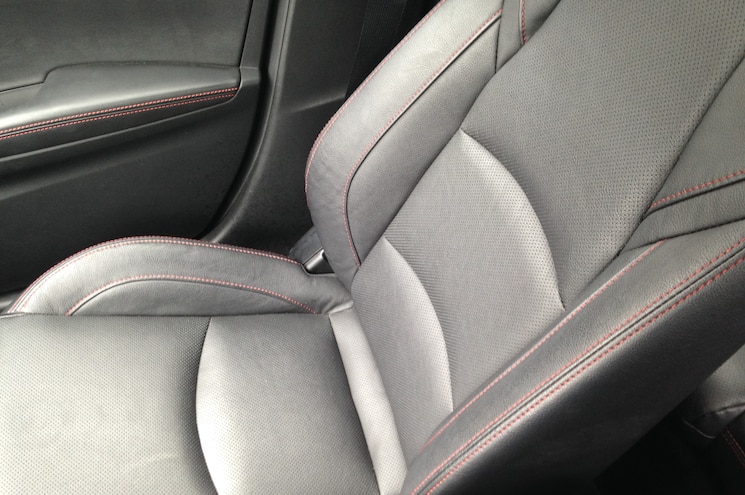 View Photo Gallery | 16 Photos
Photo 2/16   |   2014 Mazda3 S GT Interior Seats
Creative director Alan Muir is pleased and amused by the radio-tuning interface. The round digital graphic mimics an analog dial from days gone by, and coupled with the 2014 Mazda3's big rotary multi-knob, it makes quick work of dialing in his favorite FM broadcast.
The steering wheel impressed managing art director Mike Royer. "I like the size of the wheel, and it feels great in my hands," he says. "That's a better-feeling wheel than in most cars costing a lot more than the '3."
Testing director Kim Reynolds adores the handling and steering. "Arguably that car is more poised than it needs to be," he says. "It's quick, nimble, agile, and sets a benchmark for sportiness in the compact car segment." 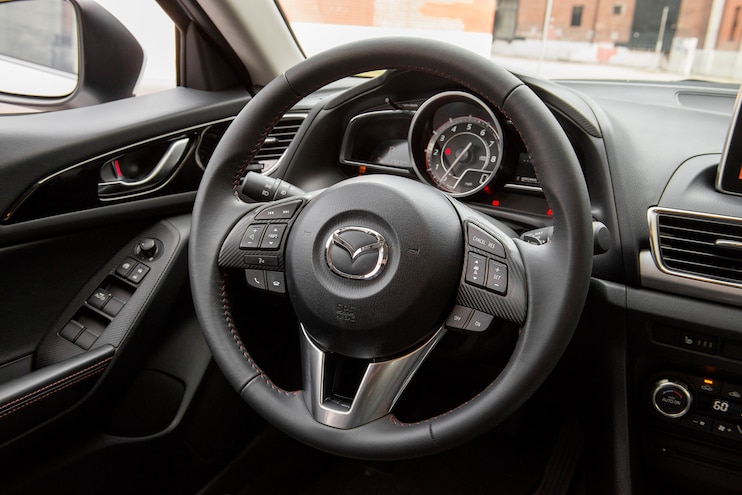 View Photo Gallery | 16 Photos
Photo 3/16   |   "Commander control" operates this radio dial and makes short work of station tuning.
New photo hire Robin Trajano sounded off on how much he likes the shift paddles on the wheel, yet he still wishes this bigger-engined '3 had a manual transmission. I brought to his attention that the 2015 Mazda3s can now be had with the same six-speed manual that originally came only with the base 2.0L. His eyes lit up, and he immediately logged on to mazdausa.com to spec out an S with the manual, noting that choosing a self-service (and self-serving) gearbox shaves $1,000 off the cost. It's cool that by adding the manual to the more powerful engine, Mazda seems committed to offering the most entertaining car in this segment. If only Robin and I could swap this auto-box for that new manual.
More on our long-term 2014 Mazda3 S GT: 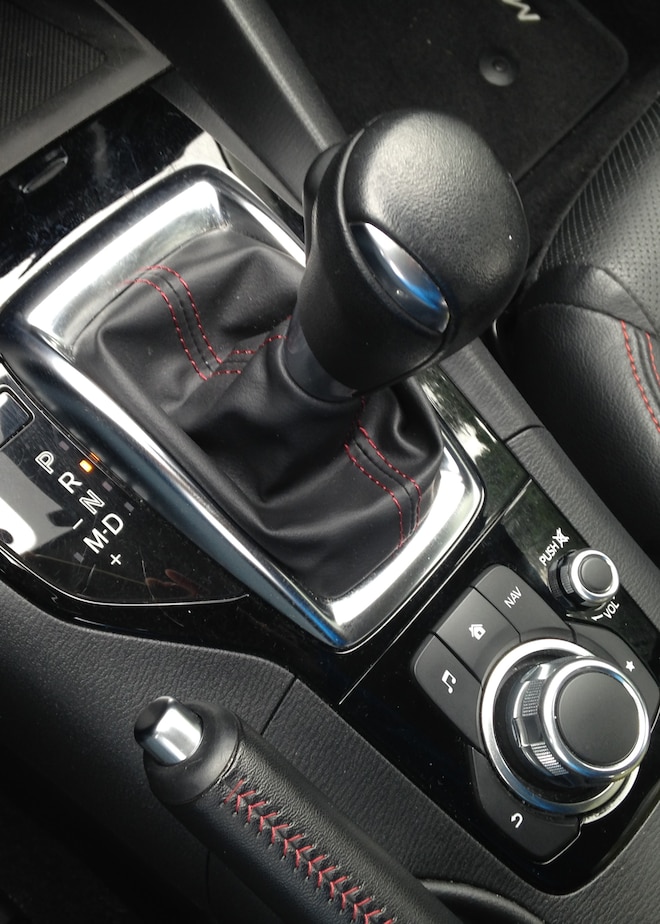 View Photo Gallery | 16 Photos
Photo 4/16   |   No amount of wishful staring will turn this into a manual gearbox.