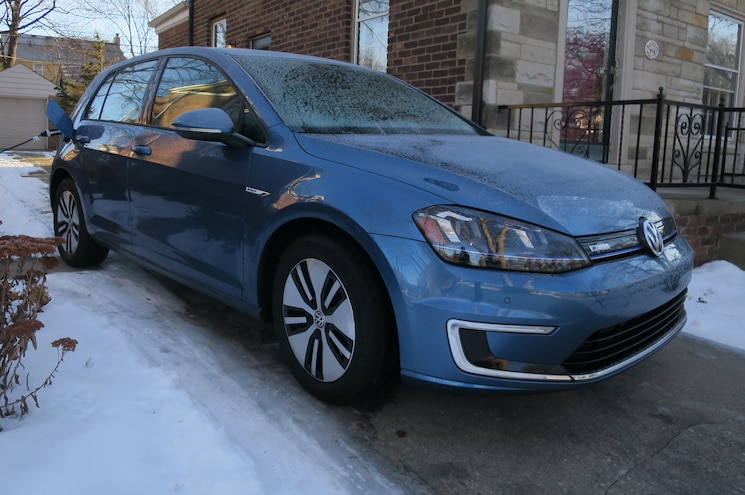 Temperatures in the teens and 20s don’t make for ideal electric-vehicle driving conditions, but that was the weather presented during my week in Motor Trend’s electric Car of the Year. How’d it work? Way better than expected in every way except range, which plunged about as much as we were told to expect.
VW rates the e-Golf’s real-world range at 70-90 miles, the EPA says 83, and the range-remaining display generally started out saying 65 miles on these cold mornings, when started in the Normal driving mode. This mode automatically dials up a cozy 72 degrees on the climate control system, which is warmer than I would usually set it, but it refuses to remember my 69-degree setting upon restart. (Eco reduces the climate control power, and Eco+ switches it off, increasing the remaining range.) When I hit the buttons for electric windshield, rear-window, and side-view mirror defrosting, as well as both front-seat heaters, one morning, that range estimate dropped to as low as 48 miles briefly, but minutes later, as I toggled off the high-power glass heaters, the range rebounded to well into the 50s. 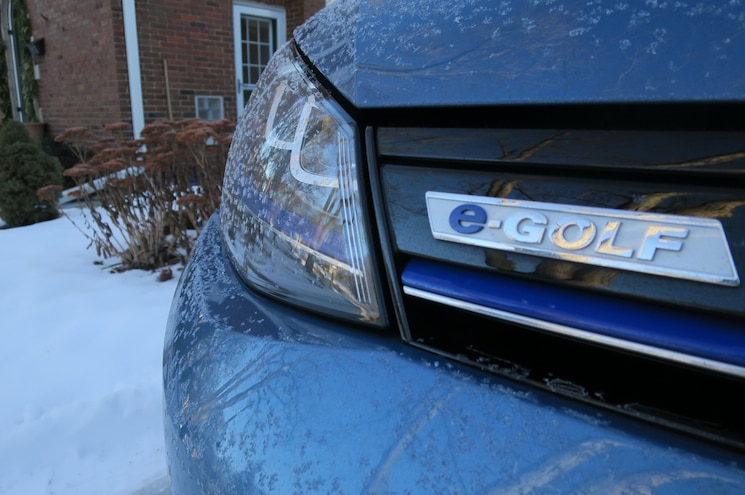 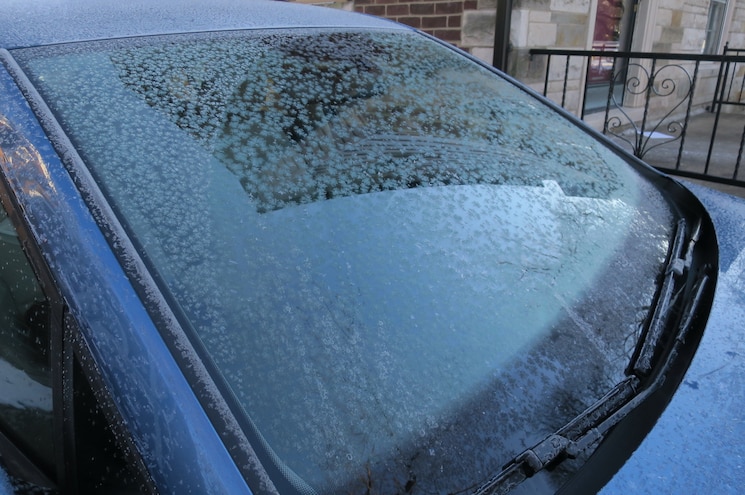 View Photo Gallery | 100 Photos
Photo 6/100   |   2015 Volkswagen E Golf Snow On Windshield
A bigger surprise was how quickly I felt comfortable in the cabin. Being well-acclimated to the northern climate, I frequently make the short walk out to the car sans hat and gloves, and sometimes without my coat fully zipped — especially when I have the luxury of a windshield defroster that can melt frost in 90 seconds without any scraping. Loosely bundled like that, I became quite comfortable in the cabin well before reaching the office every day, which is really saying something given my short 4.8-mile commute. I’ve driven Ford Super Duty diesel trucks that didn’t even start to warm up the cabin in 5 miles, but this EV began feeling toasty tout de suite. It helps that warmth from the powerful seat heaters began penetrating my outer garments within just a few minutes.
If these various heating and defrosting devices are shared with those in gas-powered VWs, then their overachieving nature here must be attributable to the way the e-Golf’s 24.2-kilowatt-hour battery can fire-hose electrons at them, as compared with the dribble they receive from the typical kilowatt or so alternator output in a combustion-powered Golf. I can tell you for certain that I felt warmer in this Golf than I ever did in our 2011 Chevy Volt COTY long-termer. Of course, driving thusly sometimes meant the 5-mile commute consumed 7 or more miles of expected range. Performance seemed utterly unchanged from the car’s summer performance measured last September for our Car of the Year event (and summarized in the chart below). 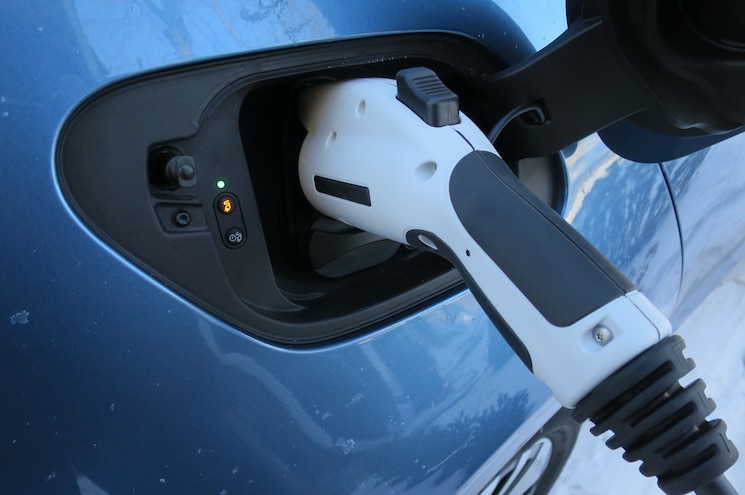 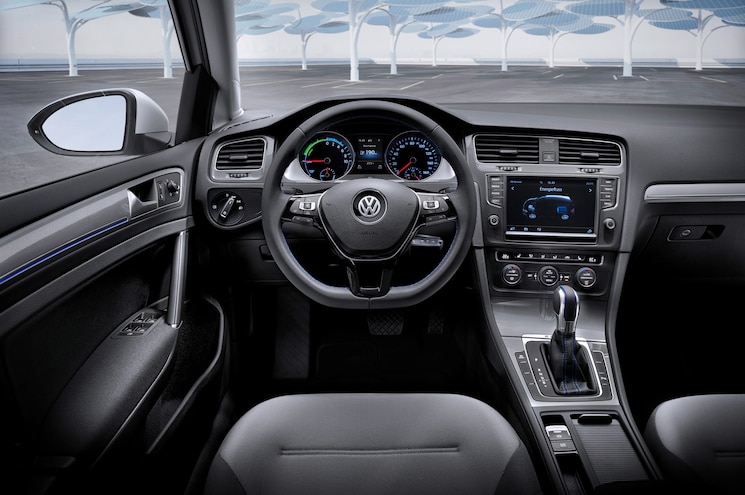 View Photo Gallery | 100 Photos
Photo 11/100   |   2015 Volkswagen E Golf Interior
My longest trips this week were 15 miles each way to our community theater, so I never felt any range anxiety and hence felt comfortable driving it like a normal car — accelerating as one does when enjoying a high-torque drivetrain, cruising with the flow of freeway traffic at 80 mph (this sucks down the electrons), and maintaining a cozy cockpit. Eco mode degraded the throttle response sufficiently to prevent my using that mode at all, and the dangerous-in-Detroit 60-mph speed limit and lack of any heat prevented my exploring Eco+ mode at all.
Another feature I was unable to assess is remotely pre-heating the car while plugged in, which must be done via computer or smartphone and hence would have required registering the car as my own. I do wish this could be scheduled somehow from the cockpit. I also wish it were easier to check the charging status by looking out the house window at the car, but the only telltale is a tiny LED that pulsates green while charging, burning steadily when fully charged. It’s inside the fuel-filler door, so unless you have a straight line of sight to it, you’re in the dark. (Of course, the smartphone app would also tell you.) The Volt’s big glowing lamp on the dash is a better solution. It also seems strange to me that one must press one of two buttons next to the charge port in order to start charging (one for immediate charging, the other for timer charging). Failure to press this stymied one charging opportunity after colleagues took the car to lunch one day, and on another occasion no amount of button pressing would elicit the throbbing green “charging” indicator lamp in the morning, so despite the wall charger indicating it was charging, no electrons accumulated in the battery. After lunch it was fine. Ah well. Nobody’s perfect.