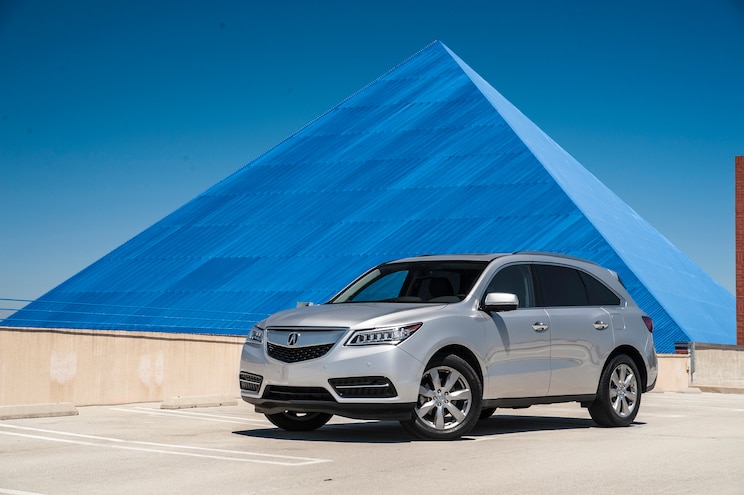 The MDX didn't just do everything well -- it did everything great. And I mean everything. There is nothing the MDX wasn't used for during its time with us. My mind-numbing commute, an hour and a half each way, was actually enjoyable in the MDX. The seats were perfect for the extended time stuck in traffic, ride quality and NVH were more than up to par, performance was always what I wanted, when I wanted it -- it was perfect for me and both my wants and needs.
My family loved the MDX, as well. When we packed up for a trip to the beach or the mountains, the MDX always had ample space for whatever we needed. The large-screen entertainment system in the backseat came in handy more than a few times on those road trips. It's amazing how quickly an attitude can be changed with a simple screen that drops down from the ceiling. Pop the headphones on your child, and Mom and Dad get at least an hour of peace and quiet. 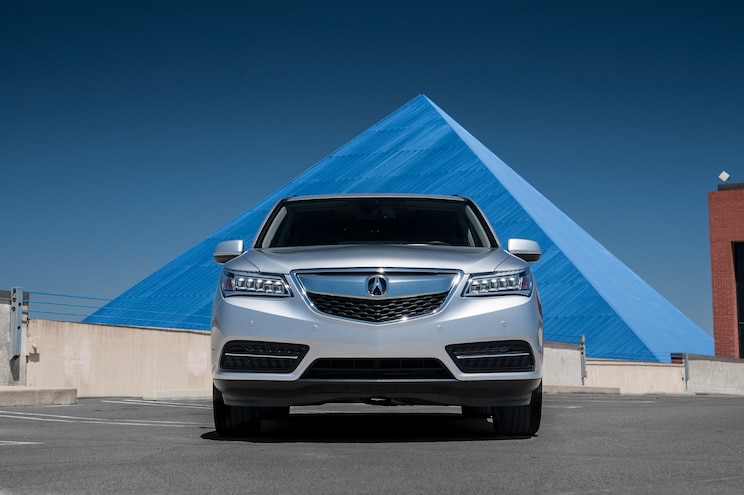 View Photo Gallery | 24 Photos
Photo 2/24   |   Styling on the MDX is the best it’s ever been.
Most of my time in the MDX was solo, giving me plenty of time to reflect on what I liked and didn't like about it. The like column is a laundry list of positives, but the negative column consisted of only two things. You already know one -- the price is just a little too high. The other concerns the navigation screen. When the screen shows the map, you're able to move the cursor with the multifunction rotary knob in the center of the dash. Sometimes I could be pinpoint precise with cursor placement, but sometimes just a little tap would move the cursor miles away. It wasn't a big deal -- just confusing and annoying.
For me, the biggest like is how much of a sleeper in terms of driving enjoyment the MDX is. You don't really expect much from an SUV in terms of driving excitement, but the MDX delivers in spades. The engine has plenty of power, the transmission logic works great, brakes were never an issue (provided I didn't treat the MDX like a track car), and the seat kept me nicely contained in my preferred driving position. The tires are the only limit to the fun factor in the MDX, but you can easily get those changed. However, I don't think I would give up the ride comfort and minimal noise just to go faster around a corner.
The MDX's interior layout is also a good talking point. Acura/Honda dash layouts have in the past drawn our ire because of an overabundance of buttons. The MDX has a cleaner, more user-friendly layout, and I have come to love the redundant audio controls on the steering wheel. Audio, navigation, and HVAC operation from the dash is intuitive; as soon as you get in the vehicle, you'll understand how to use all of the controls, though I would prefer the multifunction knob down by the shifter instead of on the dash. Cabin comfort is also a plus in the MDX. With plenty of cockpit space for my larger-than-average frame, I never felt cramped or confined. All passengers commented on how roomy the front and back seats were, and the third row is usable. 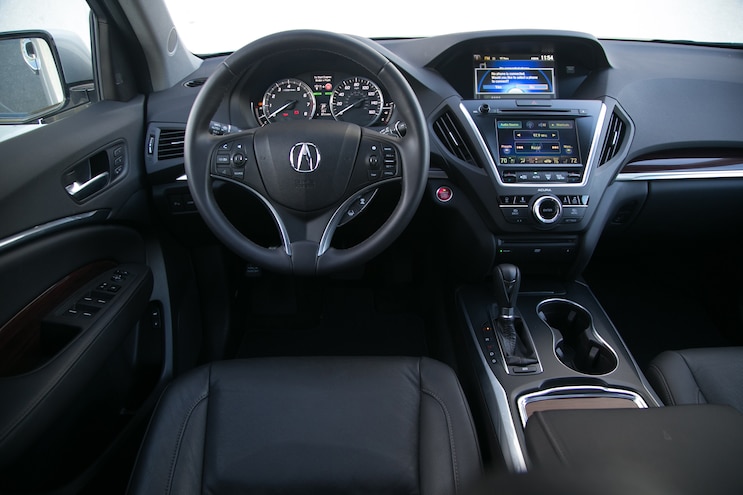 View Photo Gallery | 24 Photos
Photo 6/24   |   The less button-heavy dash really helped clean up the looks of the interior, making it not only more aesthetically pleasing but also more user-friendly. 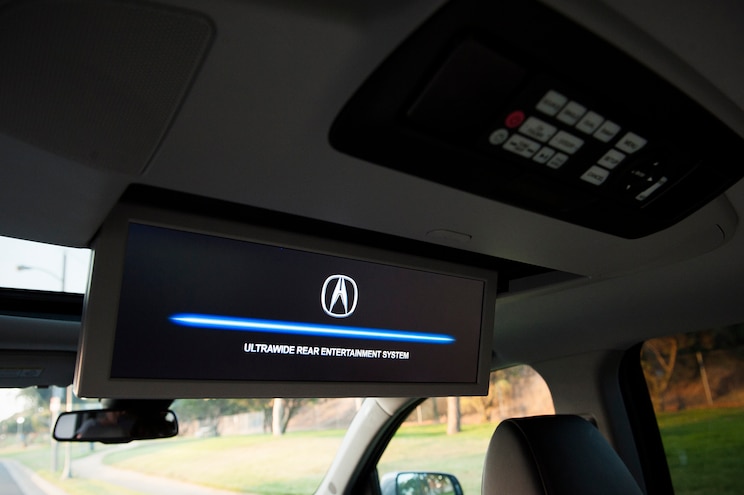 View Photo Gallery | 24 Photos
Photo 13/24   |   Inside, the 16.2-inch-wide WVGA screen is perfect for entertaining backseat passengers, especially since it has an HDMI port for hooking up high-definition DVD players and compatible game consoles.
We can't talk about cars today without talking about MPG. Official EPA numbers for the MDX are 18/27/21 city/highway/combined. Our observed MPG has been 21, right on top of the official numbers, even with all the heavy-footed drivers who have piloted the MDX since it arrived. Once our Emissions Analytics guys got their hands on the MDX to run Real MPG numbers, they ended up seeing a tick better than the EPA claim with 19/27/22. For the 2016 model year, the MDX now offers a nine-speed automatic, and has an updated options list. Read about the 2016 MDX here.
During the MDX's time with us, it went in for three scheduled services totaling $806.39. These services consisted of three oil changes, two tire rotations, two inspections, one rear differential and transmission fluid change, and new air filters for both the engine and cabin. I only had one issue outside the normal required services, and that was a unique buzz/harmonic issue that seemed to originate in the front left area. Upon inspection, the dealer replaced a bunch of fasteners behind the dash, which resolved the issue. There were no normal-wear costs or unresolved issues.
I've had many long-term vehicles over the years, but I have not grown attached to any of them the way I've connected with the Acura MDX. High price aside, there is nothing I can complain about, and no one else had any complaints, either. The 2014 Acura MDX does everything you could ask of it and more.
More on our long-term 2014 Acura MDX SH-AWD: