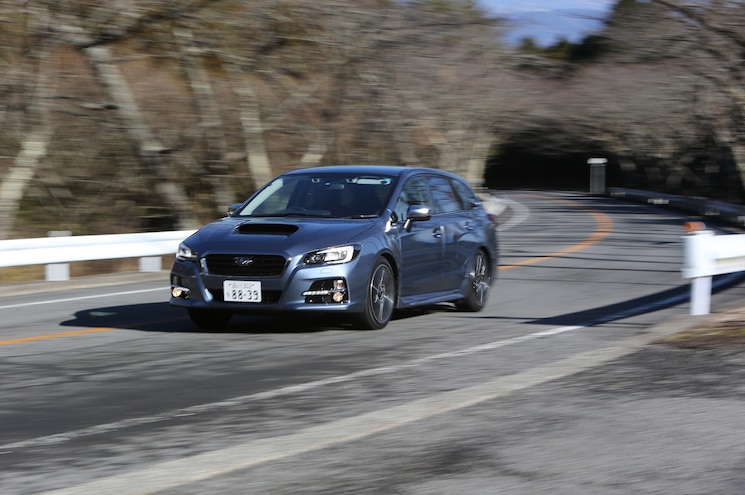 When Subaru announced that its 2015 WRX would come to the U.S. only as a sedan, fanboys of the previous gen's hatchback variant let out a collective sigh of grief that could be heard all along the snowbelt from Portland, Oregon, to Portland, Maine. Sure, the new sedan is cool, but a hatchback possesses inherent attributes -- a curvaceous rump and a larger cargo hold -- that make it special and appealing. Sadly, news didn't get much better when Subaru debuted the 2015 Levorg -- the name is derived from Legacy Evolution Touring -- for the Japan market. Essentially a WRX wagon, the best-looking Subaru in maybe forever wasn't going to take the boat ride to America. Forbidden fruit? For the fanboys, it tasted more like sour grapes. 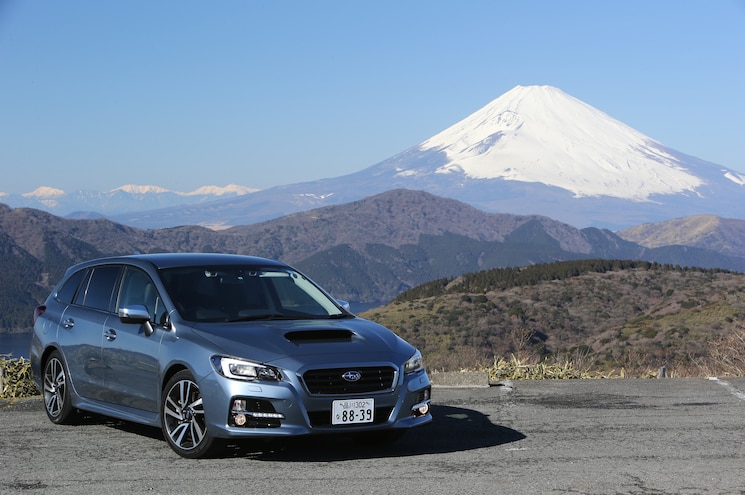 View Photo Gallery | 49 Photos
Photo 2/49   |   2015 Subaru Levorg Front Three Quarter 02
With any luck -- and enough letters to your local Subaru dealer -- those sour grapes might just turn into fine wine. When asked if the Levorg would make it stateside, a Subaru spokesperson replied, "Never say never." Yeah, that doesn't sound all that promising, but at least it's on the table. The holdups? For one, Subaru is concerned that a smallish hatchback, albeit a sporty and speedy turbocharged one, won't convince enough wagon-weary Americans to plop down around $30,000. Further, Levorg production at Subaru's Gunma factory is already running at redline, barely satisfying the 3,000-per-month demand in Japan. But where there's a will, there's a way.
After spending a week in a Levorg 2.0GT-S EyeSight, I'm convinced Subaru needs to find that way. Measuring 184.6 inches long, 70.1 wide, and 58.5 tall and riding on the same 104.3-inch wheelbase as the WRX, the Levorg is about the size of the last Legacy Wagon sold in the U.S. (2005). Too small? Hardly. Cargo room with the 60/40-split seats up is roughly 18.5 cubic feet, a welcome bump from the WRX sedan's 12.0.

"The Levorg shows its rally roots but proves a more mature and luxurious ride."

Power comes from the WRX's direct-injected 2.0-liter turbo, though in the Levorg 2.0 it's tweaked to the tune of 296 horsepower at 5,600 rpm and 295 lb-ft of torque at 2,000 -- substantial bumps from the WRX's 268 and 258, respectively. (A 1.6-liter turbo making 168 horsepower and 184 lb-ft serves as the Levorg's base engine.) The sole transmission offering is a continuously variable automatic that routes all the gusto via Subaru's VTD-AWD system, split 45/55 front/rear. Selectable SI drive modes (Intelligent, Sport, and Sport Sharp) and steering wheel-mounted shift paddles are standard. A manual transmission may be offered later (see below). 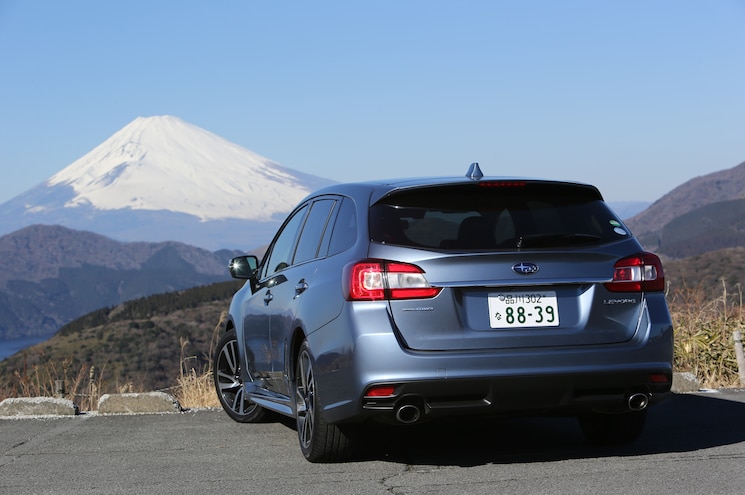 View Photo Gallery | 49 Photos
Photo 6/49   |   2015 Subaru Levorg Rear End
Out on the twisty Mazda Turnpike near Mt. Fuji, the Levorg showed its WRX rally roots but proved a more mature and luxurious ride. With a softer suspension setup and narrower 225/45 Dunlop SP Sport Maxx 050 tires mounted on 18-inch alloys, the Levorg isn't as stiff-legged as the Evo-firm WRX. It's not a point-and-shoot weapon like the WRX, either, but it's still plenty sharp and exciting, providing direct, accurate steering and robust four-wheel disc brakes. If there's a letdown, it's that the Levorg, at roughly 3,450 pounds, doesn't feel any quicker than the less powerful and 100-pound lighter WRX. Still, it'll no doubt sprint from 0-60 mph in well under 6.0 seconds.
The interior mostly mirrors that of the WRX and STI with a thick-rimmed, flat-bottom steering wheel, drilled aluminum pedals, and leather/suede bucket seats, but it swaps the rotary climate controls for buttons and the red stitching, gauges, and accents for ones in blue. Think more elegance, less sport. Ditto for the exterior, which is devoid of the WRX's blacked-out face and droopy butt. On the road, the Levorg's presence is strong and handsome, no matter which way it's heading. The chrome-finished grille, the LED daytime running lights, the more aggressive front apron, the aluminum-look sideview mirror caps -- they all up the beauty factor.
If you can get past the strange name, the Levorg's only blemish is that it isn't gracing U.S. lots. Bring it to America, Subaru. Now that would be a beautiful thing. 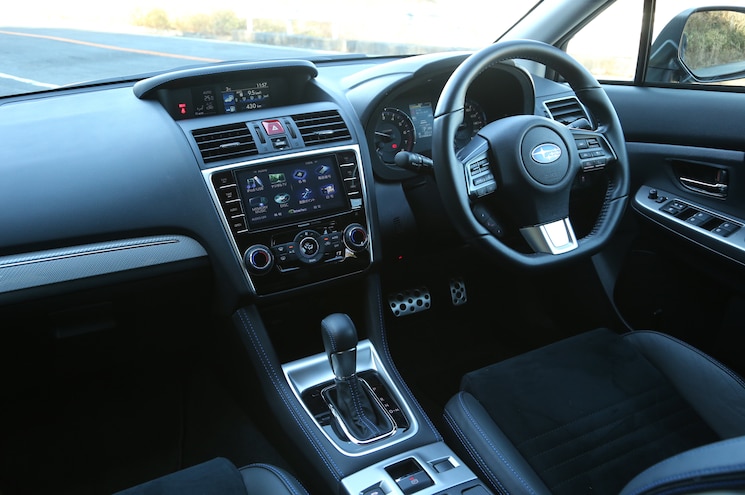 View Photo Gallery | 49 Photos
Photo 13/49   |   The Levorg may be based on the WRX, but its dimensions resemble those of the last Legacy Wagon.

Put a Stick In It 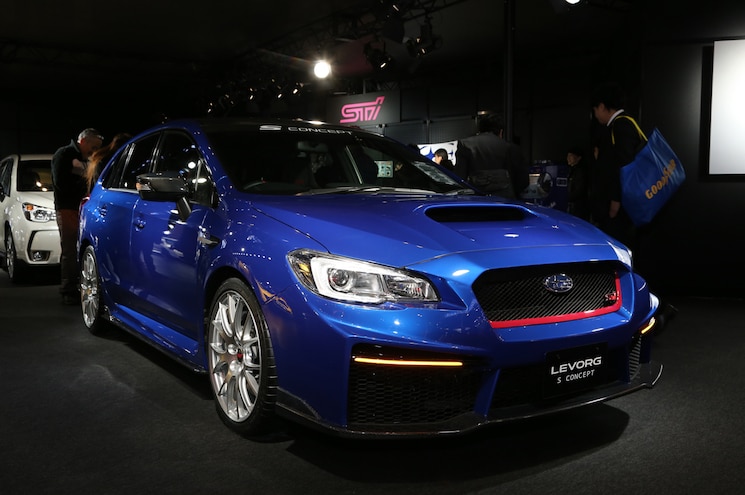 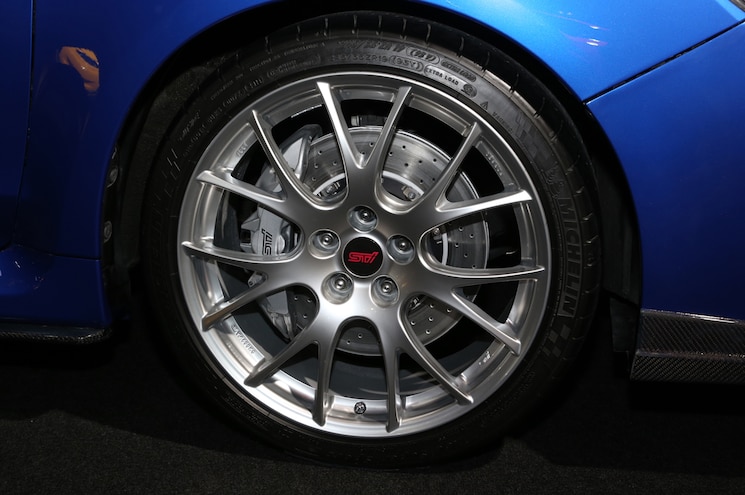