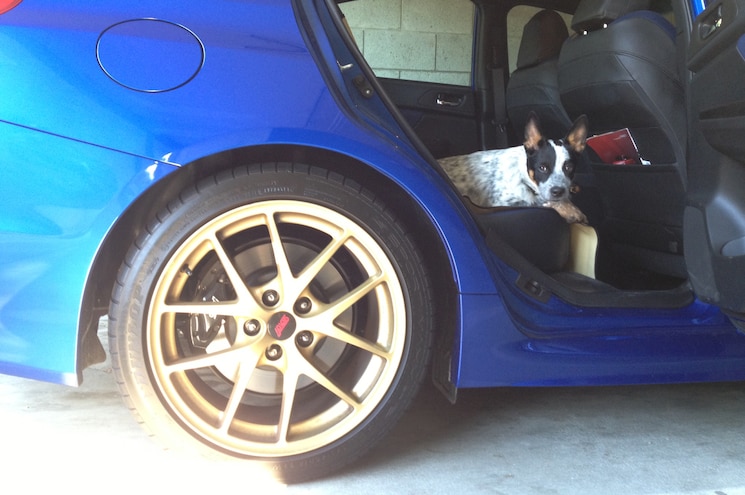 This is Baden. He’s an Australian cattle dog/blue heeler owned and loved by fellow MT scribe Karla and her husband, Rene Gonzalez. (Baden’s rambunctiousness is such that you’d think he ran purely on Red Bull (the original grade, not that Total Zero stuff). Like the 305-horsepower STI, his natural state is “Go.”
You can’t really blame Bae (short for Baden). He’s barely six months old, so he’s primed and ready for the total annihilation of the world’s supplies of puppy chow, socks, and Nike sneakers. But that’s not all. “Ever since day one, he’s had a thing for car rides,” said Karla. 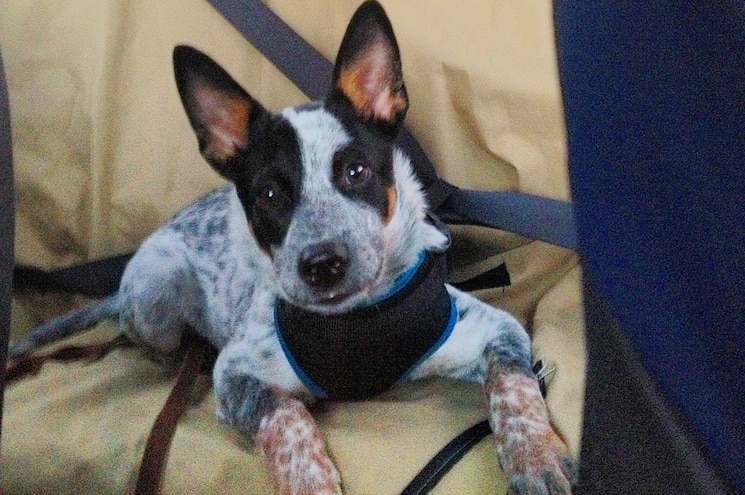 View Photo Gallery | 18 Photos
Photo 2/18   |   2015 Subaru WRX STI Baden Rear Seats
The Gonzalez clan is made of snow-loving, adventure-seeking car enthusiasts, so the STI fit the bill to a T on their recent day trip to Big Bear Lake. Baden, with his ears standing at full attention and tail wagging nonstop, took a seat in the rear. It was his first time in the green Bear Lake forests.
“We went to pick up our Big Bear Mountain season passes and the road up to the resort cuts through the mountains,” wrote Karla. “I knew that Rene definitely had fun in the STI because I was trying to keep Baden from sliding all over -- even with his puppy seatbelt on!” 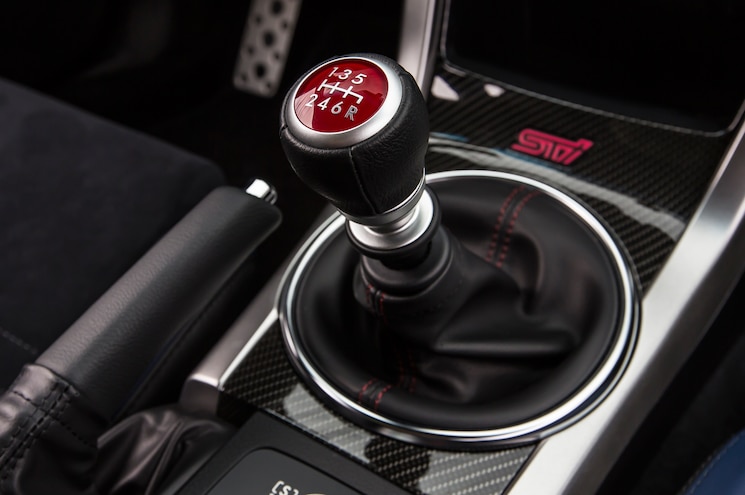 View Photo Gallery | 18 Photos
Photo 3/18   |   2015 Subaru WRX STI Launch Edition Gear Shift Knob
Rene loved the plentitude of grip and power at his disposal. “It was just so easy,” he recalled. Karla enjoyed the crispness of the gearbox and the stiffness of its clutch. “The gearbox and clutch weren’t all that hard for me to adjust to. They actually made it more enjoyable,” Karla said. “I didn’t mind it in traffic, either.”
How’d Bae like it? Well, we’ll never really know. But I’m sure he was thankful for the nicely padded bench seat. And if the number of nose smudges left inside windows is any indication of enjoyment, well, then Baden had a blast.
“Maybe you put ski racks on it next, Nate?” asked Rene. Hmmm, Thule? Are you there?
More on our 2015 Subaru WRX STI Launch Edition: