Insanity, Turned Up A Notch 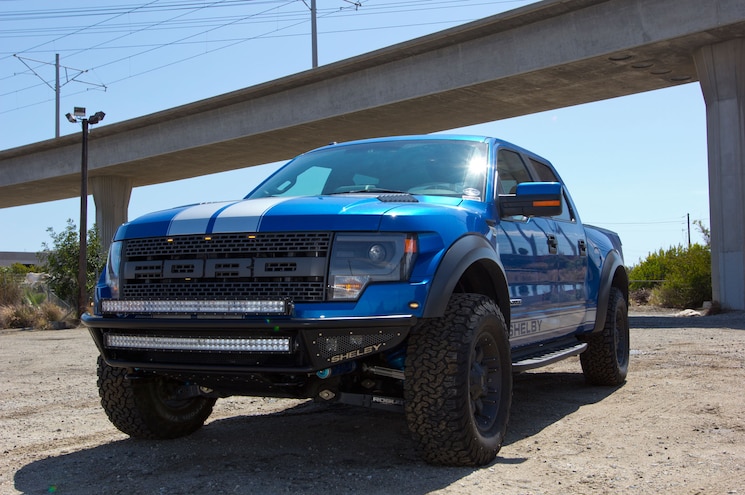 The mad scientists at Shelby have outdone themselves once again. Made famous by Carol Shelby and his winning spirit, Shelby American is known around the world for building race-winning muscle cars, including the Cobra and Shelby Mustangs. Because of the popularity of the Ford Raptor and being no stranger in the big horsepower game, it wasn’t surprising when the company began offering tuned-up versions of this desert dominating pickup.
Shelby’s first dip into the off-road pool was with the simply named Shelby Raptor. The truck received a host of upgrades, most notably a supercharger, which bumped power output up from the 6.2L V-8s factory 411 hp to an earthshattering 575 hp. For some reason, however, this wasn’t enough. And with that, the Shelby Raptor Baja 700 was born.
Based off of the 2011-2014 Ford F-150 SVT Raptor, which the customer provides, the Shelby Baja 700 is nothing short of wicked. And somebody had the dumb idea to let us drive it. 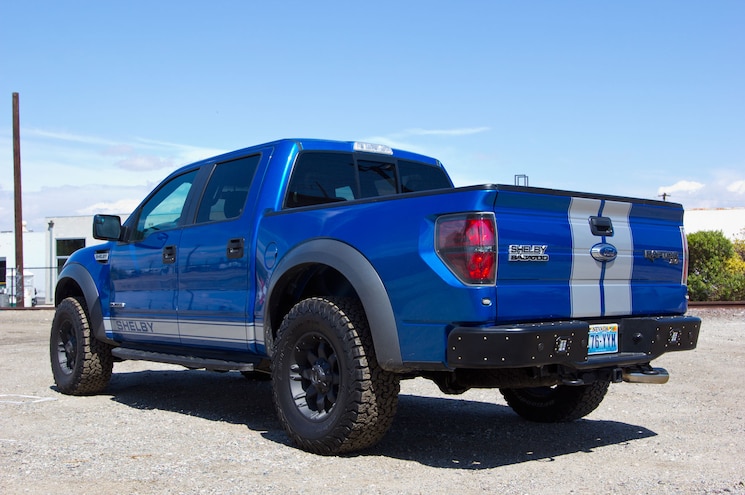 View Photo Gallery | 13 Photos
Photo 2/13   |   004 2014 Shelby Ford F150 Raptor 700
When a customer drops off their Raptor at Shelby American in Las Vegas, it begins a weeklong transformation that includes a host engine, suspension, interior, and exterior upgrades. The body receives unique Shelby Baja 700 badging on the fenders, doors, and tailgate, along with a stripe package. A custom skid plate is added, and Katzkin updates the interior. Fabricated front and rear bumpers and LED lighting are optional. Under the hood is where the magic happens. An extra-large supercharger from Whipple is responsible for cramming enough air into the 6.2L V-8 to churn out 700 ferocious horsepower, while a massive heat exchanger is tucked behind the grille to keep that air charge cool. The suspension it beefed up as well, with new control arms from Rogue Racing and 3-inch King shocks at all four corners. BFGoodrich All-Terrain TA/KO2 tires and 18-inch Fuel wheels round out the package. 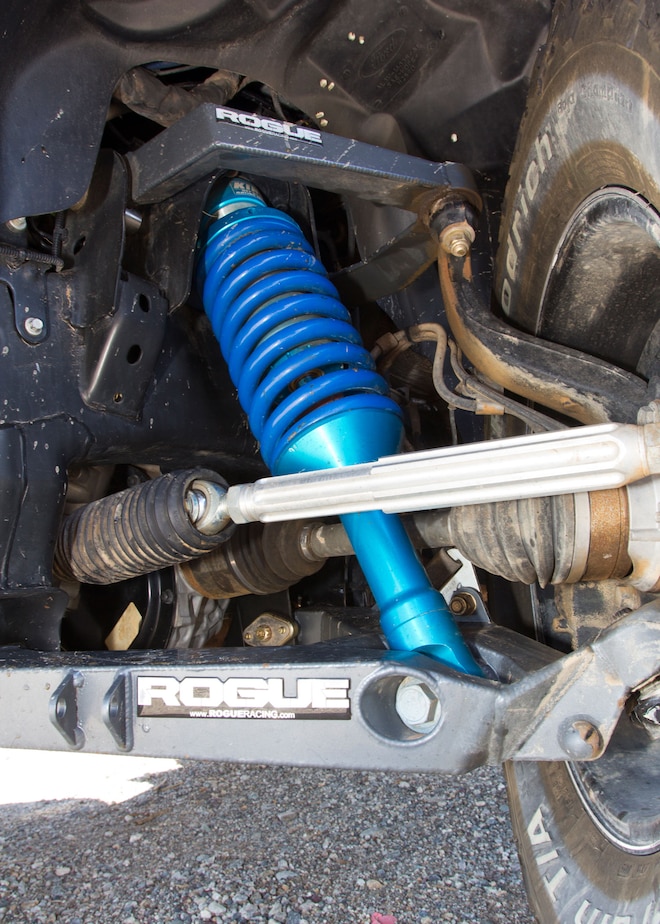 View Photo Gallery | 13 Photos
Photo 3/13   |   007 2014 Shelby Ford F150 Raptor 700 Front Suspension
Sliding into the driver seat is nothing short of amazing. While we were fortunate enough to be handed the keys, it was only for one hour. In Los Angeles. During rush hour. Yeah. So while we did our best to really get a feel for the truck, it was truly an injustice to its off-road pedigree. The driving experience is surreal, in that the average human (ourselves included) doesn’t have any gauge as to what 700 hp feels like. The truck is fast, very fast, while at the same time being very drivable. The tires don’t spin leaving every stop light (unless you want them too) and merging into traffic isn’t a white-knuckled experience (like the Fast and Furious franchise would have you believe). So what did we do with a supercharged 6.2L V-8 in Los Angeles? Headed straight for the tunnels. The sound that the massive Whipple supercharger makes, in conjunction with the tuned Borla exhaust, when mashing the throttle is like the sound of angels singing. It’s heavenly. And ripping through a nice tunnel with the windows down is so amazing it should be illegal (we suppose at the speeds we were going it probably was -- oops). Thankfully, traction control is still fully functional, so keeping the beast in line is easy, even when showing off. We really can’t wait to get a shot at driving the Baja 700 on dirt, where it’s built to really shine. We just need to up our life insurance a bit first.
What will all of this set you back, you ask? Well, assuming you already own a 2011 -2014 Ford Raptor, Shelby will turn your truck into a Baja 700 for the paltry sum of only $45,000. After buying the truck, dropping it off at Shelby, adding some of the upgrades (because really, who wouldn’t), and tax, you’ll be out over $100k. Trust us, it’s totally worth it! 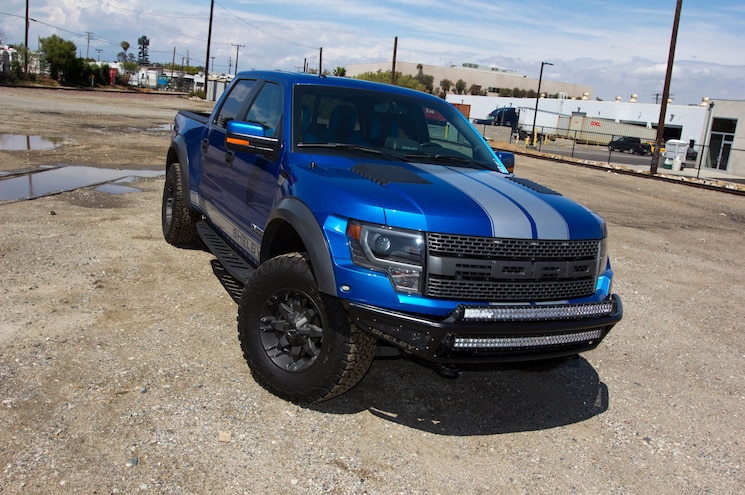