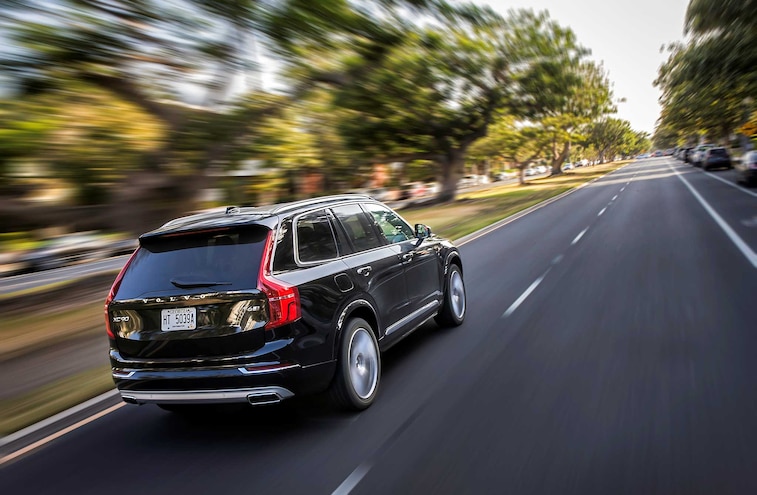 When Volvo introduced its first-generation, midsized sport utility vehicle in 2002, there was a sea of SUVs in the U.S. market. What made this new entry stand apart in the premium segment was its svelte Scandinavian design, moderate price, and world-class safety features that even could withstand hitting a moose. In the ensuing years, the XC90 has had a few facelifts, engine upgrades, and other updates and more than 250,000 buyers in the U.S have purchased it. Even so, the first-gen model was getting long in the tooth, and we've been wondering when a new version would come to market, especially since China's Geely Automotive Holding Company now owns Volvo's car's division, with a goal of selling the crossover in the burgeoning Chinese market. 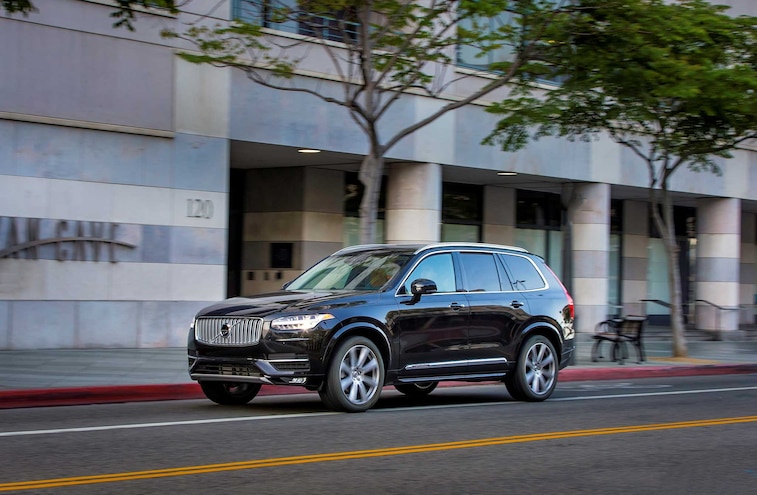 View Photo Gallery | 43 Photos
Photo 2/43   |   2016 Volvo XC90 Suv Driver Side Front View
We'll tell you the newest "Scandinavian sanctuary" is luxury-filled and beset with an Orrefors crystal gear shift and a diamond-cut volume control knob; boasts cutting-edge and futuristic active and passive safety technology; and has a host of new in-car technologies, including the new Sensus infotainment system, with a 9-inch tablet-like touchscreen located above the center console as its crown jewel. The new XC90 will come in three versions and three trims but all are all-wheel drive and shifted through eight-speed automatic transmissions. A sill-plated and numbered First Edition was designed with a unique trim to honor the year this Swedish carmaker was founded in 1927, but if you didn't order one last year within 47 hours of it going on sale, you're too late—The 1,927 individually numbered cars sold out less than two days after orders opened on September 3, 2014.
Volvo says its new drivetrains provide class-leading fuel efficiency and power. The standard T6 Drive-E 2.0L I-4 is supercharged and turbocharged for 316 hp and 295 lb-ft of torque. The supercharged and turbocharged T8 adds an electric motor to the rear axle, for a total system output of 400 hp and 472 lb-ft of torque. It is also world's first seven-passenger plug-in hybrid electric vehicle and has a 17 mile electric range and a fuel economy of 59 MPGe city (preliminary), The T6 is rated at 20 city/25 highway/22 combined and has a top speed of 130 mph, while the T8 can scoot from zero to 60 mph in 5.3 seconds, an impressive feat for a 2 1/2-ton vehicle. 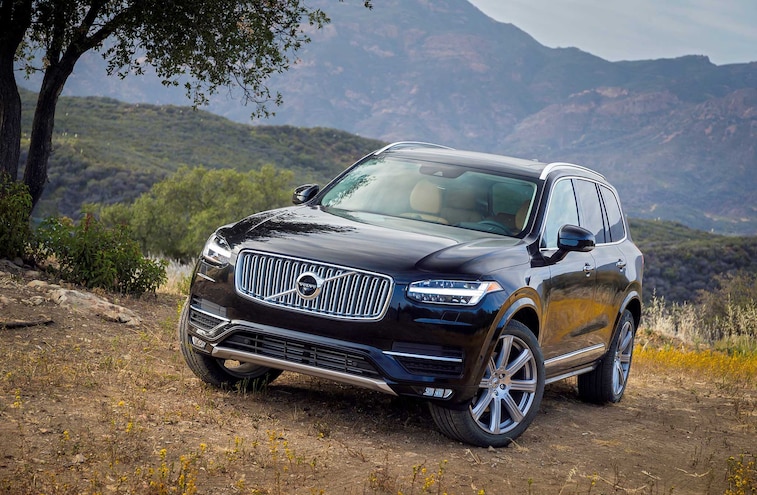 View Photo Gallery | 43 Photos
Photo 6/43   |   2016 Volvo XC90 Suv Driver Side Front View
We drove both T6 and T8 models and found both versions to be luxury-mobiles with pleasing drive qualities, with plenty of power on tap, great brakes, and impressive dynamics from the five suspension settings, including a sport mode. Driving in the T8's Pure mode, we experienced great, quiet power but heard a slight spool-up noise when the audio system was off. The optional air springs and adaptive dampers that eliminate the rear leaf spring enhanced its comfortable and responsive ride. 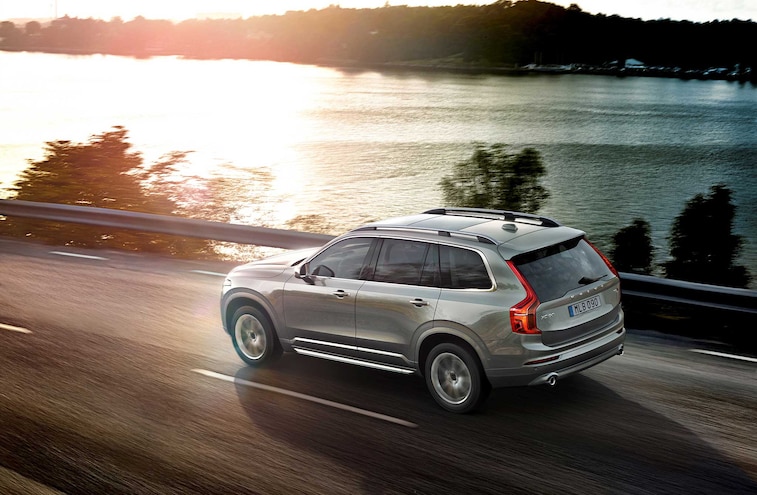 View Photo Gallery | 43 Photos
Photo 7/43   |   2016 Volvo XC90 Suv Driver Side Rear Quarter View
We found the cabin to be one of the best in its class, and despite being laden with at-hand technologies, it is sanctuary-like with sumptuous materials and surfaces and large panoramic glass. Sensus has an intuitive layout for today's tech-savvy consumers; it has access to cloud-based apps including Internet radio, connected navigation, parking, music streaming, and iOS and Android device compatibility for the touch screen display. Sensus also makes the XC90 a Wi-Fi hotspot. The top-level audio system is a 1400W Bowers & Wilkins setup, with 19 speakers and one of the first air-ventilated subwoofers in a car.
Overall, the '16 Volvo XC90 is a fine SUV. Its powertrain technology, safety features, and interior comfort are all on par with competitors, and it offers a very pleasant driving experience. We can't wait to spend more time in one in the near future.
2016 Volvo XC90
TYPE: Premium Crossover SUV
BASE PRICE: $48,900
AS TESTED: T6 AWD Inscription: $66,705
DRIVETRAIN: 2.0L I-4, supercharged and turbocharged
TRANSMISSION: Eight-speed automatic
HORSEPOWER: 316
TORQUE: 295 lb-ft
FUEL CAPACITY: 18.8 gallons
EPA ESTIMATED FUEL ECONOMY: 20 city/ 25 highway/22 combined
CURB WEIGHT: 4,627 lbs 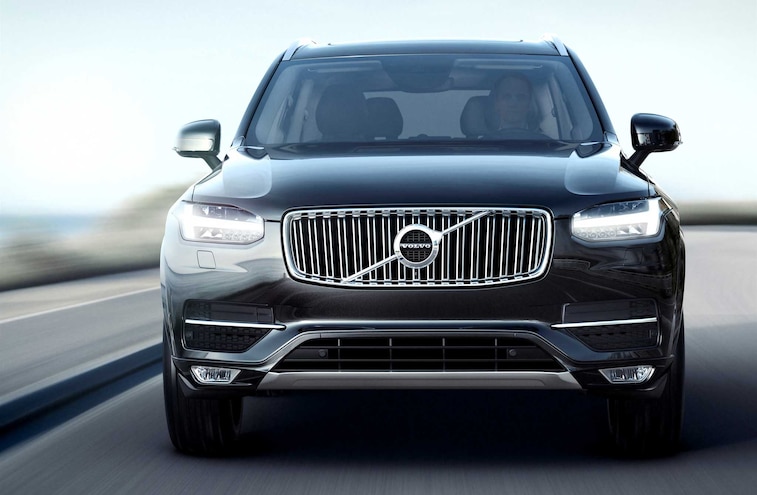 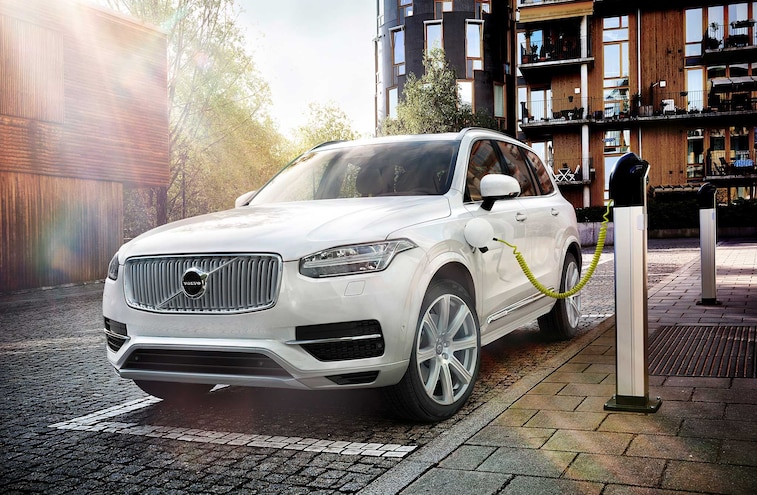 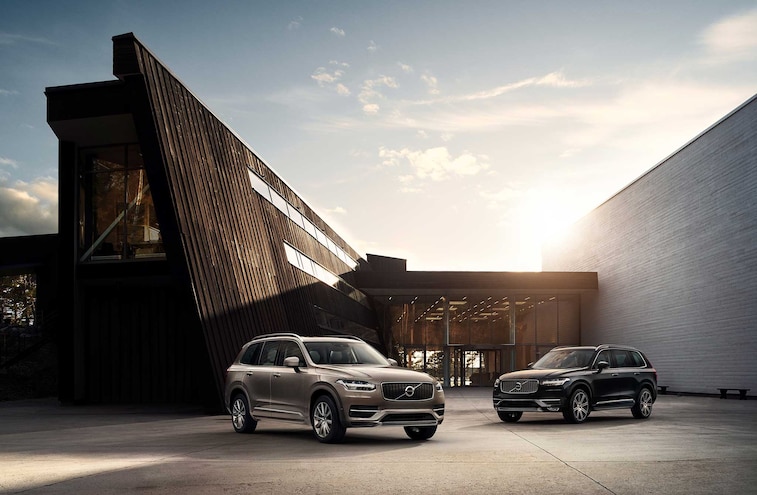 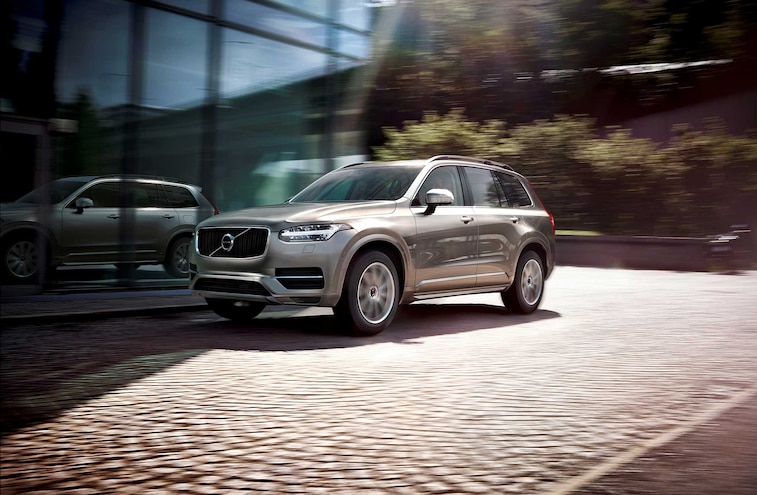 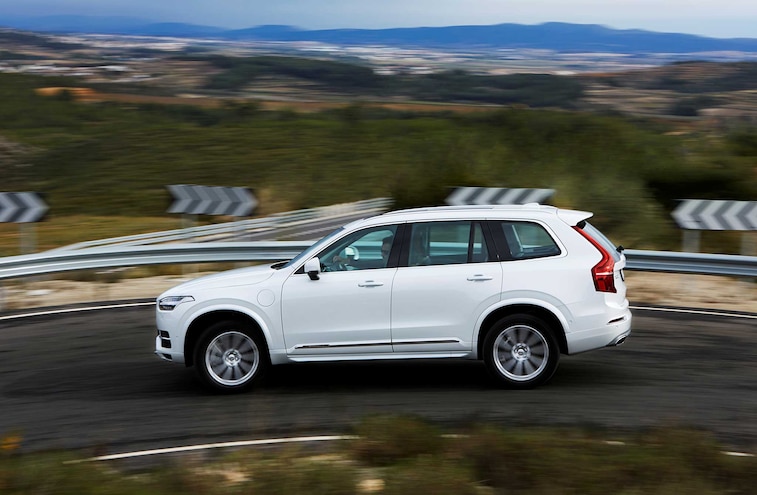 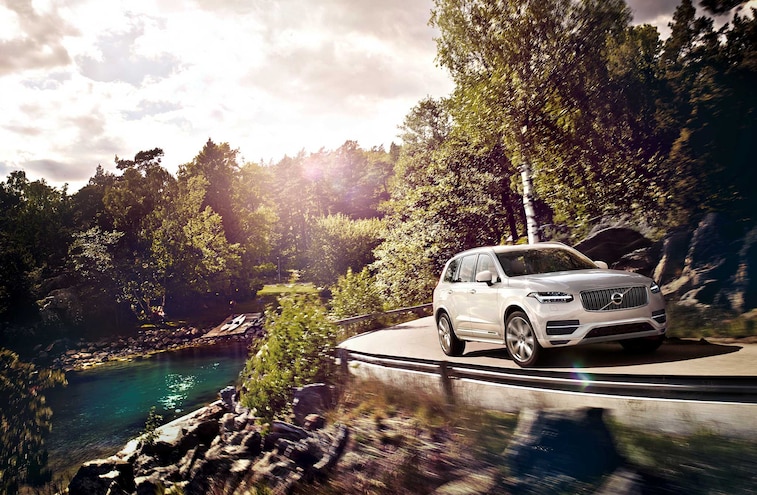