Taking On (Another) Fuel 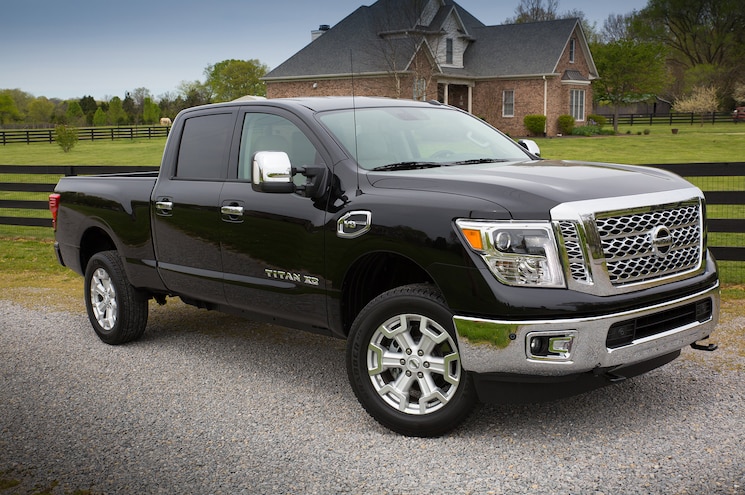 When Nissan recommitted to the fullsize truck space, the company went all-in designing a range of pickups that launched with the introduction of the Cummins turbodiesel-equipped Titan XD. As you probably know by now, the Titan XD is Nissan’s tweener—a not-quite-heavy-duty but more-than-light-duty “Xtra Duty” option in the fullsize truck space. The Titan XD chassis shares nothing with the upcoming 1/2-ton Titan, not even the lug nuts. It’s truly in a class above the typical 1/2-tons, if not quite to the level of today’s true heavy-duty pickups. Following the Cummins-powered XD, Nissan has taken the next step in the Titan rollout by introducing the gasoline model.
Under the hood of the gas-powered XD resides the second generation of Nissan’s all-aluminum 32-valve DOHC 5.6L Endurance V-8, known as the VK56VD, backed by a slick JATCO-sourced seven-speed automatic transmission. While the first-generation VK56DE and new VK56VD blocks are similar, the VD adds direct injection, variable valve timing and lift (Nissan calls this VVEL) on the intake and exhaust side, an automatic transmission fluid warmer, and more than 150 unique parts. Power jumps to 390 hp and 401 lb-ft of torque versus the 317 hp and 385 lb-ft of torque of DE engine, numbers achieved on regular gasoline. This compares favorably to the 5.0L Cummins and it’s 310 hp and 555 lb-ft of torque, and while the 5.6L is not a diesel, the gas V-8 has a broad, flat torque curve for the majority of the power band. In keeping with the “American Titan” theme, the 5.6L engine continues to be produced in Decherd, Tennessee, at Nissan’s Powertrain Assembly Plant. 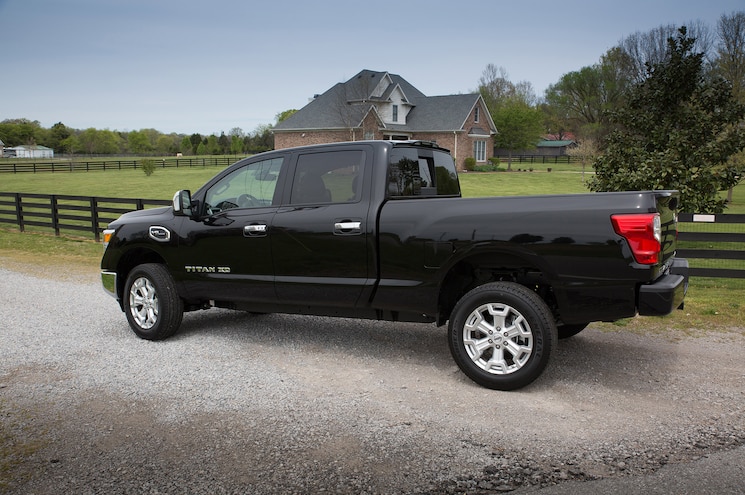 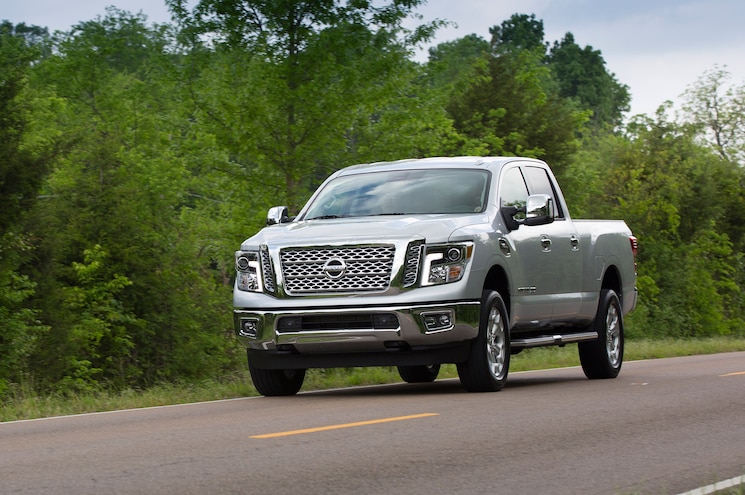 View Photo Gallery | 9 Photos
Photo 3/9   |   2016 Nissan Titan Xd Gas Front
When equipped with the gas engine, the Titan XD comes through the scales about 500 pounds lighter than the Cummins-powered XD. The weight loss is due to an engine and trans combo that is about 300 pounds lighter, plus the removal of the DEF tank and system, along with a less-complicated exhaust setup. Because of this, gas trucks will benefit from a larger maximum payload of 2,594 pounds, versus the diesel’s 2,091-pound max. However, the lower GCWR of the gas truck drops towing down to an 11,270-pound maximum, versus the diesel’s 12,314-pound max.
Other than the powertrain and associated systems, gas and diesel XDs are otherwise identical. Axles are the same AAM 9.84 units as the diesel XD, although the gear ratio rises to 3.36:1, compared with the diesel truck’s fairly low 3.92:1. Brakes are also the same large 14.17-inch front and 14.37-inch rear discs. The steering system, including the steering gear ratio, is similarly shared with the diesel XD, as is the bed with its available LED lighting, optional Titan Boxes, Utili-track rail-and-cleat system, spray-in bedliner, 120V outlet, two-way tailgate assist, and in most trims, an integrated gooseneck hitch. 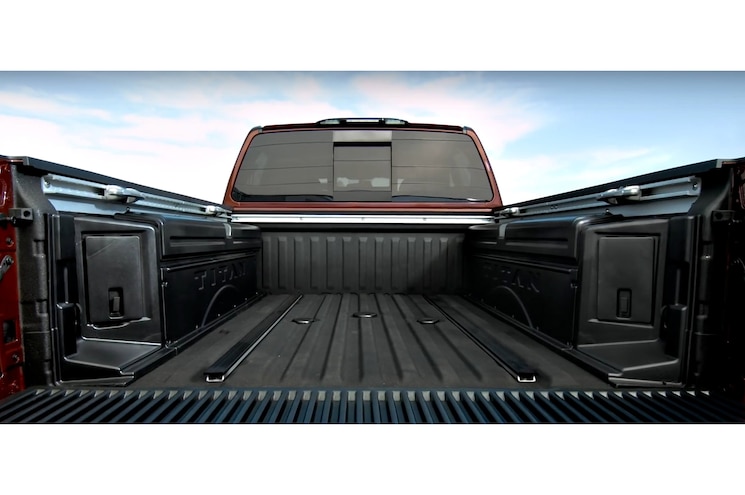 View Photo Gallery | 9 Photos
Photo 4/9   |   2016 Nissan Titan Xd Gas Bed
Stepping up into the cabin reveals standard Titan fare, with no changes over the diesel XD, save for a 6,000-rpm redline on the tach. The exceptionally comfortable Zero Gravity seats are a hallmark of the Titan interior, as are quality materials and a wealth of power outlets that include 12V, 120V, and USB. The column shifter is retained, which opens up the center console for additional storage, and we love the tactile feel of all the switchgear, adding to the overall Titan experience. Luxury touches, such as heated and cooled front seats, heated rear seats, and a heated steering wheel, are available.
Complaints about the driver interface are minor, such as our desire to have a larger screen in the center stack and the ability to see what gear the transmission is in when it is in “D.” We’d also like to see power-folding mirrors, as the big Titan XD can be a bit challenging in tighter city parking spaces. 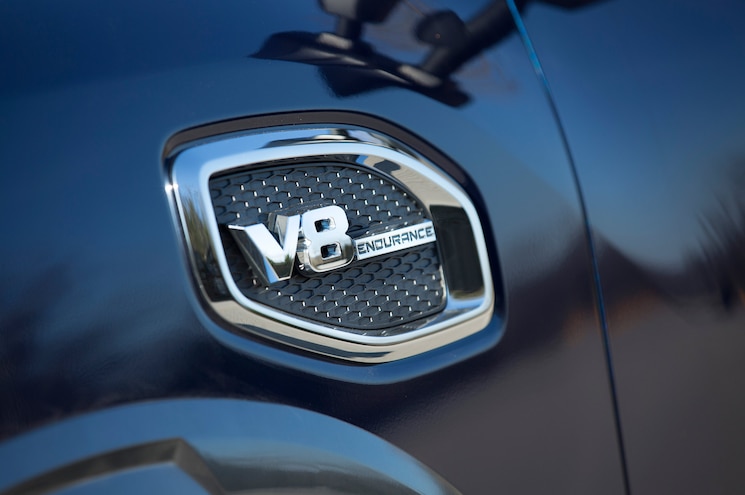 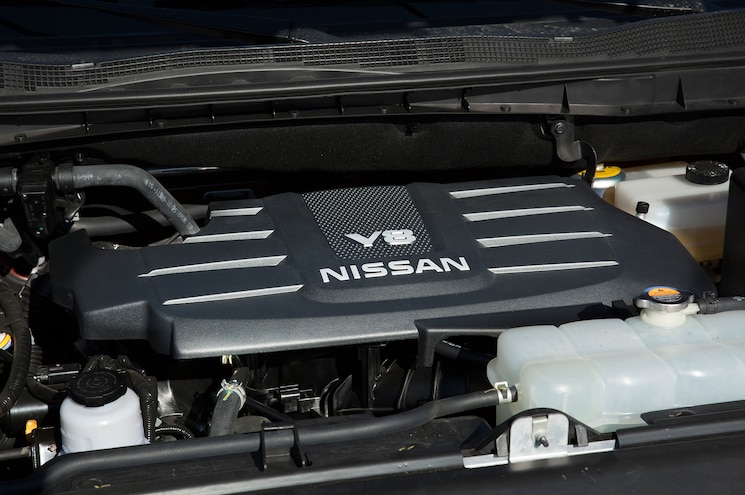 View Photo Gallery | 9 Photos
Photo 6/9   |   2016 Nissan Titan Xd Gas Engine
After pushing the dash-mounted start button, the V-8 comes to life and settles into a nearly silent idle. At 70 mph, the cab is so quiet that all you hear is some slight wind noise around the mirrors. That’s it. Fortunately, some of the original Titan’s rowdy V-8 is perceptible under wide-open throttle, where a sweet exhaust growl can be heard, but the engine favors refinement over attention. Acceleration is noticeably quicker in the lighter gas XD, and the seven-speed transmission is a smooth operator that is quick to shift, always seeming to be in the appropriate gear with none of the sometimes harsh and aggressive feel of the Aisin six-speed that backs the Cummins.
With less weight on the nose, the suspension feels like it breathes a little bit better and steering is more responsive, although the heavyweight steering effort remains. It’s not that the Cummins XD is noisy or rides rough by any stretch; it’s just that the gas model improves on these already great attributes of the diesel XD. 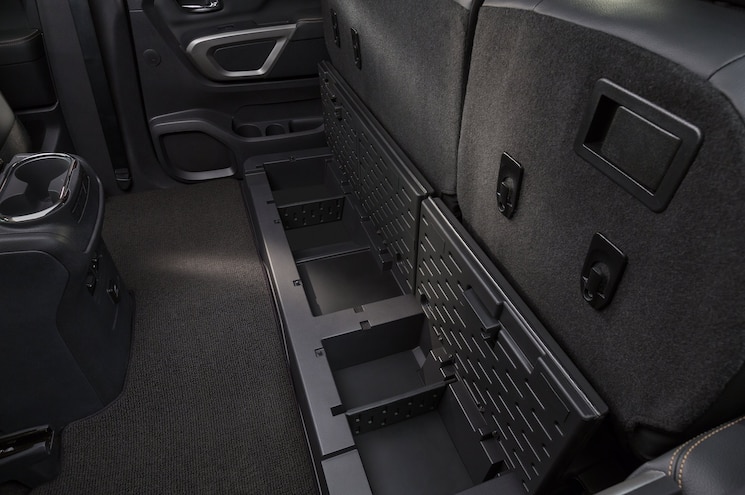 View Photo Gallery | 9 Photos
Photo 7/9   |   2016 Nissan Titan Xd Gas Storage
The gas XD uses a same-size 26-gallon fuel tank as the diesel, and we expect range to be more than 400 miles if our unscientific observed highway fuel economy of about 18 mpg holds true. As with the Cummins XD, we think an extended-range fuel tank in the 30-35 gallon range should be offered, especially for those who tow heavy trailers.
The Titan XD is already a lot of truck for the money with the optional diesel engine, and that value proposition gets even better with the standard gas engine. With a starting price of $35,290 for a crew cab two-wheel drive S model, the gas XD is $5,000 cheaper than the diesel model and includes the same five trim levels of S, SV, SL, PRO-4X, and Platinum reserve. A fully loaded Platinum Reserve XD Crew Cab 4x4 represents the top of the range and can be had for just $55,520. Of course, the XD is available in both two- and four-wheel drive, and in addition to the crew cab, regular cab and King Cab models are on the way. 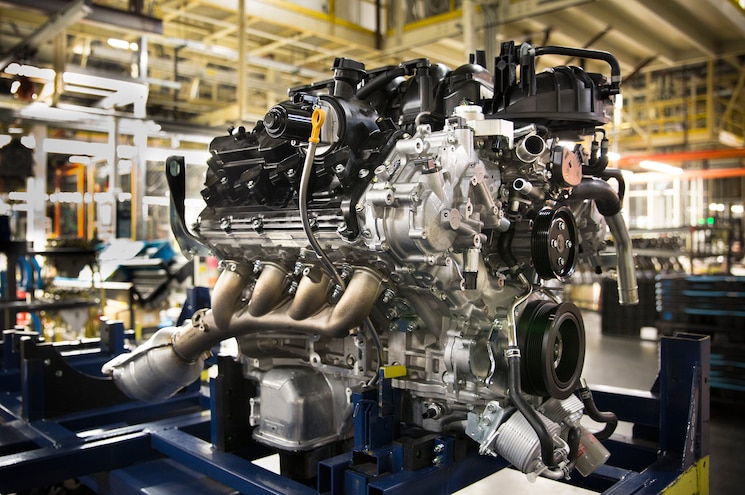