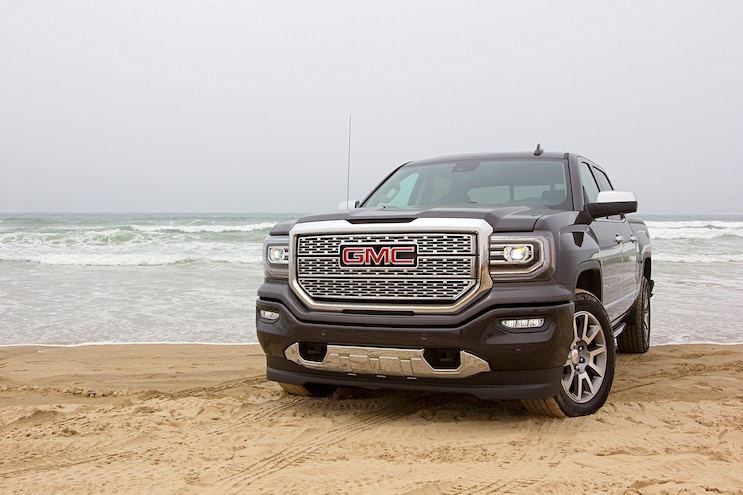 It feels like just yesterday that the we announced to the world that the ’16 GMC Sierra 1500 Denali had won our 2016 Pickup Truck of the Year award. And it’s hard to believe that our long-term tester has already been in the fleet for three months and racked up more than 5,000 miles. We can only attribute time flying by so fast to the fact that the Sierra Denali has been such a pleasure to live with and reaffirms that our Pickup Truck of the Year award went to the right truck.
Through the course of this first quarter the Sierra has performed nearly flawlessly, with the exception of one nagging issue: a very rough transmission clunk. We first noticed this issue when testing a ’15 Chevrolet Silverado 1500, and then it appeared again briefly during our 2016 Pickup Truck of the Year test with the ’16 Sierra Denali. Now, living with the truck, we find that it’s actually a quite frequent occurrence. Our best guess is that since the eight-speed transmission wants to shift so aggressively through the gears that on part-throttle transitions, most often from coasting to accelerating, it gets caught between gears and is forced to firmly shift into the next available. Unfortunately, it’s difficult to replicate on demand, so diagnosing the issue has been tough. Hopefully we’ll have a more solid explanation for this issue by the next report. 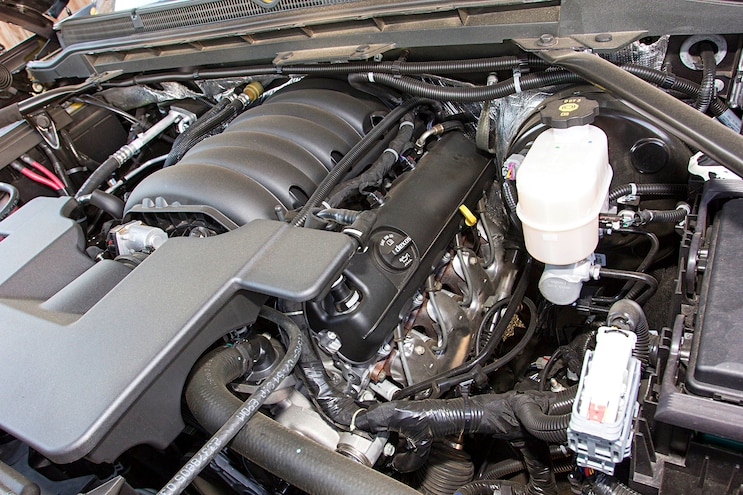 View Photo Gallery | 7 Photos
Photo 2/7   |   Stuffed under the hood is GM’s burly 6.2L EcoTec3 V-8 engine. A combination of Active Fuel Management cylinder deactivation, direct fuel injection, and variable valve timing allow the largest displacement engine in the 1/2-ton class to achieve an impressive EPA fuel economy rating of 15/17/21 mpg.
Aside from the occasional shifting irregularities, we’ve been thoroughly satisfied with performance of the Sierra Denali. Our tester is outfitted with the 6.2L EcoTec3 V-8 engine, the aforementioned eight-speed automatic transmission, and a 3.23:1 axle ratio. The result is a burly V-8 engine that churns out 420 hp and 460 lb-ft of torque that is also rated at up to 21 mpg on the highway. In the real world, this means passing and merging are effortless while still maintaining decent fuel economy. Through this quarter we’re averaging about 15 mpg combined, which is right on with the EPA city estimate but falls a touch short of the 17 mpg combined estimate. Our best tank netted 19.75 mpg, which we hope to improve upon now that the truck has broken in a bit. The downside to all this power is the engine’s thirst for premium fuel, which is required.
Keeping us isolated from the road are the Sierra Denali’s MagneRide magnetic ride control shock absorbers. Previously employed on the Cadillac Escalade, the Sierra Denali received these shocks for the ’15 model year. The magnetic ride control’s sensors read every millisecond and can make adjustments to the shock’s dampening in as little as five milliseconds. This produces a ride that’s one of the smoothest and most controlled of any 1/2-ton pickup that we’ve driven.
So far our 2016 Pickup Truck of the Year–winning GMC Sierra 1500 Denali is living up to our expectations. The interior is quiet and refined, the ride is top notch, the engine is stellar, and we’ve just begun to explore the full range of the truck’s technology suite. Stay tuned as we dig deeper into life with the Sierra Denali in the coming reports. 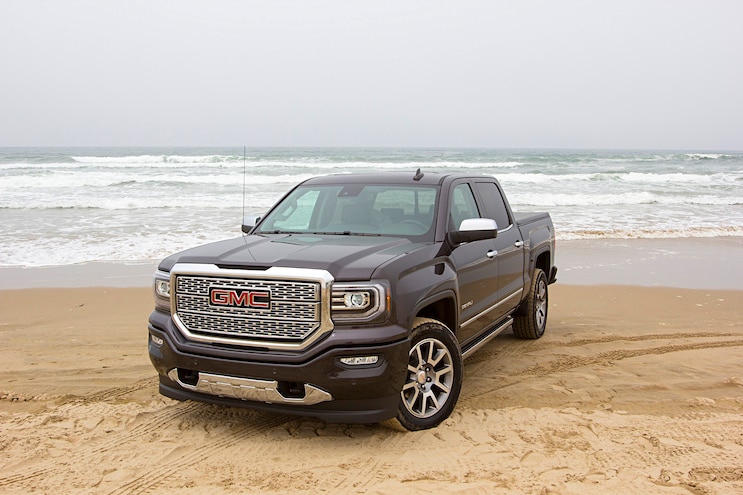 View Photo Gallery | 7 Photos
Photo 3/7   |   The ’16 Sierra 1500 Denali is a gorgeous pickup no matter what angle you view it from. Bold lines and GMC’s signature LED lighting package combine to produce a stunning look that is not easily matched. 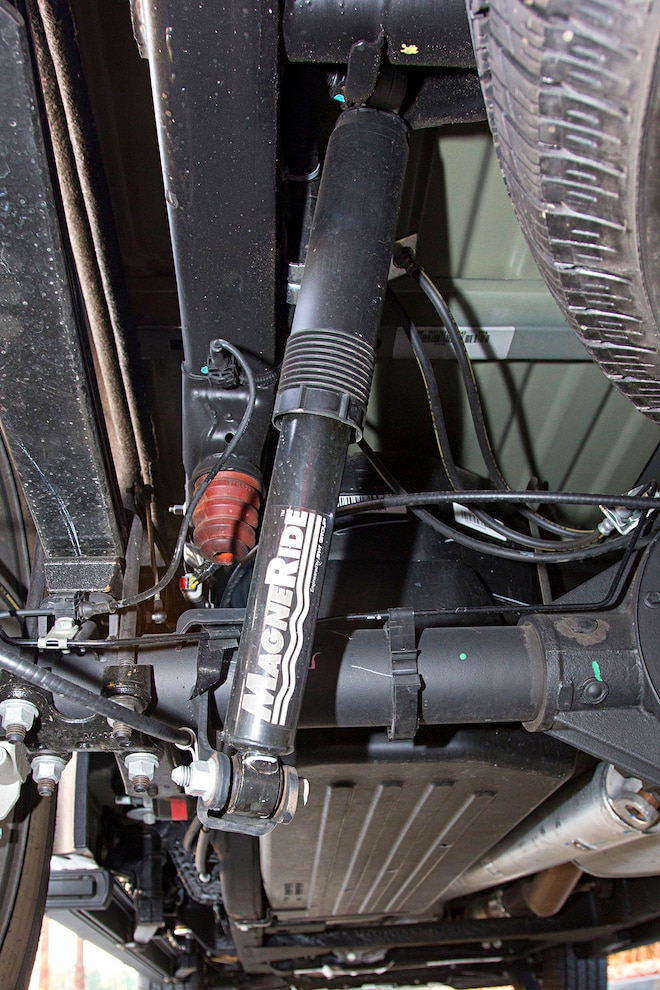 View Photo Gallery | 7 Photos
Photo 4/7   |   Our Sierra Denali is outfitted with GM’s third-generation magnetic ride control shock absorbers. These dampers are filled with a magneto-rheological fluid that contains minute iron particles. Under the presence of a magnetic charge the iron particles align to provide increased damping resistance by increasing the viscosity of the fluid. Changes in the magnetic charge alter the damping rate of the shocks almost instantly.


The transmission has occasional hard-shifting issues.

“Power from the big V-8 is fantastic, and finding the kick-down button at the end of the pedal stroke leaves us with a large juvenile grin.”
“How the heck to do I turn on the LED bed lights?”
“Out of windshield washer fluid, again.”
“BANG! Did we just get rear-ended or was that the transmission again?”

- OF
By Jason Gonderman
691 Articles