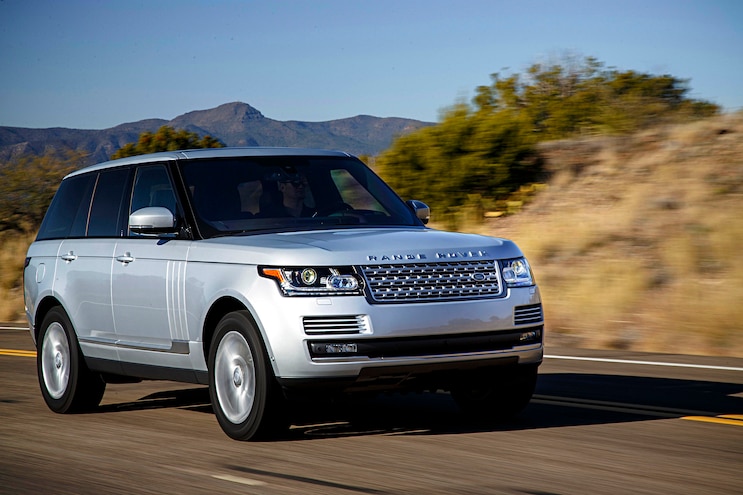 Bouncing back half a year to our July/Aug. ’16 issue, you’ll recall our first drive of the long awaited and new-for-’16 Range Rover Td6 diesel. On paper, it’s a marvelous engine fit into a luxurious host. The 3.0L V-6 turbodiesel engine produces a modest 254 hp and a more impressive 440 lb-ft of torque. Best yet, it’s rated at up to 29 mpg on the highway. Available in both the Range Rover and Range Rover Sport, we decided that further investigation was necessary into whether or not this oil burning power plant is a worthy upgrade over the standard petrol engines. With that in mind, we picked up a ’16 Range Rover and headed out on a weeklong road trip.
The first thing worth noting is that you won’t be buying a Td6 model to make a statement. Sure, merely driving a Range Rover projects a certain impression on those that you cross paths with. However, those folks would be hard pressed to realize there’s a diesel under the bonnet. A tiny badge on the rear gate denotes that you have a Td6 model, but aside from that, it’s indiscernible to the average viewer as the noises it produces both inside and out are strikingly reminiscent of the standard direct-injection gasoline engines the Rover comes equipped with. There were several occasions where passengers muttered the words, “It’s a diesel? Really?” And we got no fewer than half-a-dozen glares from other fuel stop patrons when we pulled up to the diesel pump and grabbed for the green nozzle. Though in this day and age, no one is going to run up and tell you to stop like the old VW Passat commercial would have you believe—they’d rather sit back and watch the show. 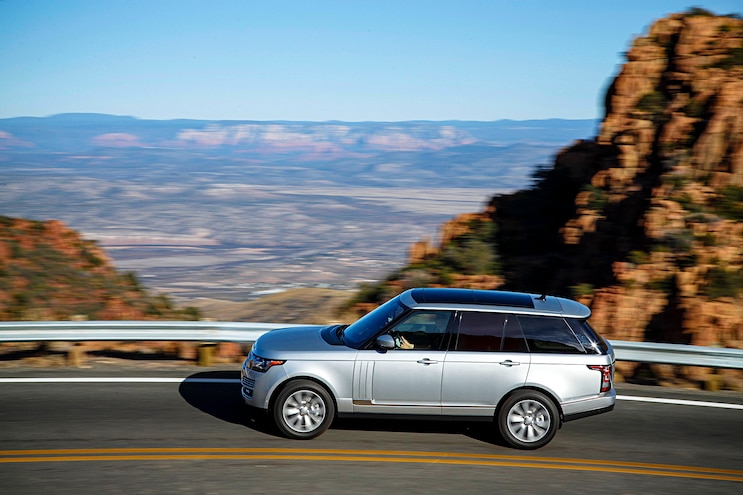 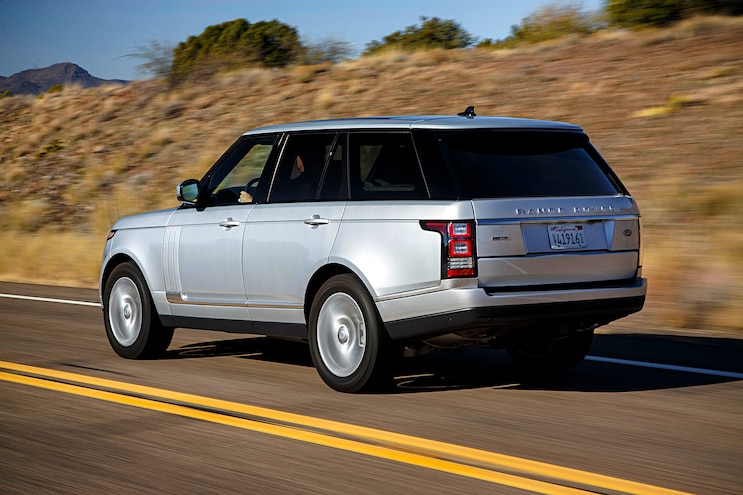 View Photo Gallery | 8 Photos
Photo 3/8   |   2016 Land Rover Range Rover Diesel Rear
With only 254 hp on tap you’re not going to be winning very many races, but the ample torque does ensure that you get off the line at the stoplight quicker than the other guy. Cruising on the open highway, the Range Rover Td6 is just as elegant and sophisticated as you would expect from any in the lineup. It’s quiet, composed, and full of quirky British charm that we’re sure owners get used to at some point. Our tester managed to get close to the claimed fuel economy numbers but, alas, fell a couple short. Even still, knocking down 27 mpg on the highway, the porky ute beats most of its competition. We’re certain if you try for it, greater than 30 mpg can be had pretty easily. 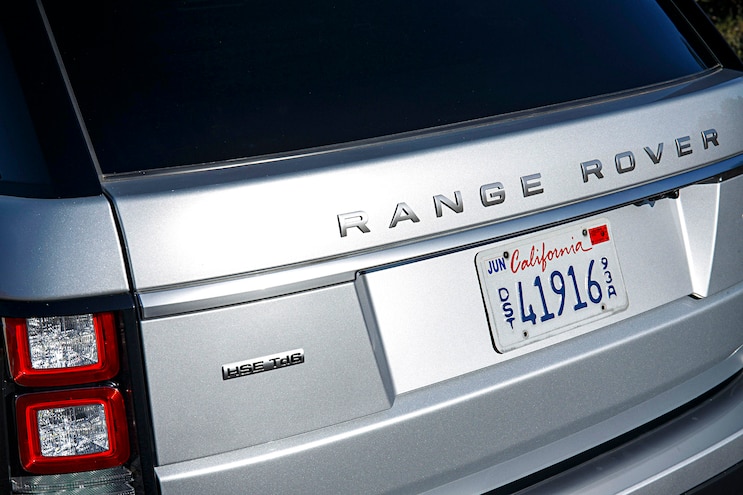 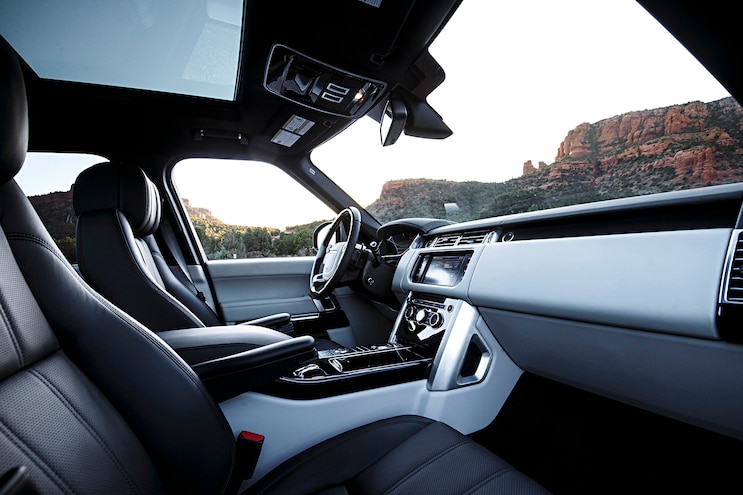 View Photo Gallery | 8 Photos
Photo 5/8   |   2016 Land Rover Range Rover Diesel Interior
For the off-road portion of our week of testing, we chose to hit up the sand dunes, since this is what all of those videos on the Internet would have you believe Range Rovers are built for. In the past, we would have wholeheartedly agreed. However, the wheezy little diesel engine sucks all of the fun out of driving in the sand. In a bit of shameless self-promotion, we’d like to fancy ourselves as good drivers when it comes to sand. However, we got this pig hopelessly stuck very quickly. Where the nasty supercharged V-8 Rover would power through and angrily claw its way out, the diesel Rover wheezed as it dug deeper holes.
Therein lies the rub with the whole diesel-powered Range Rover thing. If your bank account is in a drought, you’re not likely to be cross shopping Range Rovers when looking for your next ride. That said, those who are in the market for the likes of a Rover probably aren’t going to be having any trouble keeping it fed either. So it begs to question what the draw of the low-power, high-mileage diesel engine actually is. Sure, 29 mpg is a huge jump from the supercharged 5.0L V-8’s 19, but then so is 510 hp to the diesel’s 254. With more than double the power and 21 more lb-ft of torque, the supercharged V-8 is truly the way to go. It’s more fun to drive in all situations and is way cooler in the pickup line at your kid’s school. If you really want to save on fuel costs, then a Grand Cherokee EcoDiesel is the way to go. But if you’re looking for a rolling status symbol that costs more than an average Midwest home, throw economy to the wind and step up to the V-8. 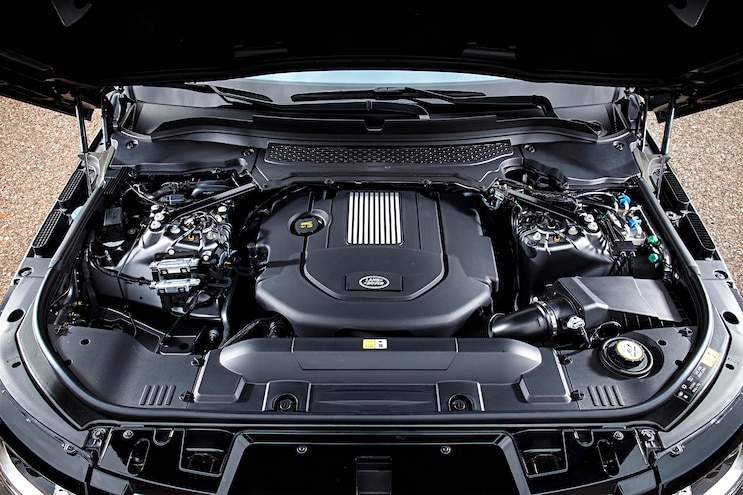 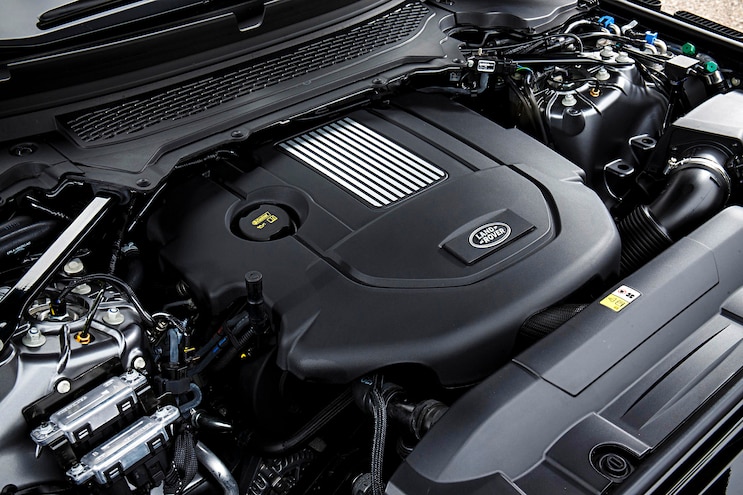 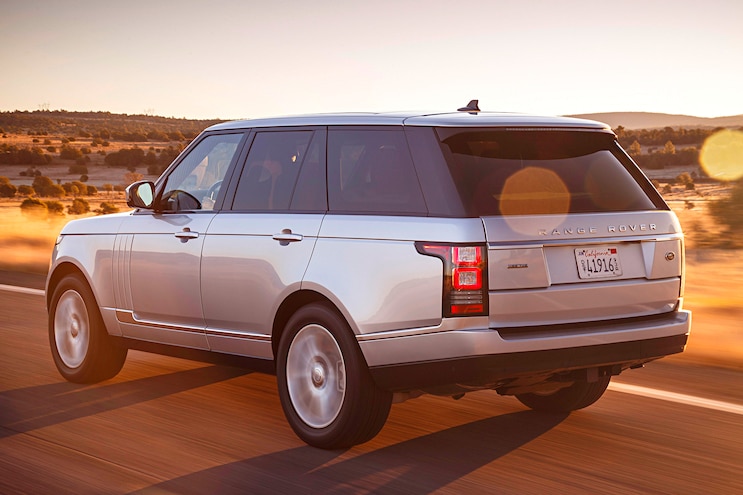