Super Truck Racing: As Big as Racing Gets 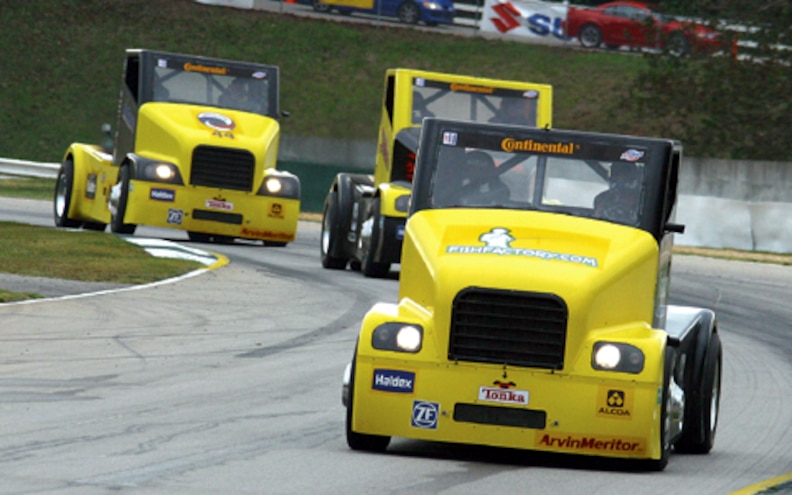 Imagine watching a road race at your favorite track--vehicles screaming down the back straight, braking hard for a tight right turn that leads to a quick left-right chicane. The drivers slide the tails through with ease, quickly grabbing a lower gear to power through the upcoming set of fast sweepers.

Now, replace the 1200-pound sports car you're picturing with a 1000-horsepower, 10,000-pound big-rig tractor truck. Welcome to the world of Super Truck racing, coming soon to a racetrack near you.
In Europe, FIA Super Truck racing has been one of the most popular forms of motorsport for over 15 years. In 2001, the concept crossed the channel when STRANA (Super Truck Racing Association of North America) was created in March of that year. In 2003, these Class-8 trucks--basically big-rigs without trailers--competed in three races under the auspices of the Tonka Super Truck Celebrity Challenge (with the help of the International Motor Sports Association). Two of these races were held at Road America in Elkhart Lake, Wisconsin, and another at Road Atlanta in Georgia.
"About three years ago, we were working with ZF to develop marketing opportunities," says STRANA co-founder Craig Lerner. "They invited us to an FIA Super Truck race in Germany, and, after the event, I was asked if this type of racing would go over in the States. I said, 'Yeah, we can do that.'"
For the past two years, STRANA has been testing the waters at racetracks such as Mosport and Laguna Seca to excited fans and rave reviews. "There's a huge wow-factor here," notes Lerner. "We want the fans to get up close to these trucks, we let kids sit in them and families have their pictures taken in front of them. There's a lot of excitement that's generated before the green flag drops." 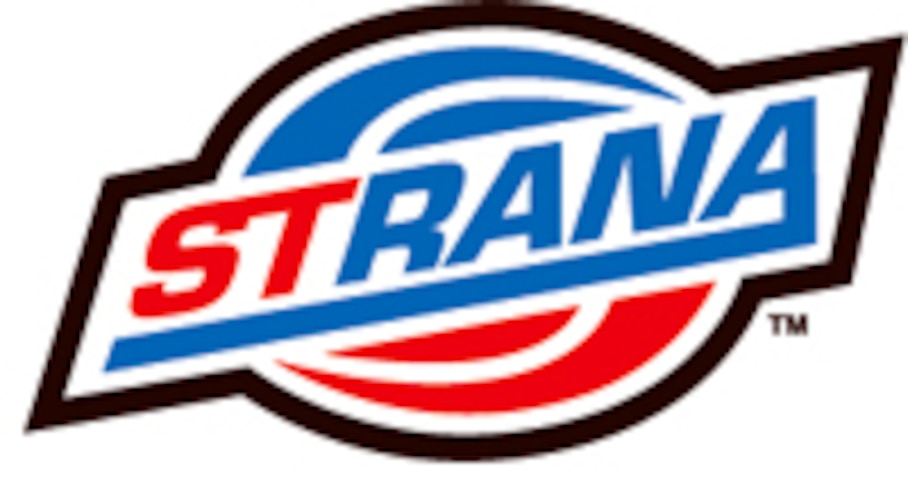 |   163 0402 Trkracing04 S
Unlike rigs that come off the local Freightliner lot, these are tube-framed (with 3/16-inch walls), racebred machines. Think of a NASCAR Winston Cup car, only a lot bigger. Atlanta-based Elan Motorsports Technologies Group--the same company that manufactures G-Force chassis for the Indy Racing League--constructs the rolling-spec chassis for the series. Unlike its roadgoing brethren that use a solid axle, these Tonka trucks use an independent front end for ease of suspension tuning on the varied tracks.

View Photo Gallery | 4 Photos
Photo 2/4   |   super Truck front Left View
Power is derived from the 11.1-liter Caterpillar inline-six turbodiesel that puts out 365 horsepower and 1350 pound-feet of torque in stock form. By tweaking the engine-management system, Elan can squeeze an easy 575 horsepower from the block. With a little turbo work, 1000-plus is obtainable. According to Brian Twill, STRANA's executive director, "These are probably the most durable vehicles in motorsports. Since the trucking industry builds these vehicles to withstand 120,000 miles of pulling upward of 80,000 pounds, we can use a lot of the off-the-shelf parts, and they're extremely reliable in race applications." As in Formula One, these trucks use a manumatic transmission, albeit a five-speed ZF unit that's normally found in buses.
Put the entire package on the track, and it's impressive. Till estimates 0-to-60 mph in about four seconds, and 100 comes in the mid-seven-second range. "You could probably compare these to the 'A' showroom-stock class for cars, as far as acceleration and handling," Twill says. "While those sedans aren't very dramatic taking a corner at 80 mph, our trucks will take the same corner, at the same speed, with lots of drama."

"I find it challenging to drive many types of vehicles, and I've been fortunate to be able to do that in my career," comments Said. "These trucks are awesome because they're so big and they have so much power."

View Photo Gallery | 4 Photos
Photo 4/4   |   Super Truck side View
When asked what he thought about driving a full-scale Tonka truck, Said remarks, "It's funny that Tonka's involved with the series. All I ever wanted to do when I was a kid was play with my Tonka trucks. I remember wanting to drive them. This will be like my toys coming to life. How cool is that?"
Although the final race schedule is yet to be set, Lerner says the 2004 Tonka Super Truck Racing Series will more than likely support many of the American Le Mans Series races and will be showcased in other venues as well. Between 12 and 18 trucks will likely compete, and given the nine ALMS scheduled races this year, there's a good chance fans will have upwards of 12 opportunities to watch these super trucks duke it out on road courses throughout the U.S. and Canada. As Lerner notes, "We're not just another racing series--there's nothing else like us in North America."
For more information, go to www.stranaracing.com.

- OF
By Scott Mead
51 Articles