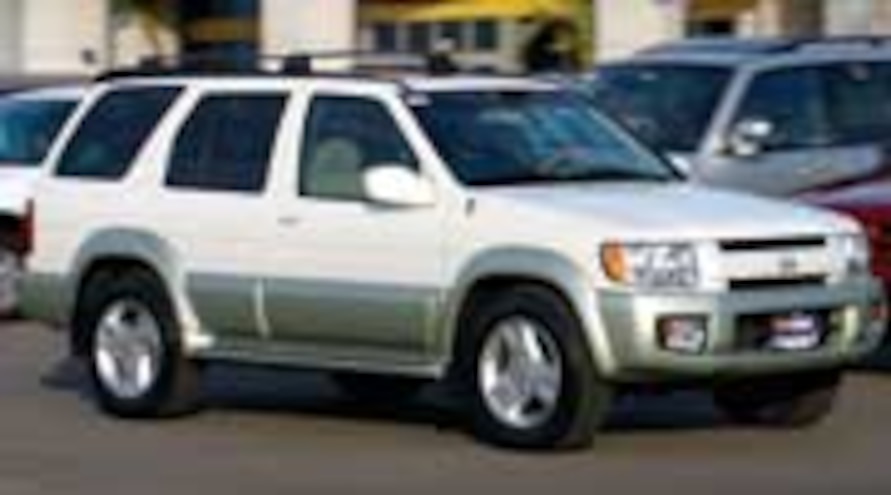 The mid- to late 1990s saw the emergence of the luxury SUV in a big way, with nearly every manufacturer vying for more white-collar dollars. When Nissan introduced the new Pathfinder in 1997, Infiniti dealers also received its version, the QX4, with little more than an upgraded four-wheel-drive system, different front- and rear-end treatments, a monochromatic paint scheme, and a $10,000 premium for the Infiniti badge. QX4 buyers didn't seem to mind, as first-year sales far outpaced projections, and initial quality surveys showed owners were happy with their purchase.

When the second generation hit the shores in late 2000 as a 2001 model, the QX4 finally put some distance between itself and its Nissan sibling. A new 240-horsepower, 3.5-liter V-6 (derived from the Maxima engine) with four-speed automatic became standard fare, with the choice of rear- or four-wheel drive. Generating 265 pound-feet of torque, the revised Q offers spirited performance around town.
Intended to compete as half off-roader/half luxury performance sedan, the Q brings both realms closer together with an independent front-strut/five-link rear suspension. The ride is more like that of a well-tuned luxury sedan: It comfortably suppresses harsh roads, but isn't sport-sedan inspiring. We do like the crisp steering, especially with its vehicle-speed-sensitive rack. Clicking the All-Mode 4WD system into low range, the QX4 makes an impressive change to billy-goat mode, handling moderate trails with ease, thanks to its supple suspension and 8.3 inches of ground clearance.
Moderate styling changes also improve the Gen-2 Q, with its bolder and crisper exterior design, jeweled Xenon headlamps, and less obtrusive body side cladding. Inside, plush yet supportive leather-wrapped seats coddle occupants. Optional front- and rear-seat heaters work quickly and can do double duty as cocoa warmers. Bird's-eye maple trim adds another air of luxury, but some of the less-impressive Pathfinder plastics (especially on the overhead console) cheapen the effect.
Aside from four-wheel drive, options are few: the Premium Package (with 17-inch wheels and tires, wood/leather steering wheel, driver's memory switch and steering-wheel-mounted audio controls), rear-seat VCP (DVD for 2003 models) entertainment system, sunroof, heated front and rear seats, and navigation system. Four-wheel-drive QX4s also are offered with a Sport Package that includes heated seats and a limited-slip differential.
Infiniti's penchant for reliability and durability rubbed off onto the QX4, and recalls have been few. Early models had improperly seated ignition-key cylinder caps, and a few had rear-hatch strut brackets that could bend. As many QX4s were purchased for upscale family-hauling moms, it's fairly easy to find a good, nonabused, and affordable example. Given its as-new starting price of $34,150 (in 2001), finding one that's discounted by $10,000 isn't uncommon, and, if the mileage is down, it'll most likely deliver many more years of satisfying performance.
By Scott Mead
51 Articles