A midsize compact, but still shy of a full-size 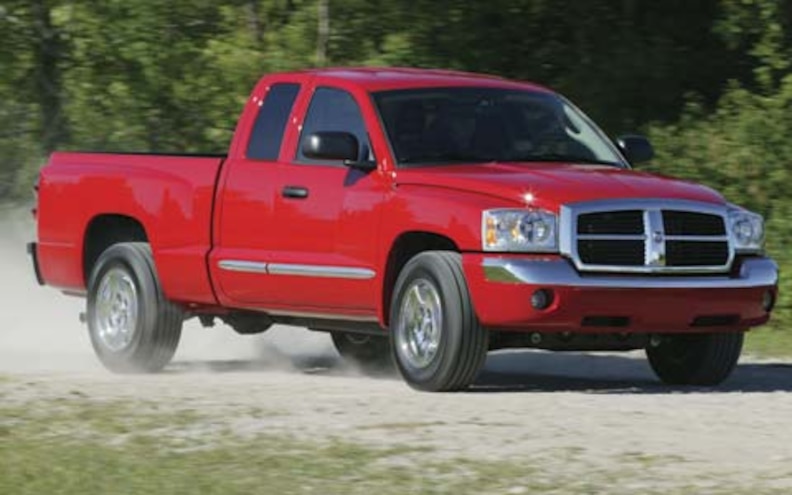 The trend is clear: Nobody wants to make a compact pickup anymore. The 2005 model year seems to mark the death of the compact and renaissance of the midsize. Previous Dakotas have been ahead of the curve, always larger than their competitors. Not surprisingly, the new Dakota stays ahead of the game as well.

Dodge started with a strong foundation, giving the Dakota a new, fully boxed, hydroformed frame, similar to those found under the new Ram and Durango. The chassis change improved the truck's stiffness and strength; it has eight times more torsional rigidity and twice the bending stiffness. The new frame, in conjunction with the octagonal front rail tips carried over from the 2004 model, is specifically designed to make the pickup safer in frontal, offset-frontal, and high-speed rear-impact collisions. While the overall length for Club Cab and Quad Cab models is up more than three inches, wheelbase lengths for the two models will (practically) remain the same at 131 inches. The regular cab version of the Dakota won't return for 2005. 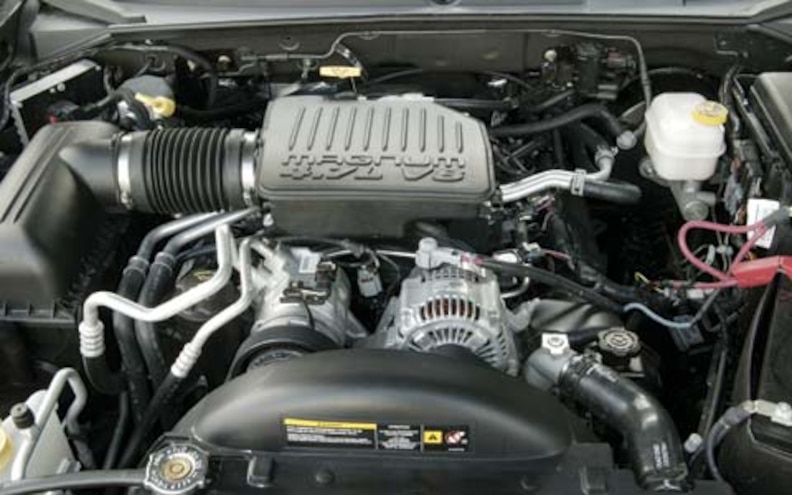 View Photo Gallery | 7 Photos
Photo 2/7   |   2005 Dodge Dakota top Engine View
Front and rear suspensions were upgraded and greatly improve ride and handling during loaded and empty driving. When it's just you and the highway, the Dakota takes turns with gusto and keeps secure grip with the road. Towing or hauling heavy loads, this midsize has the confidence of a full-size, if not the payload capacity. The live-axle, leaf-spring combination in the rear uses a two-stage spring setup and stabilizer bar, while the front end uses the Durango's taller upper control arm and coil-over springs. Even though the spring rates were chosen to optimize the ride, the Dakota now has an 11,700-pound GCWR (gross combined weight rating). 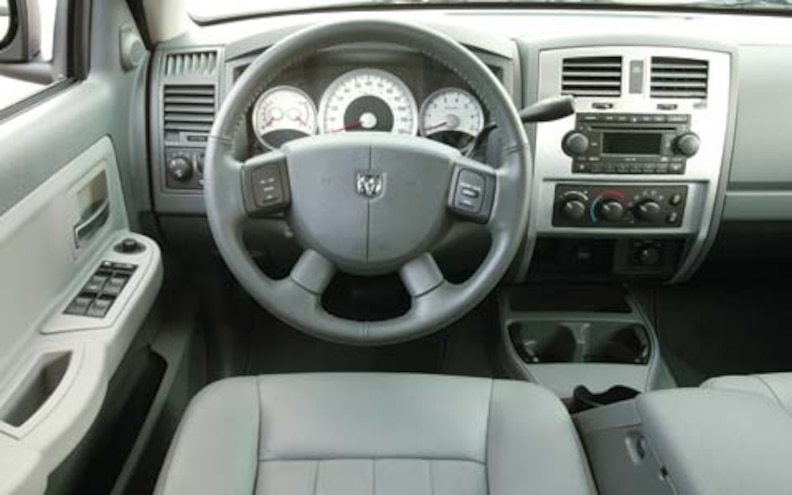 View Photo Gallery | 7 Photos
Photo 3/7   |   2005 Dodge Dakota dashboard View
Dakota drivelines are available in two-wheel-drive configurations or with a choice of four-wheel-drive systems. A part-time system with a separate low-range gear is the base 4WD option, with a full-time 4WD system (also with a low-range gear) offered on SLT and Laramie trim levels. Both have a 2.72:1 electronically controlled low-range transfer case, but the full-time system has a planetary locking differential with a 48/52 torque split. 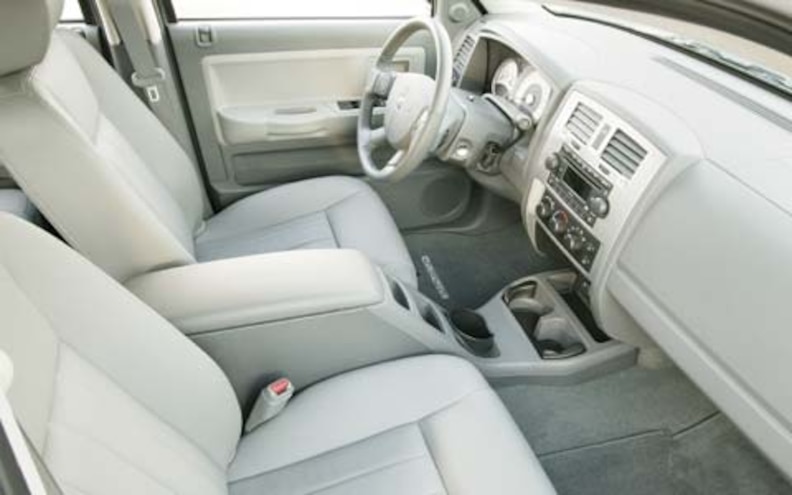 View Photo Gallery | 7 Photos
Photo 4/7   |   2005 Dodge Dakota front Interior View
Payload capacity, towing capacity, GVWR, and GCWR were all increased, and the numbers beat everything in its class. Because both models share frames, the Club Cab comes solely with a 6-foot-6-inch bed and the Quad Cab receives a 5-foot-4-inch bed.
Powering the new truck are three engines, two of which (the 3.7-liter V-6 and the 4.7-liter V-8) were carried over from last year. However, new for 2005 is a high-output 4.7-liter V-8, with 250-plus horsepower, more than 300 pound-feet of torque, and a growling rumble that'll make you want to risk getting a few speeding tickets. While these specs come close to the 5.9-liter Magnum V-8 engine in the Dakota R/T (2003 was its last year), this new H.O. motor won't be available with a manual transmission, unlike that previous model's. (Perhaps a Hemi SRT or R/T version, complete with manual, is in the Dakota's future?) The new Getrag six-speed manual shifter is available with the V-6 or the standard-output V-8. A four-speed automatic is optional with the V-6, and the well-used 5-45RFE five-speed automatic is an option on the standard 4.7-liter V-8. The five-speed auto is the only transmission available for the high-output V-8.

Safety features include a new advanced airbag system, optional side-curtain airbags that can protect both rows of seats, optional four-wheel ABS (rear-wheel is standard), Electronic Brakeforce Distribution, and front disc brakes.
Just like its older brother and SUV cousin, the truck's exterior was designed to look tougher and more distinctive than the previous generation. Its fender flares are more aggressive and front fascia more chiseled. As with the Durango, an airdam was added below the front fascia to enhance the front end's new look, while reducing airflow under the truck to lower drag.

View Photo Gallery | 7 Photos
Photo 6/7   |   2005 Dodge Dakota front Interior View
Dodge had to walk a careful line with the new Dakota--the company wanted to make the truck bigger, faster, and more comfortable, but had to be sure the new truck didn't step on the Ram 1500's toes. The manufacturer succeeded in making the Dakota a viable option for two different buyers: those who need more than a compact, and those who want a tow vehicle that's smaller than a full-size. As to price and value, Dodge is offering V-8 power for under $20,000--and no other truck builder can say that.