Not bad -- for a place holder

So it's finally come to this: One of America's great luxury marques, once the preferred transport of presidents and plutocrats, is now basically a trim level on an F-150 pickup truck. That low rumbling sound you hear is Henry Leland (the founder of the brand, who named it after his lifelong hero, Abraham Lincoln, the man for whom he voted many years earlier -- eventually, he had to sell to Henry Ford to avoid bankruptcy) turning over in his grave.
That said, they'll probably sell a bunch. Ford insiders hint the Mark LT is a stopgap product designed to keep agitated Lincoln-Mercury dealers in truck-friendly states happy. Meantime, they say they wouldn't be disappointed if 13,000 Mark LTs were sold in a full year, and if sales reached 20,000, they'd be ecstatic. You can understand why when you consider the base price for a two-wheel-drive Mark LT is $40,050 or almost 10 percent more than the sticker for a top-of-the-range F-150 King Ranch crew cab. It seems the market for $40,000 to $45,000 pickup trucks won't be slowing down anytime soon. The lure of big profits (even on small volumes) per vehicle make it too attractive, especially to domestic automakers. How long before Lexus and Infiniti try something with the new Tundra or Titan? What about an Acura Ridgeline? 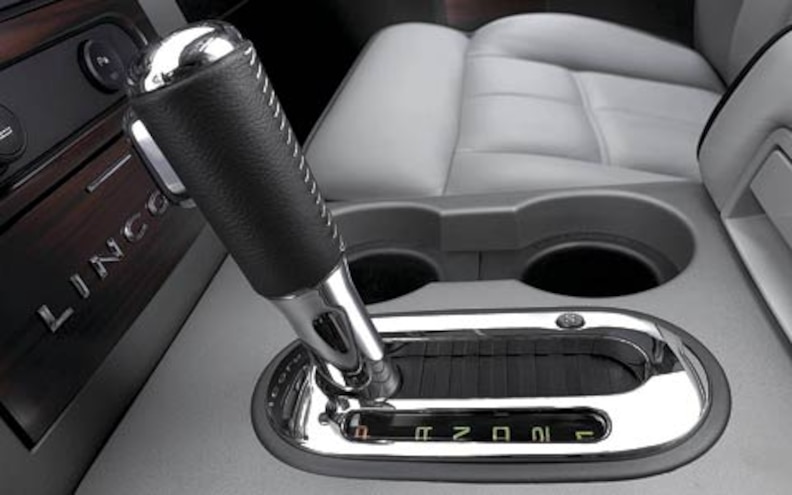 View Photo Gallery | 5 Photos
Photo 2/5   |   2006 Lincoln Mark Lt shifter View
If there's a single lesson this particular Lincoln execution teaches us, it's that the Blackwood failed mostly because it couldnit do what the look and shape promised. Make no mistake; this Lincoln Mark LT works well as a real truck. Our fully loaded four-wheel-drive tester (topping out at nearly $46,000) proved quiet and smooth riding around town, just like, er -- a fully loaded F-150. The 300-horsepower, 5.4-liter V-8 could use some more midrange punch, however, and the lazy four-speed automatic needs waking up -- the transmission's reluctance to kick down means rolling acceleration at freeway speeds is surprisingly sluggish, almost feeling like the truckis stuck in second gear. Likewise, you need to plan passing moves with care on two-lane roads. 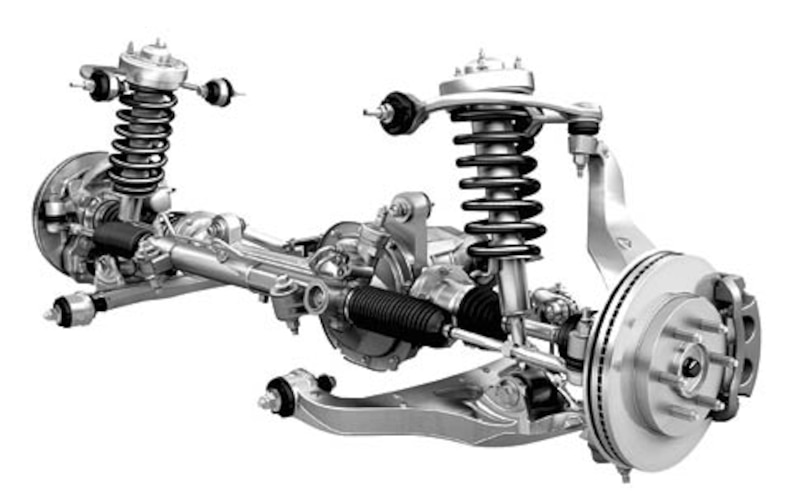 View Photo Gallery | 5 Photos
Photo 3/5   |   2006 Lincoln Mark Lt axel View
For better or worse, there have been no changes to the suspension. Unlike the Navigator and Aviator, the Mark LT spring rates and shock valving are identical to its genetic clone F-150 Lariat. On the plus side, that means you get every ounce of its 1310 pounds of payload and 8900 pounds of towing capacity.
The cabinis a comfy place, enhanced by the Lincoln-grade leathers stitched onto the steering wheel, shifter, and seats. Our metallic-beige tester was trimmed with soft, camel-colored Nudo leather that looked wonderful against the ebony wood accents and chrome highlights, but showed every single mark and smudge. Expect to work hard keeping the seats and console clean if your clothes tend to get soiled during work or play. This isn't really a working truck, although, unlike the Blackwood, you can actually carry stuff in the pickup bed and tow a trailer. We expect this Lincoln to be popular with fashion mid-managers with families and friends that need to arrive in style. Still, weid like the idea of something loaded with more reserve capability than it needs. Good to know it cleans up well and could slug it out moving the brother-in-law to another town.

View Photo Gallery | 5 Photos
Photo 4/5   |   2006 Lincoln Mark Lt driver Side Interior View
Standard equipment is, as you'd expect, lavish. Lincoln-Mercury has kept the options list tight, offering only 12 extras, including a choice of custom wheels, chrome rail bars for the pickup bed, and a rear-seat DVD entertainment system. Yeah, it's lux, but will this be enough to keep up with the Cadillac Escalade EXT and bring honor back to Lincoln? This is probably a good start, but they'll need plenty more where this came from. TT