Ready To Pull a House Down 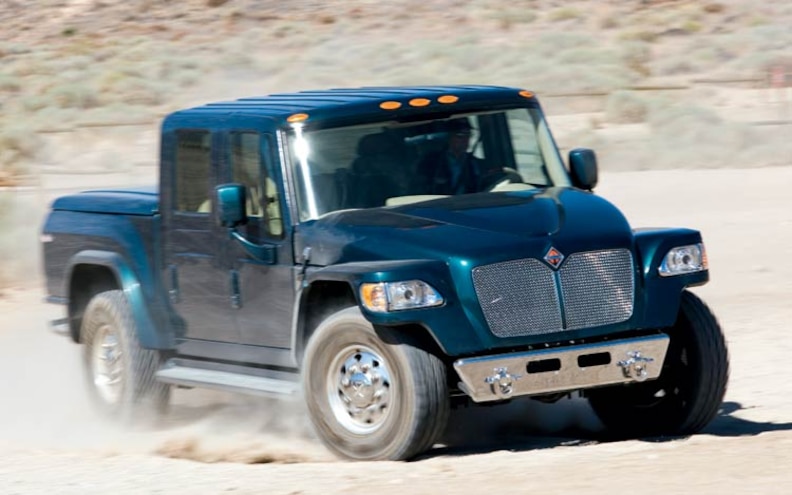 The new MXT is an ego-boosting, earth-shaking show-stopper. It's born from the same ideals as a large truck designed for military use--it offers carrying flexibility, durability in extreme conditions, and incredible strength. However, a truck like this, tricked out for civilian use, has just one purpose--letting its owner show off. That's exactly what the new MXT does.
We first saw this truck three years ago, when International, a major player in the civilian heavy-truck industry and increasingly in the world of military transport, unveiled the military-spec SmarTruck III concept and a commercial variant (Truck Trend, July/August 2004). The commercial version became the MXT, an intimidating, highly capable machine.
Riding on 40-inch tires, the three-and-a-half-ton MXT is seven and a half feet tall, eight feet wide, and 21 feet long. Its 300-horsepower V-8 diesel engine makes 530 pound-feet of torque, which is pushed through an Allison 2200 RDS five-speed automatic transmission. Bringing the truck to a halt are four-channel ABS hydraulic brakes. 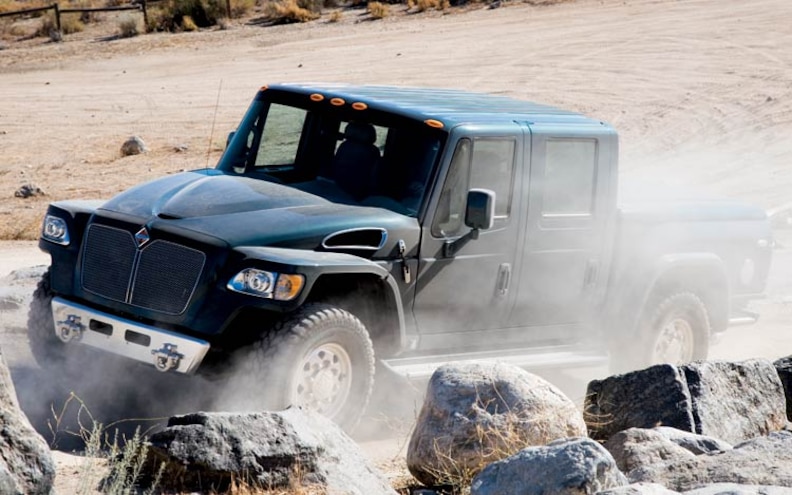 View Photo Gallery | 14 Photos
Photo 2/14   |   2007 International Mxt front View
The truck's large blunt nose and bumper cutaways let it climb like a goat over obstacles--grinding them up with all four wheels in one of two 4WD gear ranges. The short rear overhang prevents the truck from getting hung up--but even if it did, the aircraft-carrier-size tow hooks would make quick work of hauling it off whatever smaller vehicle it was stuck on.
In the back, the deep, seven-foot cargo box is lined with chromed checker plate and is built to carry two tons of cargo while the standard rear hitch will tow another eight. It hauls these weights on a 6500-pound front-drive axle and an 11,000-pound-capacity rear one.
Inside, it carries five in upgraded, air-conditioned comfort. Its crew cab rides on an airbag suspension system that isolates the cab's movements from those of the chassis. 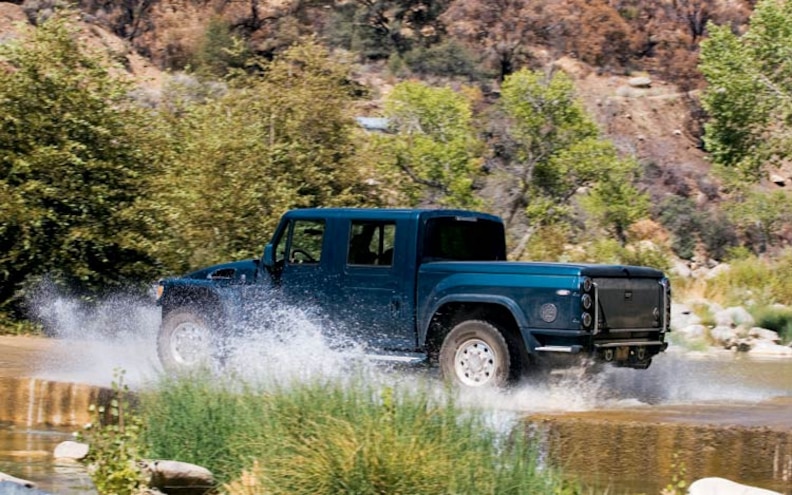 View Photo Gallery | 14 Photos
Photo 3/14   |   2007 International Mxt rear View
What's it like to drive something this size? Because the MXT is equipped with an automatic transmission and power steering, maneuvering it is surprisingly easy, and the tall seating and truck's blunt features offer a solid, spatial sense. Lane management is a snap and the backup camera prevents any Prius from being accidentally crushed. The one caveat is the turning radius--it reminds us of a line from an old country song: "Give me my 40 acres and I'll turn this rig around." It's kind of like that.
Still, there are benefits that make up for the need to make wide turns. Pulling up to a stoplight in Barrie (near Toronto, Canada), the MXT slid in alongside a tinny-sounding racer wannabe piloted by a driver who felt the need to share his thumping bass with the rest of the community. His eye line was about even with the truck's runningboard. When we did a decibel test by revving the diesel (in neutral) to 2000 rpm, the thumping bass miraculously stopped. Then the coup de grace: When the light turned green, the application of 530 pound-feet launched the truck into warp drive, leaving our musically challenged friend in the MXT's wake. 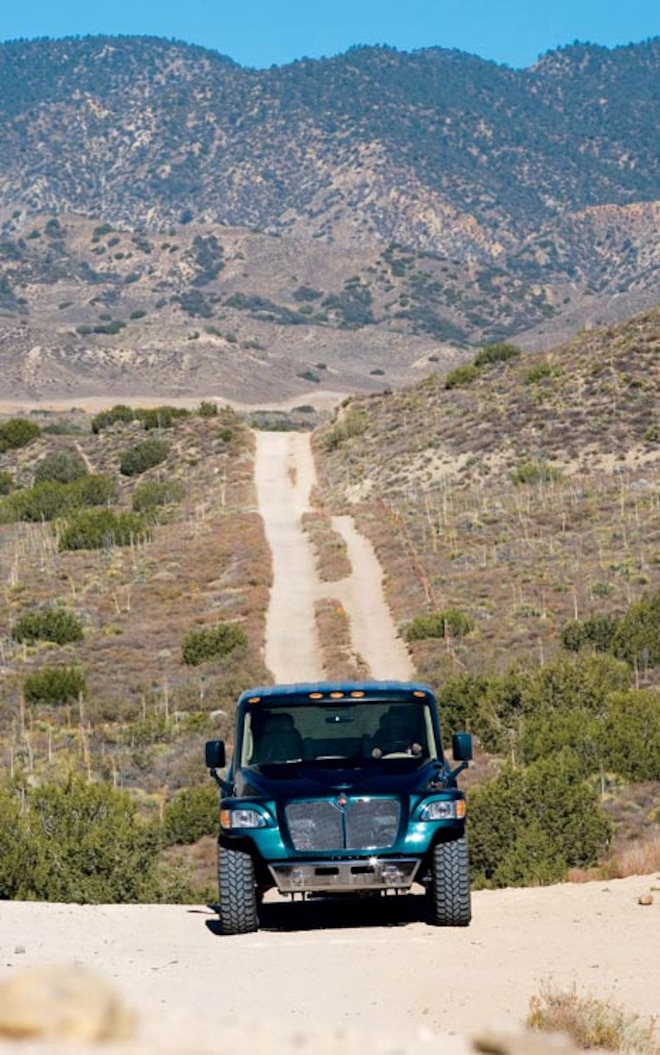 View Photo Gallery | 14 Photos
Photo 5/14   |   2007 International Mxt front View
Outside, despite its freakish size, the MXT is handsome. Its carbon-fiber power-dome hood sports a two-tone color scheme and chrome accents on the front and rear bumpers, tow hooks, and steps, and the combination is beautiful. Even the fuel-filler cap is chromed and embossed with the warning: "Fill Only With Banker Present." Okay, maybe that's just what it should say.

View Photo Gallery | 14 Photos
Photo 14/14   |   2007 International MXT MVA front View
Many of the final military upgrades are classified, but the unarmored MV and the armored MVA are designed to support remote or manned weapon systems, dynamic electronic system monitoring, easy ingress/egress, and an 18,500-pound GVWR. The MVA's armor systems can be tailored to include door and glass firing ports, roof and rear hatches, and varying crew survivability modes for ballistic, mine blast, and IED threat levels.--Thomas Voehringer

- OF
By Howard J Elmer
4 Articles