Easy Entry into the Realm of Luxury 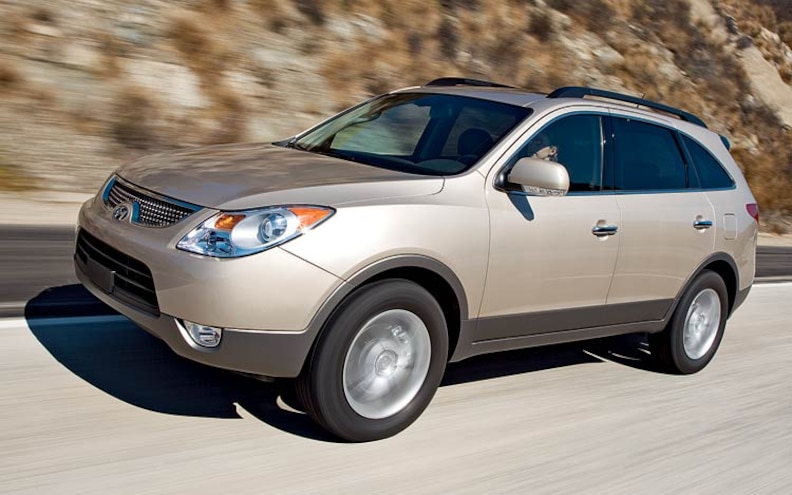 View Photo Gallery | 3 Photos
Photo 2/3   |   2008 Hyundai Veracruz front View
The topline Limited trim model has a long list of features, including a leather-wrapped, power-adjustable steering wheel and plenty of front-seat storage bins for phones, iPods, parking cards, and all the detritus we carry around these days.
The third row is for kids only, with more headroom than the Mazda CX-9's, but less leg- and shoulder room than in the capacious Buick Enclave. Some editors found the second-row seats hard. It was obviously designed from the inside out. Most of the exterior styling is okay, although the rear-end is a bit droopy, probably designed to avoid a minivan-like tailgate. 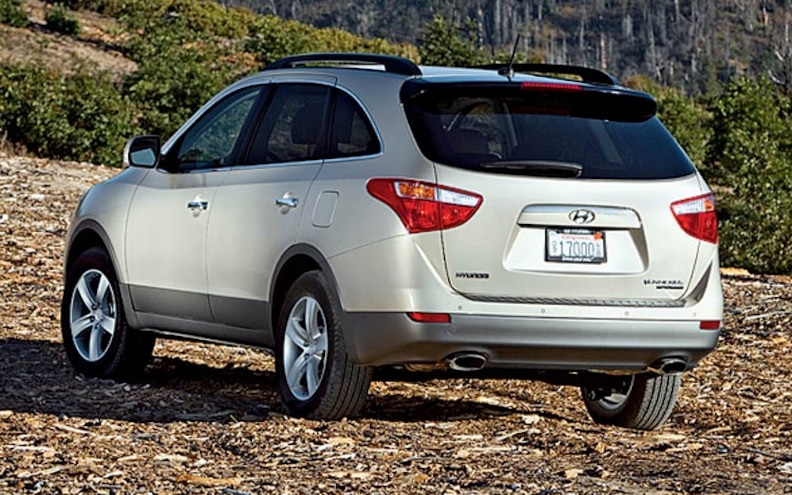 View Photo Gallery | 3 Photos
Photo 3/3   |   2008 Hyundai Veracruz rear View
The 3.8-liter engine isn't as powerful as the smaller V-6s among our contenders, however, and it feels lazier in its responsiveness and delays downshifts too long under hard acceleration. The ride is firm and the steering quick, with good feedback, but you'll feel some kickback on rough roads. We observed up to 14.7 mpg on the dash readout, the closest we got to Hyundai's EPA numbers.
As a sport/utility and minivan alternative in the large-crossover segment, the Hyundai Veracruz is better executed than many of its American and Japanese competitors. It's not groundbreaking and it has no cutting-edge engineering technology, but it's worth a serious look.