Originally designed for the Austrian military about 30 years ago. Goes freaking anywhere. 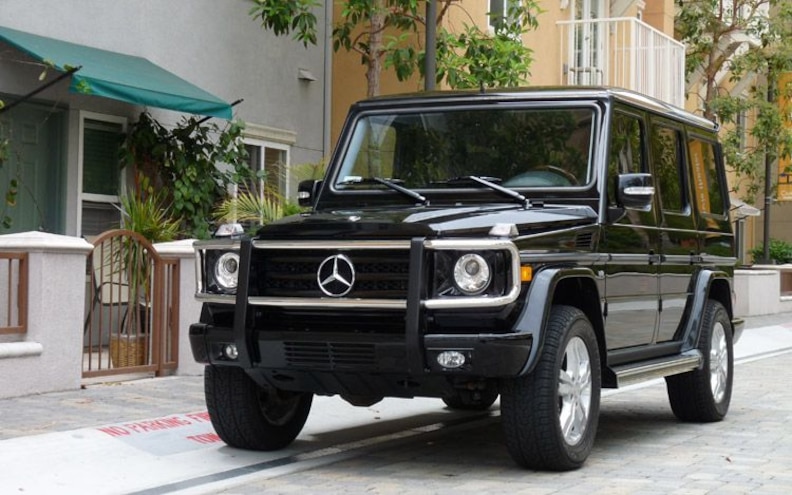 "Yo, dude. Is that like a Hummer?"
It was a question we heard several times from those who couldn't quite place the G550's purposeful demeanor and square-rigged bod. "No, dude, not like a Hummer" I replied. "The H2 is a previous-generation Chevy Tahoe in drag. This is a Mercedes-Benz Gelandewagen. The real deal, not a cartoon caricature. Originally designed for the Austrian military about 30 years ago. Goes freaking anywhere." 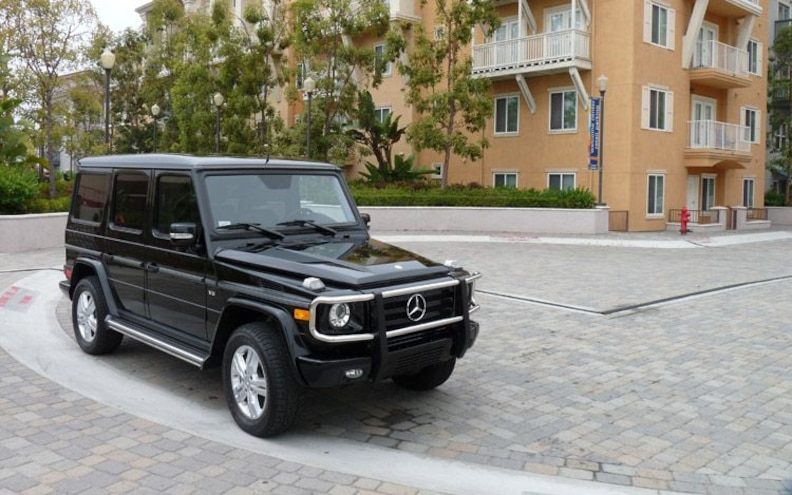 View Photo Gallery | 14 Photos
Photo 2/14   |   2009 Mercedes Benz G550 front Three Quarter
2009 marks the G-Wagen's (officially the G-Class in 'Benz-speak) 30th anniversary, and along with the Land Rover Defender, is one of the last old-school, military-derived vehicles that a civilian can still buy. The original G came to market in 1979, although it wasn't officially sold in the US until 2002 (a private New Mexico-based company certified and imported quite a few of them up until that time). There have been several body styles and countless powertrain offerings, depending on the need, the market, and the decade. Today's G-Class is an expensive, limited-production piece. You've probably seen them in paparazzi shots, as they're popular with guys like Brad Pitt. Arnold Schwarzenegger owned several prior to taking his current job. How to best describe one to neophytes? Tell them to visualize a four-wheel-drive bank vault.
Mercedes has given the G-Class a mild makeover in celebration of its 30th birthday. The previous G500 was powered by a 5.0-liter V-8 backed by a five-speed automatic transmission. The 2009 model becomes the G550, courtesy of the new-generation 5.5-liter V-8. It gurgles out 382 horsepower and 391 pound-feet of torque and is teamed with Mercedes' state-of-the-art seven-speed automatic. Talk about drivetrain: The "Gee Wagon" boasts lockable front, center, and rear diffs, plus a power-actuated high/low range transfer case. If that's not enough, spec up the G55 AMG version. With it comes a supercharged 500-horsepower engine and the best V-8 exhaust note money can buy. 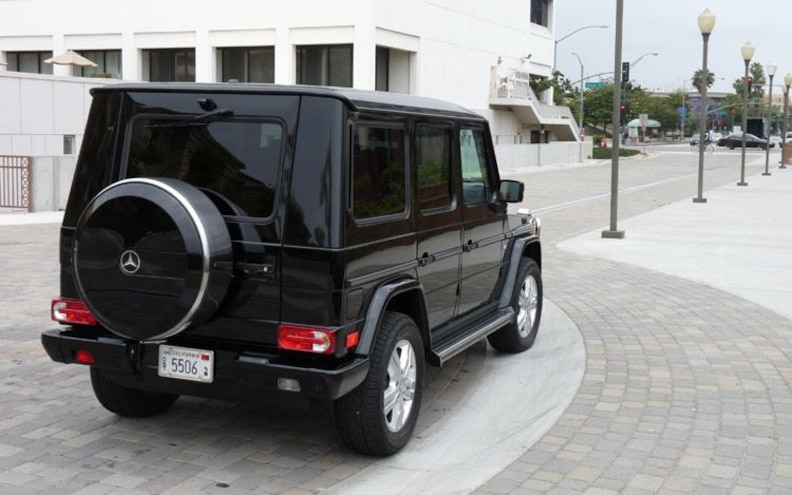 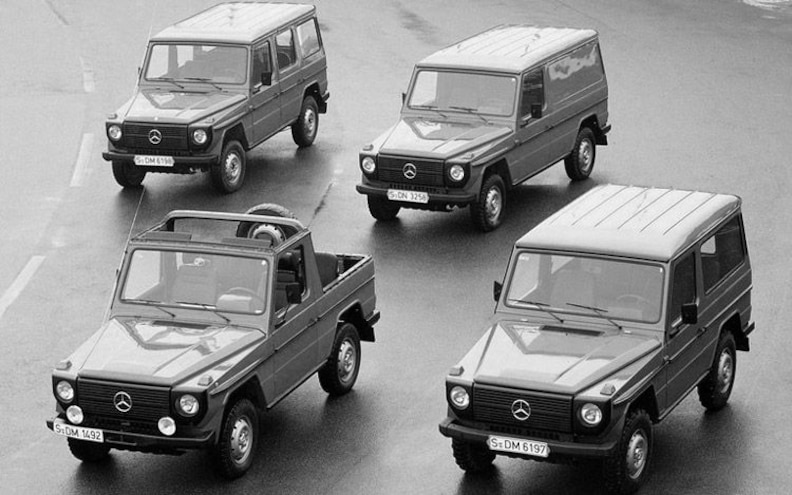 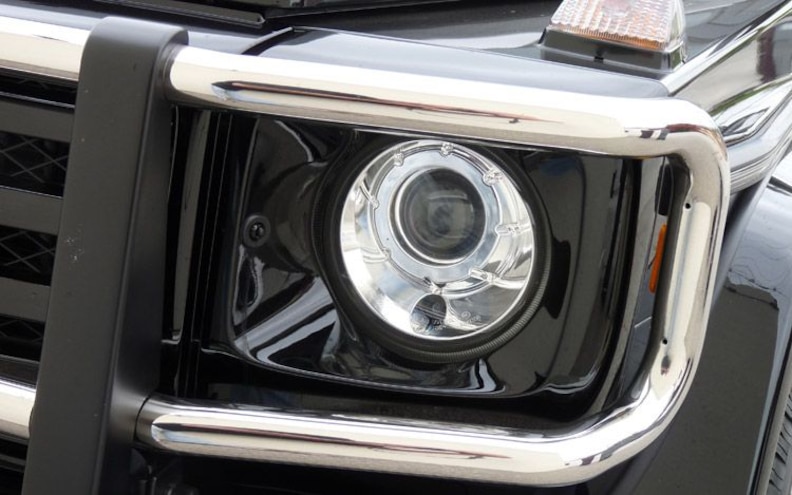 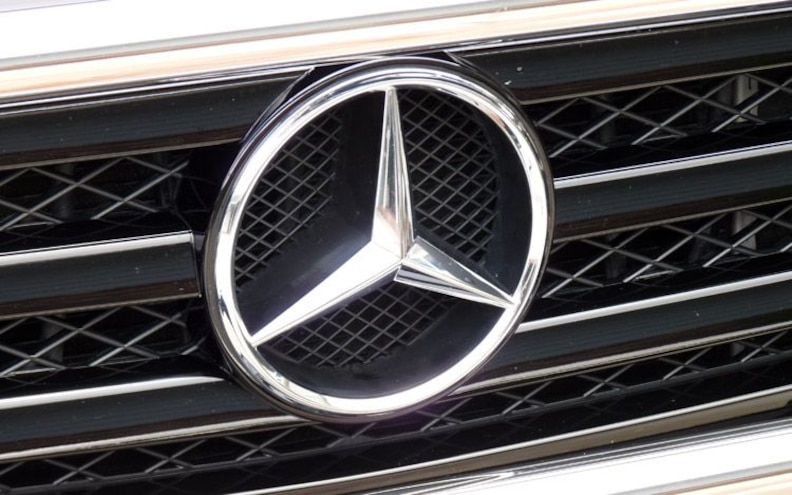 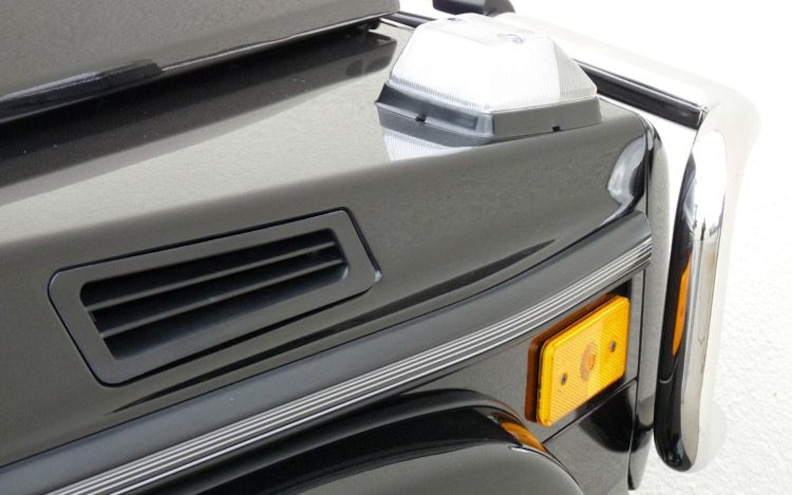 View Photo Gallery | 14 Photos
Photo 7/14   |   2009 Mercedes Benz G550 hood Gill
Other upgrades for 2009 include a new COMAND infotainment system with a standard CD6 changer, Bluetooth, Sirius satellite and HD radio, and 610 watts of power. The front grille is new, as are the chrome basher bar, heated and cooled front seats, and 18-inch wheels. The list of standard equipment runs pages; the G550 is so well equipped, our tester carried not a single option. There are many colors available, but why would you want anything other than black over black?
Thumb the key fob, and the clack of the doors unlocking resembles that of rifle bolts. The heavy doors slam like those on your average meat locker. Pound the G550 over uneven pavement and the only squeaking you'll hear comes from the leather seat cushions rubbing against each other. No sissy unibody structure here -- just a girder-like frame that's nicely overengineered. The G isn't assembled. It's forged.

View Photo Gallery | 14 Photos
Photo 8/14   |   2009 Mercedes Benz G550 rear Three Quarter
You sit high, with a commanding view of the road. While the military versions were all metal, rubber, and hard vinyl inside, today's consumer-spec Gs are lined in leather and polished walnut trim. Mercedes says the 550 runs 0-to-60 in six seconds flat, which is nearly a second quicker than previous G500s we've tested. The credit is shared by the more powerful engine and the new transmission, which has a ratio for every need and always keeps the big V-8 in its sweet spot. The exhaust pipes dump out under the rear doors, so some of the bass notes burble up into the cabin. Nice.
As you'd expect of a machine built primarily for off-roading, the G has considerable suspension travel. It feels a little tippy at first, but is quite planted on the road due to a relatively low center of gravity for its height. The ride quality is downright plush for a 4x4. It's quiet too, considering its blockish profile and all flat glass. Wind noise picks up considerably around 80 mph, and it's pretty loud by 100, but not a problem during every day driving at normal speeds.

View Photo Gallery | 14 Photos
Photo 12/14   |   2009 Mercedes Benz G550 wheel
We did not have the chance to take this 550 over the hill and through the dell, but have off-roaded several 500s before and find them more capable than most of the people who buy them. You have so much to work with when negotiating tough terrain: superb approach and departure angles, full-time four-wheel drive, the three lockable diffs, high and low range, easy to modulate throttle, and manual gear selection. It's safe to say the G550 will take you any place you want to go, and a few places you probably shouldn't.
Any vehicle designed more than three decades ago is bound to suffer a few compromises. The front step-in height is high; the rear, even higher. We mentioned the wind noise. There are a few ergonomic foibles. Even Mercedes' latest nav system isn't as easy to use as some of the touch-screen models offered by others. And any time 382 horsepower meets 5500 pounds, fuel mileage will suffer (the EPA city/highway numbers are 11 and 15). Oh, and it costs $100 grand.
None of the above diminishes the G550's appeal. The current GL-Class was supposed to replace the G in the Mercedes-Benz lineup a few years back, but dealers and customers alike mounted a revolt. So, the company continues to import and sell them in limited numbers. If you're looking for a trendy, friendly, green crossover, shop elsewhere. The G550 is for discerning buyers who know quality, value things that are genuine, and can afford them. They want something different and couldn't care less about others' opinion of their choices. Although Mercedes has made no such statement, it's possible the new stricter CAF and emissions requirements may soon limit the G's lifespan in the North American marketplace. What a loss that would be.