Grand Illusion: Jeep Springs Its Grand Cherokee on Us a Year Early 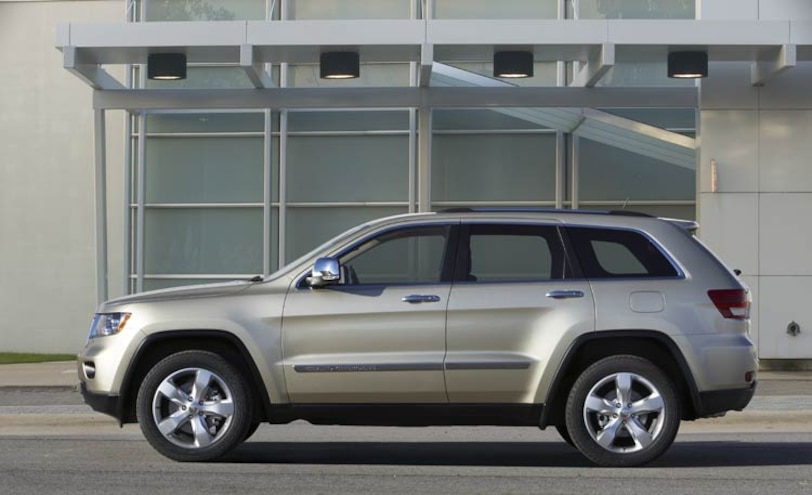 Chrysler's timing was unusual.
It unveiled the 2011 Jeep Grand Cherokee at the New York International Auto Show this spring, as its competitors were making debuts of their 2010 models. There are two explanations for this. First, deep in the middle of its plea for federal loan guarantees, the automaker was out to impress Fiat, the federal government, and the public with the message that it does have good, future product coming from its most valuable, best-known brand. Keep in mind that the Jeep Wrangler was the only Chrysler model that recorded sales increases for the first few months of the year.
Second, there was the possibility that if Chrysler waited until the next auto show, this September in Frankfurt, it might not be around to present the 2011 Jeep Grand Cherokee. That would've been a shame. Since we're writing this just before Chrysler's do-with-Fiat-or-die deadline, you now know more than we do about this new SUV's chances for production by 2010. 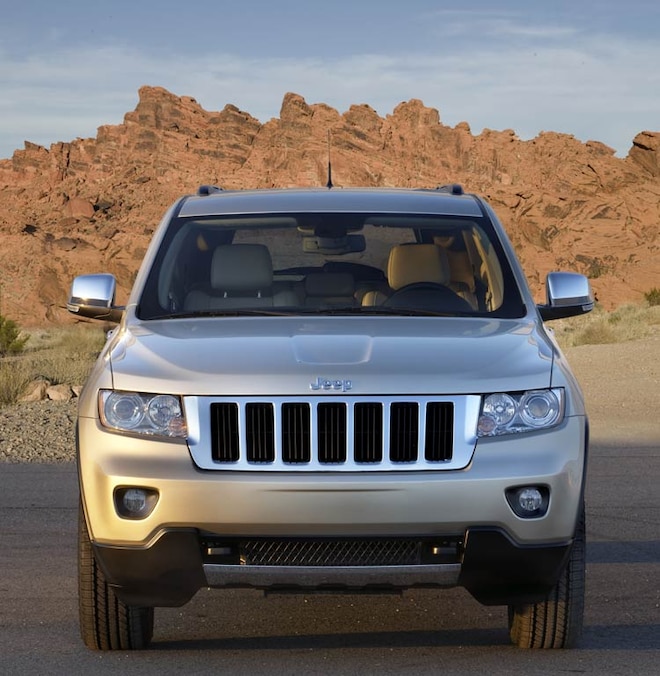 View Photo Gallery | 11 Photos
Photo 2/11   |   2011 Jeep Grand Cherokee front View
Here's what you need to know about the 2011 Grand Cherokee: It is the most promising child from Chrysler's failed nine-year marriage with Daimler. Based on the Mercedes M-Class platform, the Grand Cherokee gets a new independent front and rear suspension, with isolated front and rear cradles, and variable-rate rear springs. A new air suspension called Quadra-Lift will be optional. It lowers the Grand Cherokee 1.5 inches from its 8.1 inches of ride height for easy ingress/egress, lowers it 0.6 inch at speed for better aerodynamics, raises it 1.5 inches to clear obstacles, and raises it 3.0 inches (to 11.5) for off-roading.
Unfettered by Daimler ownership, the new Grand Cherokee will come with an interior worthy of a Mercedes-Benz, at least in the two top-range trim levels, Overland (topline) and Limited. The Overland's instrument panel and door uppers are leather-covered, and all price classes get "premium" soft-touch interior materials. The top of the range will come with real wood as well, plus a heated steering wheel, heated/ventilated front seats, heated rear seats, four-way power lumbar controls, rain-sensitive wipers, passive entry/keyless go, ParkView rear backup camera, and power tilt/telescoping steering column with memory. There are loads of other new features, and while entry-level models probably will hover near the current model's $31,000 base price, the Overland surely will be more expensive than its current $44,000 starting point.
Besides the handsome but familiar new sheetmetal, the exterior gets optional 20-inch wheels (again, on Limited and Overland), bi-Xenon high-intensity-discharge headlamps (standard on those top trim levels), a new dual-pane panoramic sunroof that extends from the windshield header to the rear, and remote power up/down liftgate for the first time on this Jeep. New SmartBeam headlamps adjust intensity to ambient light and oncoming traffic. 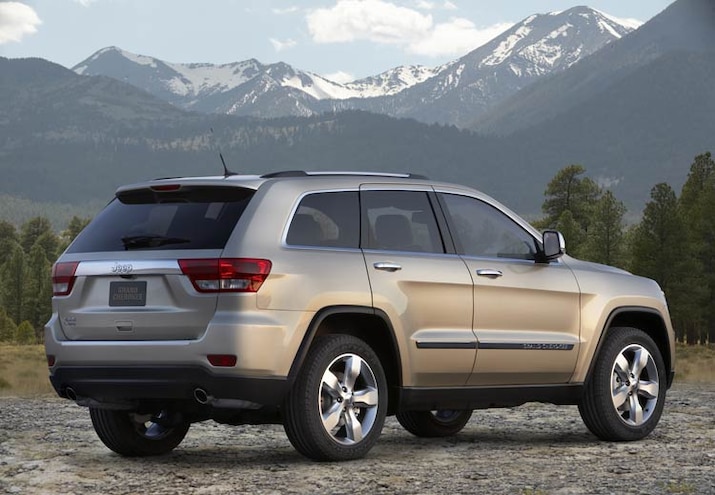 View Photo Gallery | 11 Photos
Photo 3/11   |   2011 Jeep Grand Cherokee rear View
Jeep claims a stiffer body structure than those of the BMW X5, Toyota Highlander, and Mercedes M-Class, with more than 5400 body welds, a 53-percent increase in spot welds, 42-percent increase in arc welds, and 38-percent increase in structural adhesive.
Maybe the biggest news is that the slogan "Yes, it's got a Hemi" could be replaced with "Yes, it's got a Phoenix." The 360-horsepower, 5.7-liter Hemi will remain optional, but the Grand Cherokee will be the first Chrysler product to use its new flexible-fuel, variable-valve-timing Phoenix V-6 (see sidebar). The Grand Cherokee's V-6 will be a 3.6-liter, making 280 horsepower and 260 pound-feet of torque. It boosts gas mileage to 16/23 mpg compared with Hemi fuel mileage of 14/20 for rear-drive models and to 16/22 mpg V-6 versus 13/19 mpg Hemi for four-wheel-drive models. 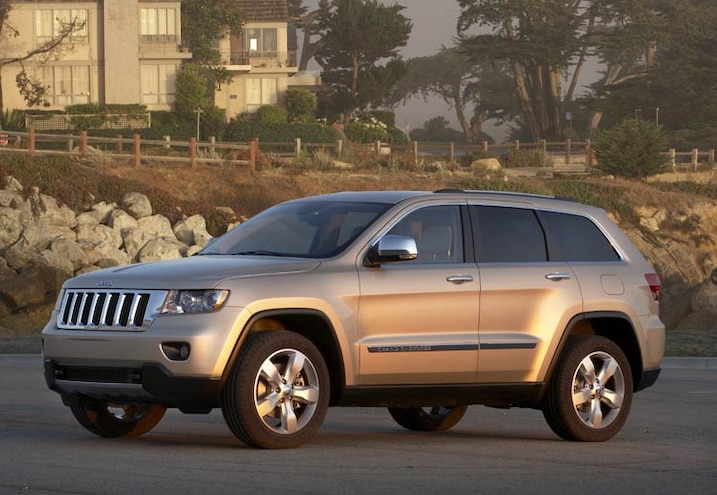 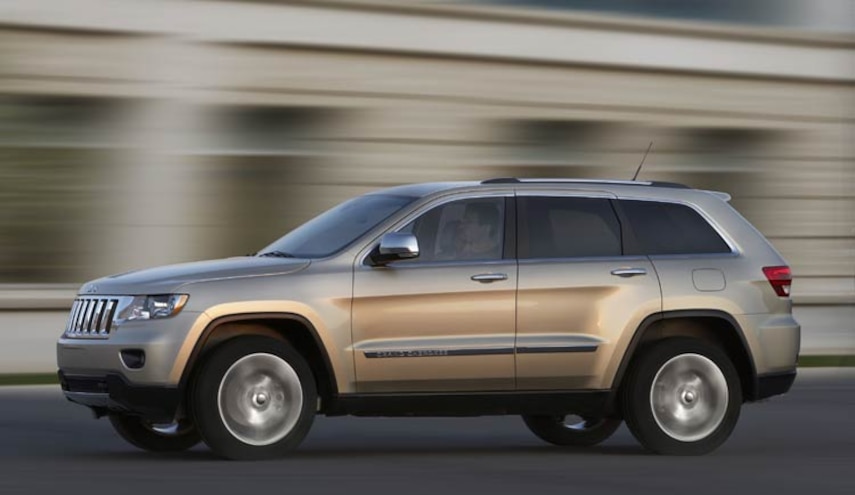 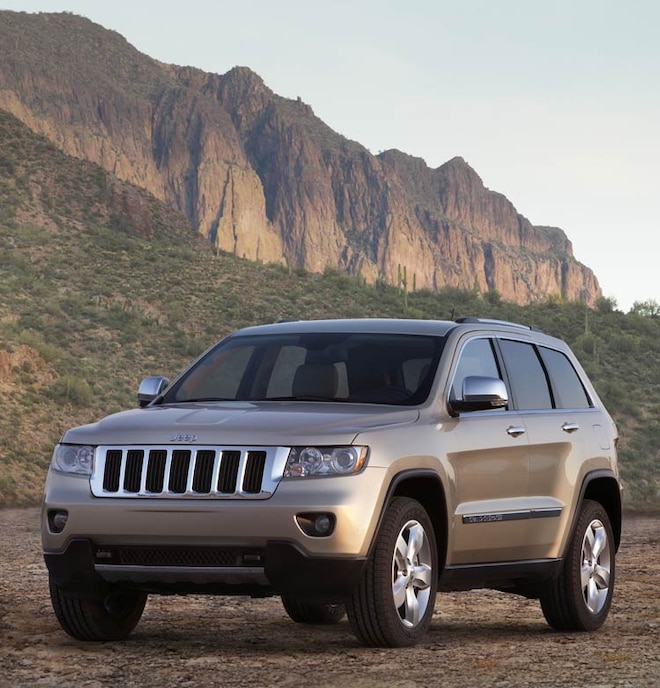 View Photo Gallery | 11 Photos
Photo 6/11   |   2011 Jeep Grand Cherokee front View
The Grand Cherokee's cargo capacity grows 17 percent. Originally intended to replace the 2005-10 Grand Cherokee and the Commander, the 2011 model remains five-passenger only. It will share its platform with a new Dodge Durango which will get three-row seating.
And for those who fear the change in platform means less trail ability, we hear there's no cause for concern. The Grand Cherokee remains distinctively Jeep, and a capable off-roader. You'll still have a choice of Quadra-Trac I, Quadra-Trac II, and Quadra-Drive II 4WD systems, the last of those with an electronic limited-slip differential. Quadra-Trac II and Quadra-Drive II have a new Selec-Terrain system that will let drivers choose from automatic, sand/mud, sport, snow, and rock settings (which sounds an awful lot like a system Land Rover offers).

View Photo Gallery | 11 Photos
Photo 8/11   |   2011 Jeep Grand Cherokee interior View
Phoenix V-6
Chrysler launches its new V-6 engine family, named Phoenix, with the 2011 Jeep Grand Cherokee. The 2011 Chrysler 300 and Dodge Charger probably will be the second and third models to get the new engine. It's more than a big-car/SUV V-6, however; it's been designed to range from 2.8 to 3.8 liters, although at this point, the 3.6 is likely to be the largest engine in the lineup. With flexible fuel capability and variable-valve timing, it's designed to compete with General Motors' "high-feature" V-6s, like the 3.6 and the coming 3.0- and turbo 2.8-liters slated for midsize crossovers.
Chrysler began development of the Phoenix family with Mercedes-Benz and Hyundai, but Hyundai dropped out to develop its own Lambda V-6s. Mercedes is still expected to use the basic Phoenix block for future models and if the Chrysler/Fiat deal is completed, 3.0- to 3.2-liter versions may replace Alfa Romeo's aging V-6 as well. 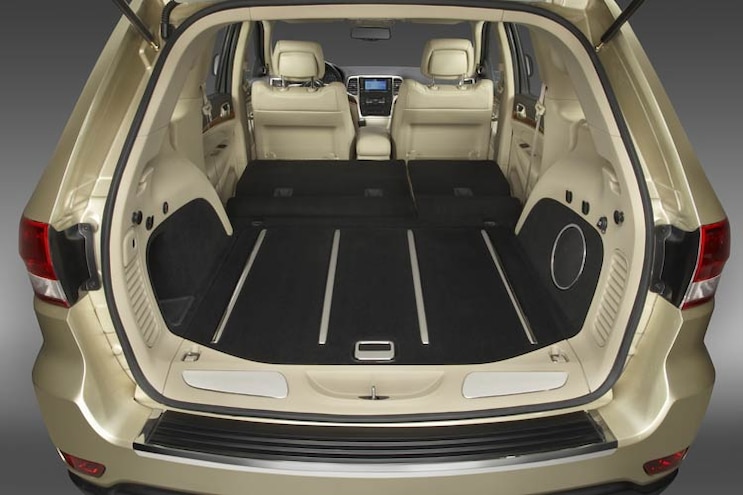