Is This the Leading Economic Indicator? Transit Connect is the First Step in One Ford 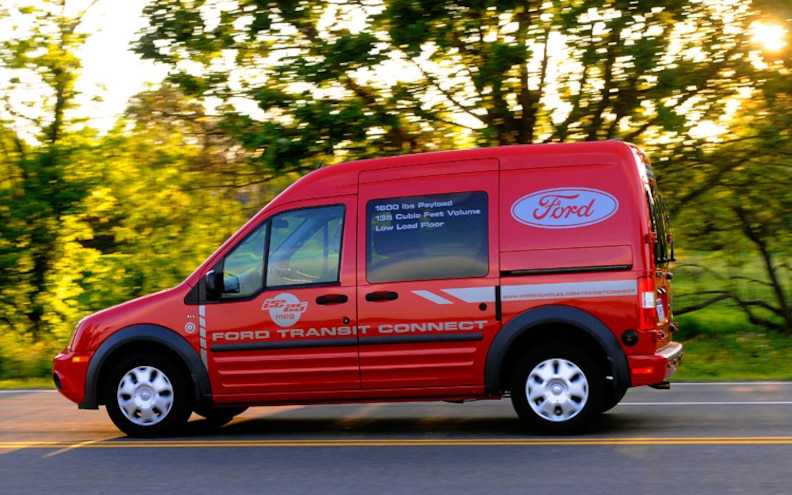 Mercedes-Benz transformed the look of large, commercial/passenger vans when it introduced the Sprinter European workhorse in North America, first as a 2003 Freightliner, then as a Dodge. Suddenly, the big box Ford E-Series van looked outdated. For 2010, Ford is fighting back with its Transit Connect city van, long popular with small businesses delivering goods or services on tight European streets.
The Transit Connect is a front-drive, four-cylinder model that riffs off Ford's own Transit, a larger, Mercedes-Benz Sprinter competitor. Ford believes the Transit Connect will resonate with catering services, flower delivery, home maid services, fishmongers, and even kayak, bike, and surf shops. 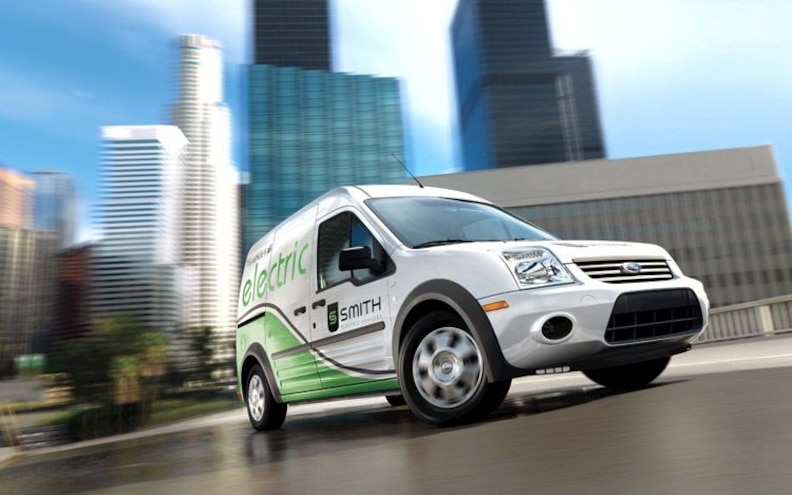 View Photo Gallery | 9 Photos
Photo 2/9   |   2010 Ford Transit Connect front Three Quarter
We're not getting an all-new model, but a lightly updated version of a small truck built in Turkey. Like the lame-duck Saturn Astra and Pontiac G8, it comes with unfamiliar European switchgear and key, though nothing is hard to figure out. This marks the official launch of "One Ford," the melding of European and North American operations to sell models globally with only minor regional variations. The Transit Connect beats the next One Ford model to our market, the Fiesta, by roughly six months. While this may not be the best time to launch a new van, its success or failure could become a leading economic indicator. If you see these in your neighborhood delivering and fixing things, it means the economy may be rebounding.
Its "just-right" size and 22/25-mpg fuel economy are the major selling points. Cargo capacity is more than twice the Chevrolet HHR panel van's, and it can make a delivery entrance back-alley U-turn where a Sprinter, E-van, or cube truck can't. Base price is $21,475 for the XL model. The $22,535 XLT adds power windows/mirrors and remote locking. Rear-door glass adds $340 to either XL or XLT, and side glass is another $70 on top of that. But the important options are the $1395 in-dash computer (plus Sprint monthly fee) with Bluetooth keyboard, DeWalt's $1220 Tool Link, using Radio Frequency Identification tags to keep track of tools, and $550 Crew Chief, which tracks the truck's location and diagnostics. AdvanceTrac with Roll Stability Control is a $545 option and 255-degree rear cargo-door opening is $190. 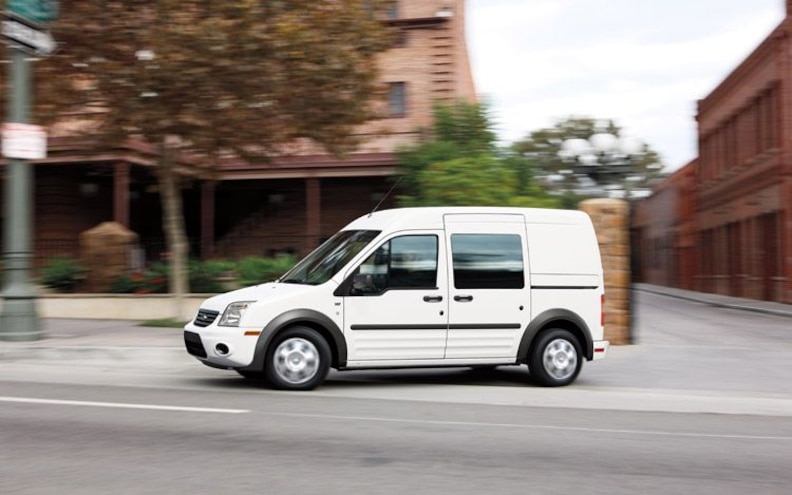 View Photo Gallery | 9 Photos
Photo 3/9   |   With dual sliding doors and rear cargo doors that can open up to 255 degrees, accessing the capacious cargo area is easy. So is loading it--liftover height is less than two feet unladen. 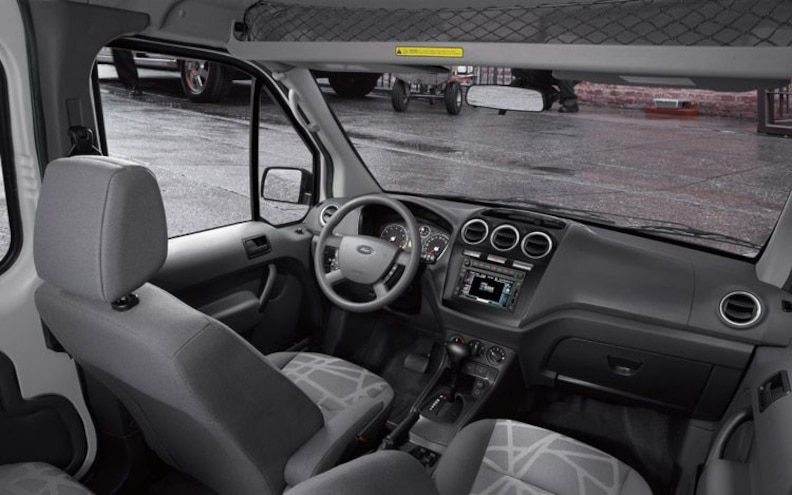 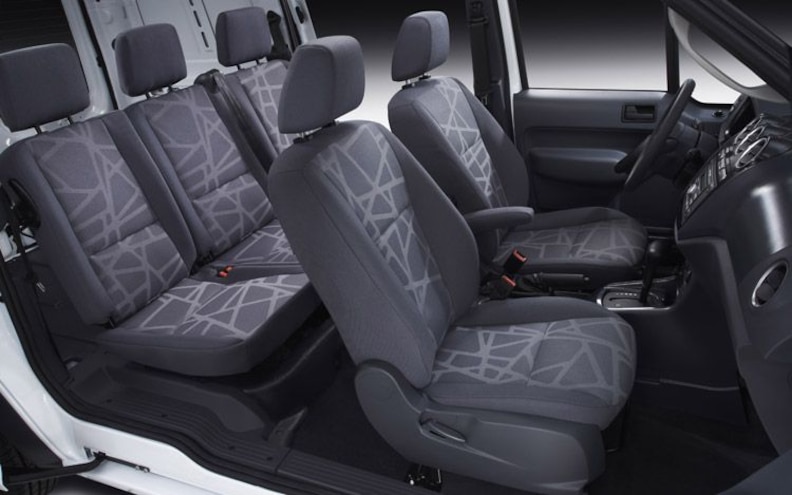 View Photo Gallery | 9 Photos
Photo 6/9   |   2010 Ford Transit Connect rear View With Open Doors
Ford has three suppliers who will fit the interior to meet the cargo area needs of any individual business. One supplier applies logo wraps at the port of entry.
A civilian version comes with full windows and second-row seating for two or three, $21,830 base price for the XL, $23,045 for the XLT. While North America gets a Duratec gas engine and four-speed automatic only, the rest of the world gets a diesel and five-speed manual only. Ford will offer a full-electric cargo van next year in the U.S. with a range of up to 100 miles.
The interior has thin plastic, ride is harsh under light loads thanks to rear leaf springs, acceleration isn't very quick, and the tranny has only four speeds plus overdrive. None of this will matter to most small business owners. What matters is that the Transit Connect is a modern-looking compact truck that will do the style- and efficiency-conscious business owner proud.