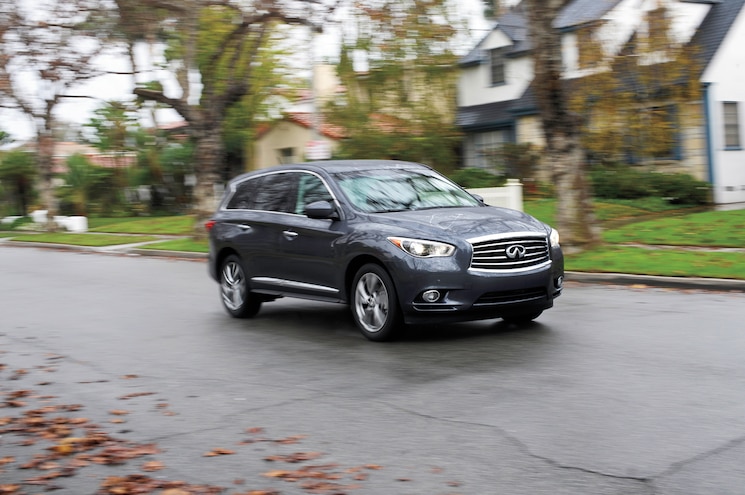 Around the office, opinions of continuously variable automatic transmissions range from outright seething hatred to aloof indifference to an engineering geek's appreciation of their functional benefit. One of the persistent gripes level against CVTs are their screaming, high-rev histrionics when the full corrall of horses are called for. This is what Motor Trend staff photographer Julia La Palme experienced in her recent drive of the JX35.
Since the JX35 offers several levels of driving modes, one of which is Sport, La Palme selects sport to get what she considers normal, acceptable performance from the premium three-row SUV. However, she found an unintended side effect of driving the JX in sport mode is that, with its adaptive cruise engaged, if a large distance suddenly opens up in front of the car, the system goes pedal to the metal to try to close the gap, resulting in the engine surging to 5000 rpm, making for some undignified highway behavior. La Palme contrasted this behavior with that of the Mercedes-Benz GL350 Bluetec, which is also equipped with adaptive cruise control, but seems to perform in a much more dignified manner in similar circumstances. 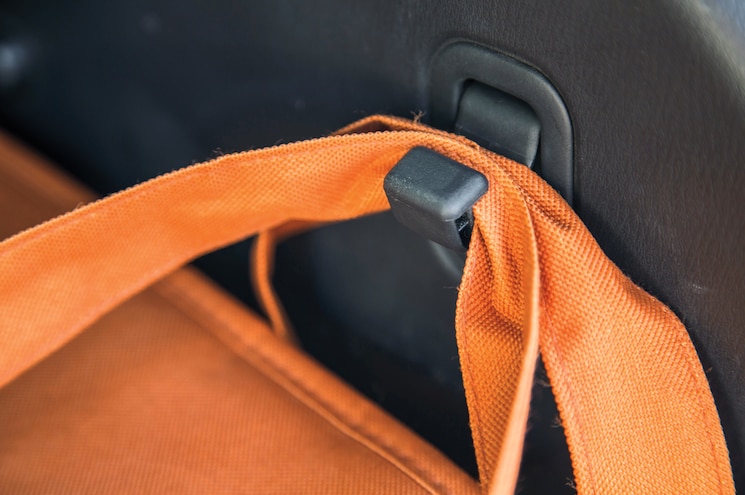 View Photo Gallery | 9 Photos
Photo 2/9   |   2013 Infiniti JX35 Hook
The Mercedes has two factors working in its favor that the Infiniti does not. First off, the Mercedes is not equipped with a CVT, and thus avoids the untoward accelerative behavior sometimes associated with that type of transmission. It also has a massive 207-lb-ft torque advantage over the JX, making part-throttle acceleration a much more serene affair.
Although the comparison of the GL and JX may seem like an apples-and-oranges comparison, especially considering the Mercedes' $15,000 higher price, for a vehicle positioning itself as a premium player, driver experience and refinement is key. Perhaps a torquier engine option might mitigate such uncouth behavior from Infiniti's three-row crossover. For the time being, La Palme changes the JX's drive settings back to normal or eco when using cruise control, which results in more composed highway cruising. 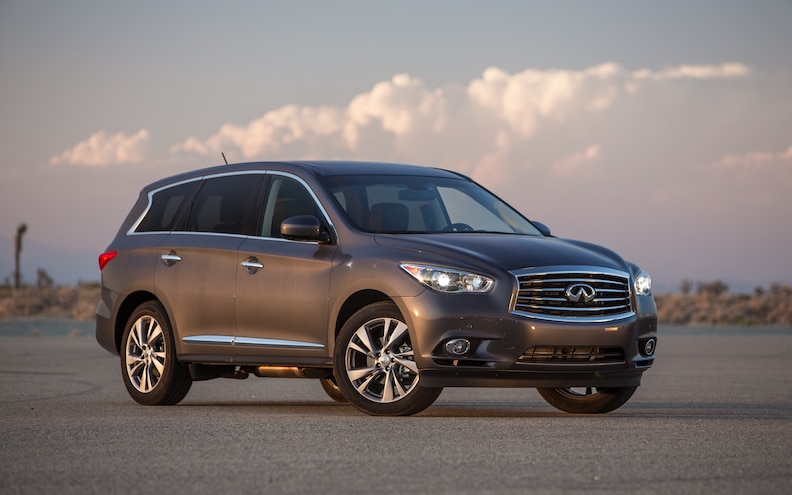