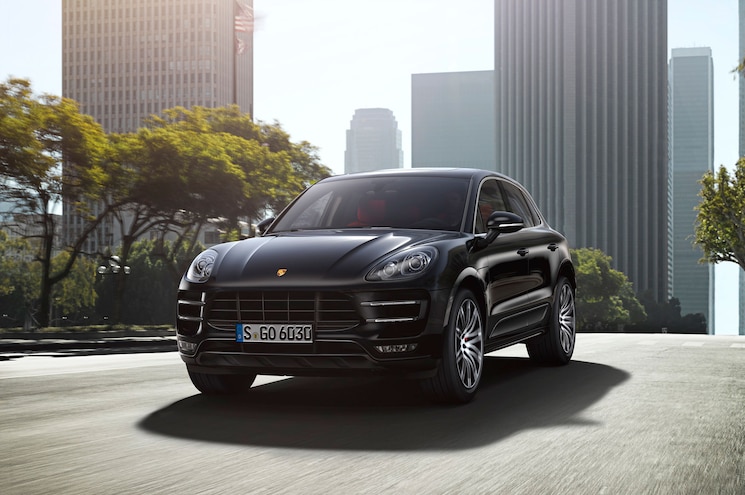 Let's get past the fake outrage of the idea of a Porsche SUV. That bridge was crossed more than a decade ago with the Cayenne, and whether or not you're a fan of Weissach producing a trucklet, the results have been nothing but positive for the boutique brand's cash flow, which in turn has bankrolled successive generations of the GT3, the development of the Cayman, and countless other tasty variations on Porsche's recipe of high performance. As popular as the Cayenne was and is, it's almost certainly going to be eclipsed in popularity and sales volume by its new little brother, the 2015 Porsche Macan.
Rarely do we get to experience a vehicle before its public debut, but we did for the Macan, and we can tell you that Porsche's new small SUV fully lives up to the expectations promised by its specs. In the case of the North American model, it's a 3.0-liter, twin-turbocharged V-6 for the Macan S producing 340 hp, and a 3.6-liter twin-turbo V-6 producing a full 400 hp in the top-of-the-line Macan Turbo. We don't yet have precise specs in terms of weight, but both variants are definitely on the higher side of two tons. Despite the Macan's heft, the drivetrain and suspension work together to make for some Black Forest magic on the road. All Macans are equipped with a 7-speed PDK double-clutch transmission with paddle shifters. The rest of the world also gets a diesel option, which may or may not come to North America, but the 30-percent diesel take rate on the Cayenne diesel bodes well. 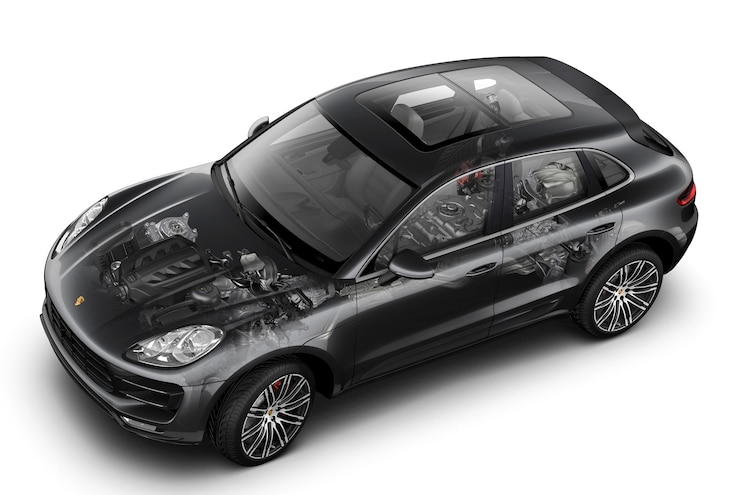 View Photo Gallery | 33 Photos
Photo 2/33   |   2015 Porsche Macan Engine Chassis
The Macan S is projected to have a 0-60 time of 5.2 seconds, with the optional Sport Chrono package knocking an additional two-tenths off that for a 5-second-flat run. The Turbo dispatches the on-ramp sprint in just 4.6 seconds, or 4.4 with the Sport Chrono package. Porsche has said it's against synthesized electronic noise to change the sound quality of its engines, but that's not to say it hasn't fine-tuned the aural quality of the Macan. At wide-open-throttle, or when sport mode is engaged, a valve in the exhaust system opens up to let the blown engine roar, and the gas engines produce a note appropriate for an enthusiast brand. Top speed for the S is 156 mph. It’s 164 mph for the Turbo.
To take full advantage of the ample power, all Macans get all-wheel-drive, and several different available suspension configurations, depending on trim and package. The standard setup employs steel springs and non-adjustable dampers. The next step adds the Porsche Active Suspension Management adding active and continuous damping adjustment, and the top system swaps out the steel springs for air suspension, adding load leveling, height adjustment and active damping. From the highest off-road setting to the high-performance sport setting, the air suspension gives two inches of height difference from a minimum of 7.06 inches to a maximum of 9.06 inches. For easier cargo loading, the air suspension will drop an additional 1.97 inches when stationary.
Naturally, with engines and suspensions deliberately tuned for enthusiastic driving, the brakes weren't neglected, with the Macan S getting 13.78 front and 12.99-inch rear vented discs, and the Turbo getting pizza-pan sized 14.17 front and 14.02-inch rear discs. Putting the power to the pavement are standard staggered 235/55R-19 front and 255/50R-19 rear tires for both the S and Turbo, with 265 front and 295-width rear tires optional. Wheel sizes ranging from 18-21 inches are available. 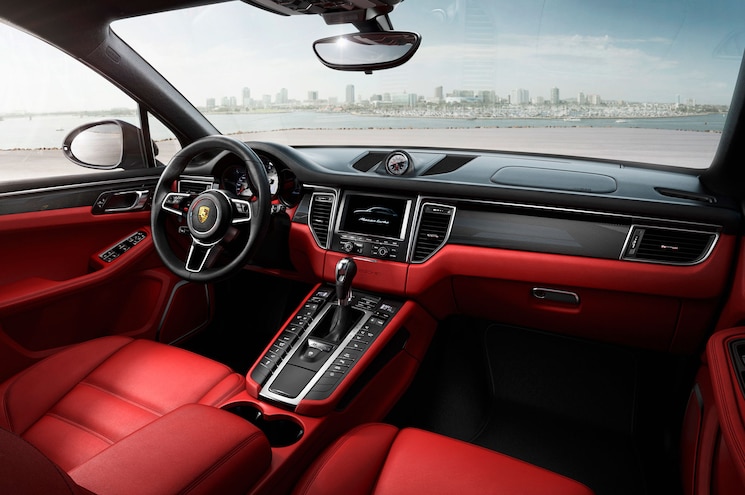 View Photo Gallery | 33 Photos
Photo 6/33   |   2015 Porsche Macan Interior
In terms of styling, imagine the Cayenne, but tighter, trimmer and more aggressive. The difference is most apparent in the rear three-quarters, with a faster rear roofline and smaller cargo-area window. The frontal area shares a strong family resemblance with the Cayenne, but features a one-piece clamshell hood that wraps all around the headlamps and front fenders, a la MINI Cooper. The Macan S gets quad round tailpipes, with the Turbo getting square tailpipes. An optional sport exhaust is available for both models. The Macan shares its 110.5-inch wheelbase with the related Audi Q5, with its 75.7 inch width and overall length of 184.3 inches (185 for the Turbo) being slightly longer and wider than the Audi. Porsche is quick to point out approximately 80 percent of the Macan's hardware is unique from the Audi.
On the inside, think Panamera, and you'll have the general theme. The Center console is prominent and festooned with plenty of buttons, as has become Porsche custom lately. The driver faces a three-spoke wheel with the previously mentioned paddle shifters, and naturally, the ignition switch is on the left side of the steering column. Four accent trims are available: Piano black standard on the S, brushed aluminum standard on the Turbo, and carbon fiber and Dark Walnut optional on both models.
The Macan S will start at $50,895, and the Turbo at a startling $73,295 including $995 destination. Yes, that's a lot of scratch for a small SUV, but the Macan is like no other model in the segment, including its Audi Q5 sibling. The SQ5 comes close with its rowdy supercharged V-6, but the Macan Turbo tops it in performance, and Porsche promises these two trims aren't the last Macan variants we'll see. The premium-compact crossover segment suddenly got a major infusion of high-performance attitude. 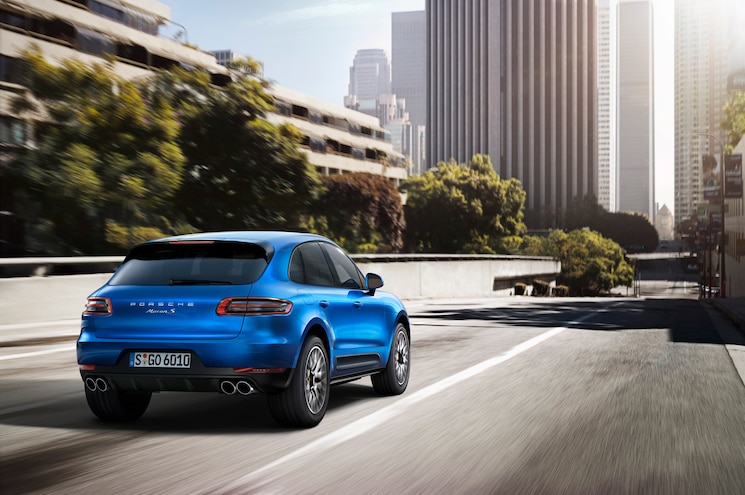