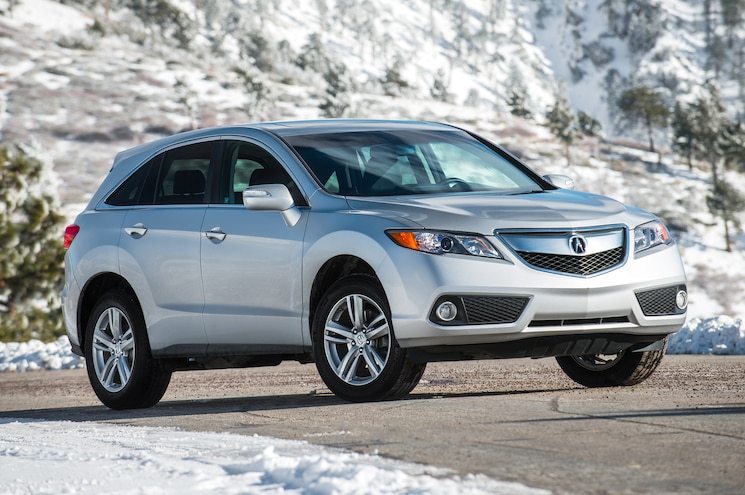 It's hard to believe a year has come and gone with our long-term Acura RDX. In that time, I learned a lot. Without focusing on the idiosyncrasies I found annoying, this is a vehicle anyone would be happy owning. I didn't have a single problem with the car, and we never really had anything negative to say about it. In truth, we didn't really have anything at all to say about the RDX, and therein lies the issue. There is a missing component that Acura clearly needs to find.
The 2013 RDX is completely different from when it launched. Then, Acura was targeting a specific demographic with its edgy styling, turbo engine, and tech-laden SH-AWD system. Acura learned that focusing that narrowly isn't necessarily a good thing, which is why this new version was changed so thoroughly. Out went the edgy styling, the turbo engine, even the SH-AWD system -- all replaced by things that would appeal to a more mainstream audience. Compared with its competitive set (Infiniti QX50, Lexus RX, BMW X3), the RDX offers the best value, best fuel efficiency, and most standard equipment. But it still lacks one key ingredient. 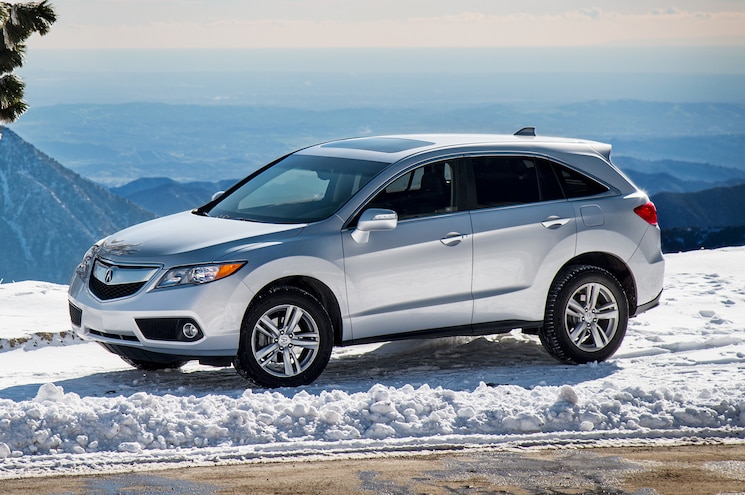 View Photo Gallery | 25 Photos
Photo 2/25   |   2013 Acura RDX Three Quarter Drivers View 005
During my year with the RDX, I took it on many road trips -- some solo, others with the whole family, and a few with just my son. Flying solo, the RDX was great. It's not too big, the interior is comfortable for an extended stay, there's plenty of room for anything, and the fuel mileage is more than adequate. When it was just my son and me, again, the RDX was a fairly smooth, quiet, comfortable, fun vehicle for whatever little adventure we went on. But when I loaded up the family, the RDX's limited room became evident. Both my wife and I are taller than 6 feet. I had no problem with the driver's seat legroom, but when the boy was in his car seat behind my wife, legroom for both of them was compromised. Interior ergonomics are good, but not great. If you have four adults in the vehicle, plus luggage, this smaller luxury SUV gets pretty crowded.
When you think SUV, you think, big, family-friendly vehicle, but the RDX isn't that. It's definitely more ideal for a single individual or a newly married couple with no immediate plans to start a family. It's amazing how much you learn about things you never cared about when you have a family. Do you have the cargo room necessary to hold all the things needed to keep your child happy, safe, and fed, plus whatever the grown-ups might require? (Yes, for a weekend.) How easy or difficult is the installation of a child seat? (It's a snap.) 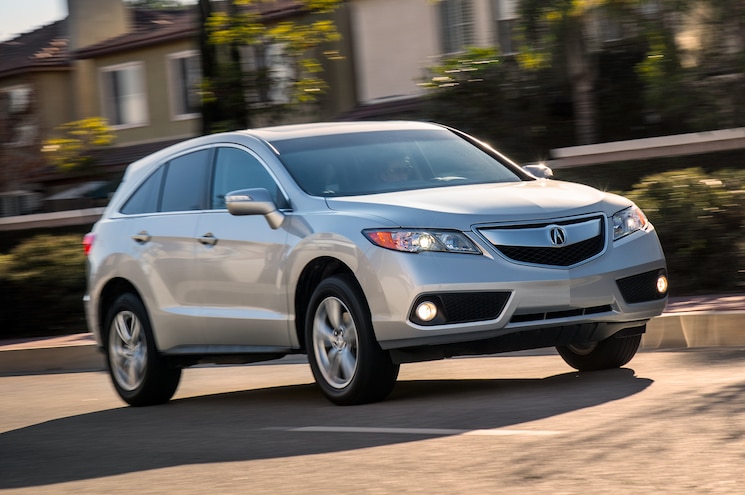 View Photo Gallery | 25 Photos
Photo 6/25   |   2013 Acura RDX Three Quarter Front View 004
In addition to serving as family transportation, the RDX also was a more than competent support vehicle for our photo and video teams. With one or two occupants, the Acura was able to hold anything they needed: rig gear, camera bags, booms, sliders, tripods, bounce boards, cleaning gear. And because the RDX has decent ground clearance and AWD, there weren't many places it couldn't go. The lifting rear hatch and relatively smooth ride also made the RDX a good vehicle to shoot photos from.
The RDX was serviced three times while with us. The service reminder made sure I didn't forget when it was due and which service I needed. For more than a year's worth of duty, some of it hard duty, $357 is reasonable as far as maintenance costs go. For that fee, we had three oil changes, two tire rotations, and one differential fluid change,
Whenever I asked a staffer who drove the RDX how it was, I would get a shoulder shrug and "It was fine" or "It was good," but there weren't any strong emotions. Compared with the previous-generation RDX, basically everything in this 2013 version -- styling, fuel economy, ride -- is head and shoulders better. But there is still something missing -- that deeper connection, that feeling of looking forward to driving it -- in essence, a soul. The RDX does everything well, but there is nothing that wows you, nothing that excites you, nothing that makes you eager to go for a drive. 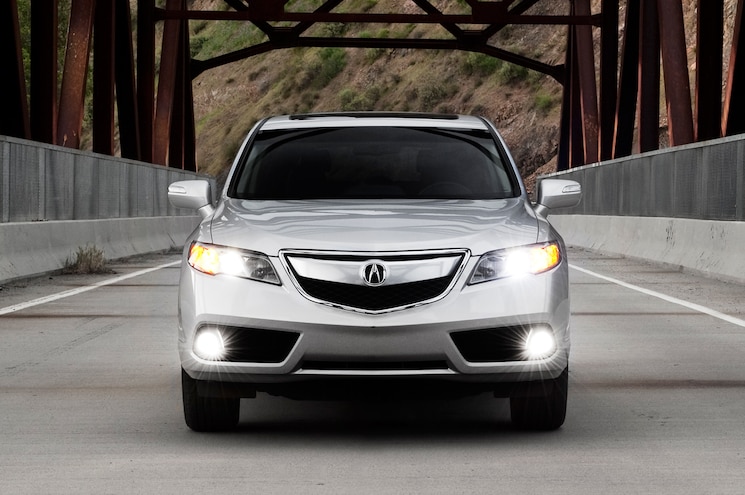