Rambo(x): First Blood - We Bring Our Newest Fleet Member Into the Fold 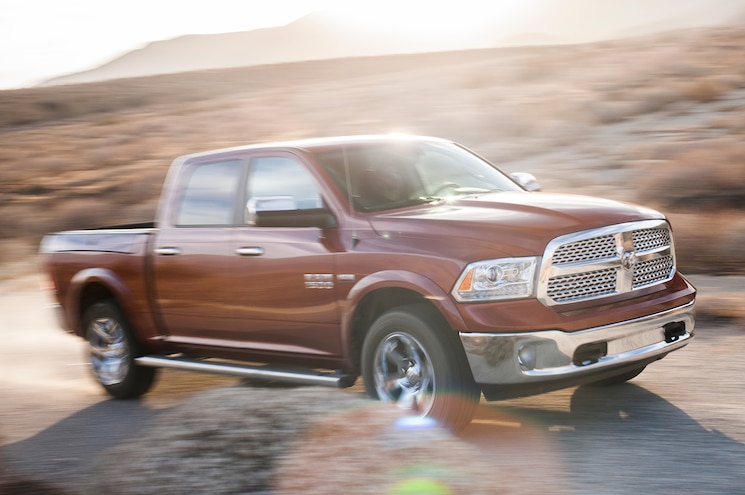 We have to admit we're pretty excited to welcome the 2013 Ram 1500 to our long-term fleet. When the Ram won Motor Trend's Truck of the Year award, there were plenty of features that made the judges take notice. Not only did the truck get the company's new 3.6-liter Pentastar engine, but both it and the 5.7-liter V-8 are backed by the new Torqueflite 8 eight-speed automatic transmission. And while the Hemi engine has been around for quite a few years, it was updated for 2013 with the addition of variable valve timing.
Both engines are much more fuel-efficient than in the previous truck, and the Hemi actually ties Ford's highly touted EcoBoost highway fuel-economy number. That a V-8-powered truck can equal the number of a turbocharged six is surprising, to say the least. Ram Truck went through the 1500 and changed things to improve efficiency, with electric power steering, a revised cooling system, and the electrical system's use of pulse width modulation, which helps reduce load on the alternator.
Between the increased efficiency and the addition of a suite of features Ram calls active aerodynamics, both engines offer excellent fuel economy. Active aerodynamics includes grille shutters and use of the air suspension to put the truck in aerodynamic mode when cruising on the highway. 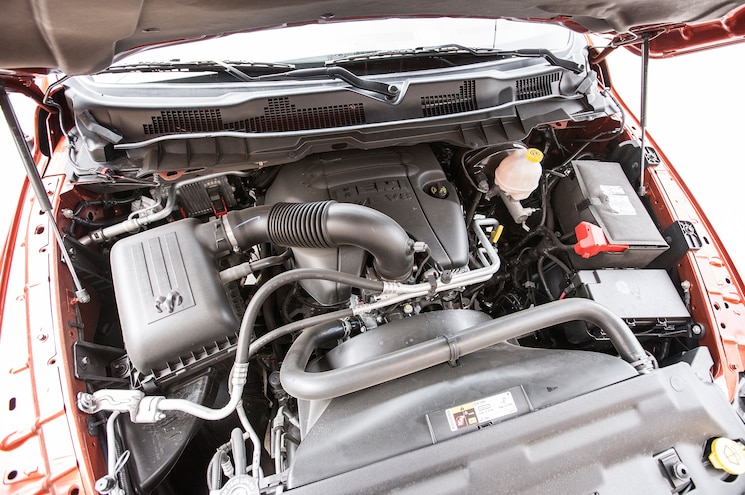 At TOTY, judges noted the cabin was a huge improvement over the one in the previous truck, with materials and designs that are attractive and functional. With plenty of storage spaces, plus items like Bluetooth, Uconnect, and several USB ports, it's easy to safely conduct work while on the road and road trips are more fun for everyone on board. There are features like satellite radio, navigation, and, new not only to Ram but also to the 1/2-ton segment, you can make your truck a Wi-Fi hotspot. The Ram 1/2-tons are the only ones in their class available with the RamBox storage system, and there are several special editions (Tradesman, Outdoorsman, Big Horn, Express, and the most fuel-efficient HFE) that no other company offers.
While the Ram does not offer the most towing capacity in its class, it has features that make the truck highly capable. It can tow a maximum of 10,450 pounds, and there are plenty of neat tricks that make it easier to carry and organize gear and get the job done. One example: The air suspension has multiple modes, two of which improve off-road capability and one that lowers the truck below normal ride height to make it easier to put gear in the bed. The suspension is equipped with load leveling that uses sensors to automatically adjust to a trailer in tow or a load in the bed. And the trucks manage to achieve all this with a starting MSRP that's only about 1 percent higher than in 2012. No wonder we were excited to get our hands on the TOTY winner.
While the Ram offers a lot of features that wowed us at Truck of the Year, we wanted to see how they would hold up over the long run. So we had to decide how we were going to outfit the long-termer. This is the debate we seem to have every year. Should we equip it as a high-volume, heart-of-the-market truck? Do we look at how a fleet buyer would order a work truck and try that one out for a year? Or do we test out all the features that Ram Truck has to offer and see which ones are the real deal? 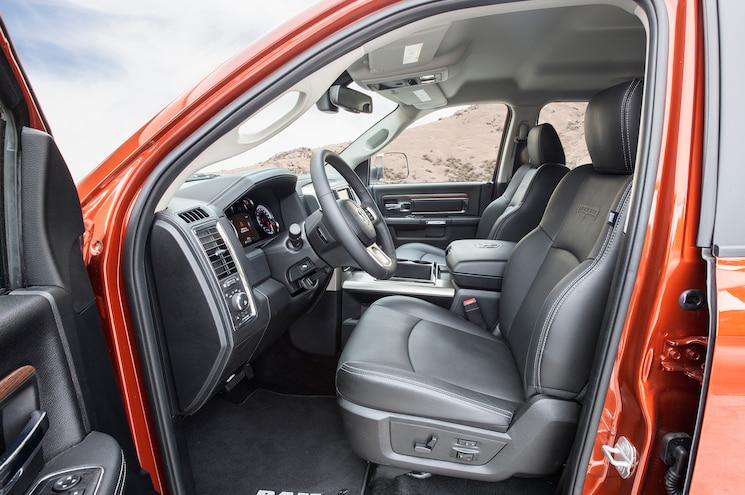 View Photo Gallery | 22 Photos
Photo 3/22   |   2013 Ram 1500 Laramie Crew Cab 4x4 Front Seats
Yep, we're testing them all. Our long-term Ram is a four-wheel-drive Laramie Crew Cab with the 5.7-liter V-8 and eight-speed automatic. It has active grille shutters ($500 for that and the transmission) and air suspension ($1595) to aid with fuel economy. We opted for all the comfort and convenience features as well, such as Uconnect with navigation ($500) through an 8.4-inch screen and Sirius XM Satellite Radio, and our truck is set up to be a Wi-Fi hotspot. There are other niceties such as heated/ventilated leather seats ($500), heated steering wheel, and Bluetooth with voice command.
We also plan on towing with this pickup -- often -- and taking it off-road, and it might serve to rescue other vehicles that get stuck. So we added tow hooks, skidplates under the transfer case and front suspension ($150 Protection Package), trailer towing abilities with four-pin wiring and a seven-pin harness, trailer brake controller ($230), trailer mirrors ($100), and heavy-duty engine cooling. And in the event we visit the great outdoors, we also got the RamBox cargo management system ($1295) and spray-in bedliner ($475) to protect the bed when hauling gear. The bottom line: $52,320.
While most people probably won't opt for all the features we got, we can at least get an idea of how well they work. No, we didn't get the EcoDiesel-powered Ram. Not only was it not part of the Truck of the Year event that the Ram won, but it wasn't available yet. But this is the first opportunity we will have to test the Hemi/TorqueFlite 8 combo in a long-term vehicle.
Since our previous Truck of the Year winner and long-termer for 2012, the Ford F-150 with the EcoBoost engine, was a direct competitor of the Ram 1500's, we have a golden opportunity with this truck. Both trucks' EPA fuel economy ratings are identical (15 city/21 highway for the 2012 F-150 4WD EcoBoost and the 2013 Ram 1500 4x4 Hemi eight-speed), and we anticipate the Ram will go through the same regimen of daily commuting, towing, trail rides, outdoor adventures, and road trips as the F-150. We can't wait to see how the Ram and its fuel economy measure up over the next 12 months. 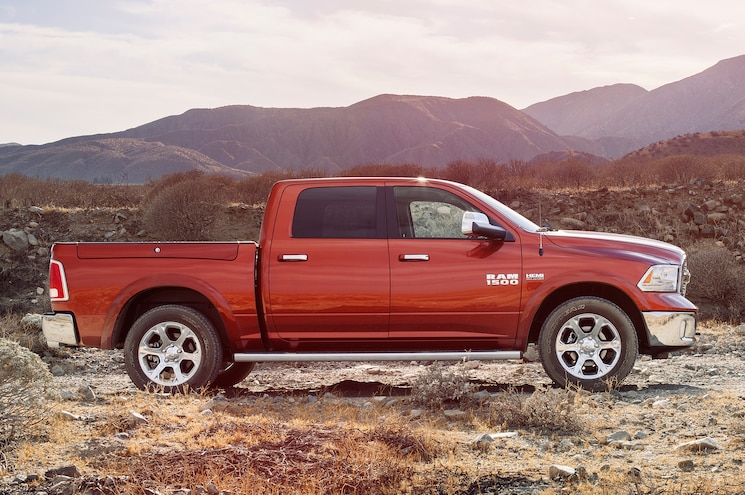