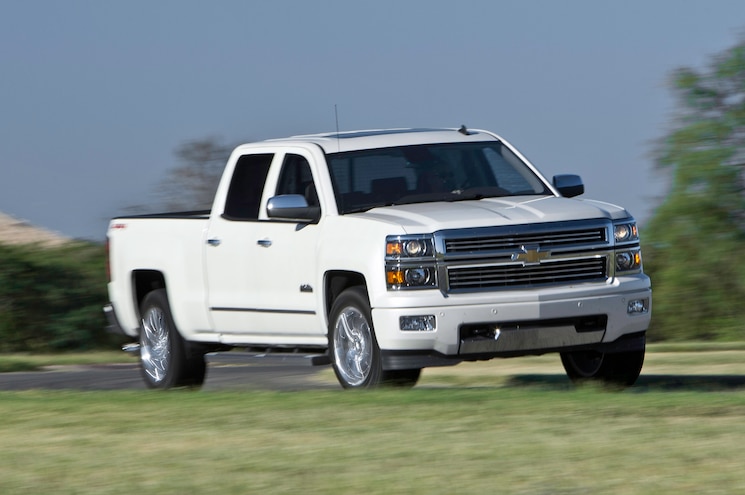 All of the half-ton full-size trucks have their own variation on a Western-themed truck, with various levels of flourish or restraint. Ford has the King Ranch, Ram has the Laramie Longhorn, and even Toyota now has the 1794 Edition Tundra. GMC has had the Denali trim on the Sierra since 2007, which we wouldn't exactly categorize as "Western" as much as premium. But Chevrolet stood all by its lonesome with just the LTZ as the top trim on the Silverado. No longer. The 2014 Chevrolet Silverado High Country finally gives Chevy dealers and customers a premium theme truck.
We're still not entirely convinced of the need for the High Country, but in the hyper-competitive full-size truck segment, nobody wants to lose a potential sale by not having a trim to match the guys' across the street. The main differentiators of the High Country from "just" the LTZ are mountain-graphic High Country door badges, saddle tan interior, and a standard 8-inch touchscreen display, navigation optional. The High Country's grille also differs from other Silverado models slightly. 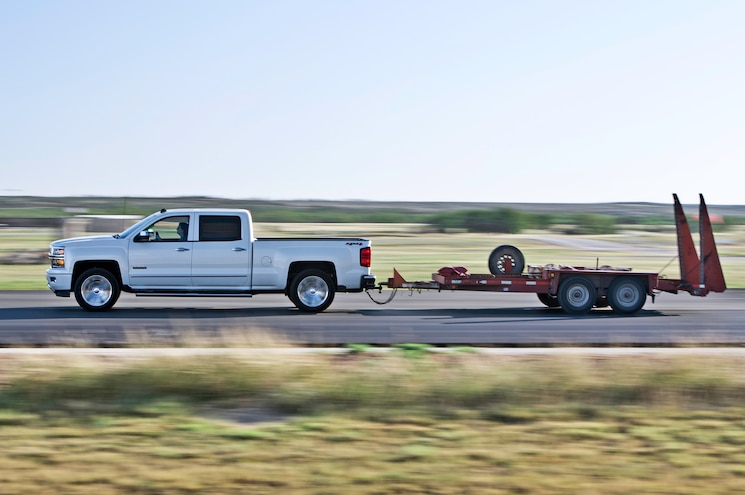 View Photo Gallery | 20 Photos
Photo 2/20   |   2014 Chevrolet Silverado 1500 HighCountry Side View
The High Country's overall style is either tastefully restrained, or uninspired and bland, depending on your perspective. You won't find the filigree graphics and stitching like on the Laramie Longhorn, or even the prominent branding of the King Ranch. Other than a few logos on the exterior and the unique-colored saddle tan interior, there's not a great deal differentiating the High Country from a fully-loaded LTZ. Even the High Country's heated and cooled perforated leather seats are available on other models.
Standard on the High Country, and installed in roughly 70 percent of Silverados that come off the line is the 5.3-liter EcoTec3 direct-injected V-8 making 355 hp and 383 lb-ft of torque. But the headliner for the High Country is the new 6.2-liter V-8 with 420 hp and 460 lb-ft of torque. Unlike the 5.3, the bigger engine doesn't have flex-fuel capability, and feeding it premium unleaded is recommended. Its 11.5:1 compression ratio is a half-point higher than the 5.3, which coincidentally is the same as that in the 2014 Corvette's LT1 engine, to which it's closely related, and actually built in the same engine plant in Tonawanda, New York. 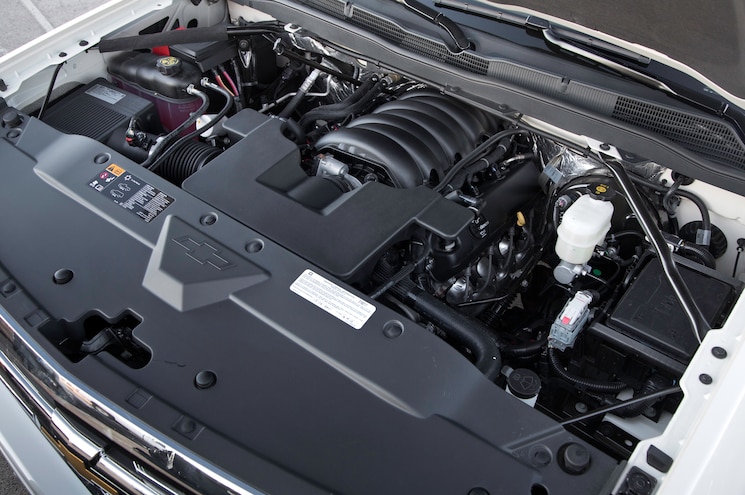 View Photo Gallery | 20 Photos
Photo 6/20   |   2014 Chevrolet Silverado 1500 HighCountry Engine View
Being trimmed to the gills with all the goodies, our High Country tester weighed in at 5687 lb, but the 6.2 shrugged it off, zipping from 0-60 in six seconds flat, and taking care of the quarter mile in 14.6 seconds at 96.6 mph. Pedal-to-the-metal, the 6.2 makes the sounds you'd expect of a big V-8, and especially one that shares much of its hardware and specs with the Corvette, but with the appropriate dose of refinement you'd expect of a $50,000+ truck. As we noted in our first drive, the 6.2 in the High Country is much more refined than Ford's 6.2 in the F-150.
The 6.2 will set you back an extra $1995, and on the EPA test, takes the highway figure down 2 mpg. In our testing between the 5.3 and the 6.2, the real-world difference is much less pronounced, possibly due to the 6.2 operating in four-cylinder mode more often, and the slightly higher fuel efficiency afforded by premium fuel. In the Silverado 1500 with the max tow package, the big V-8 enables a 12,000-lb towing capacity, but in the High Country, towing capacity is knocked down to 9800 lb in order to deliver a more supple ride. In our Truck of the Year testing, we thought the High Country had a fairly firm, but not punishing ride.
From a marketing standpoint, we understand the perceived need for the High Country. But you can equip an LTZ similarly, even down to the engine. In our eyes, the Sierra Denali has more credibility as a premium truck, having a more established history and following. But if you're a lifelong Chevy truck buyer, and want the best the brand has to offer, this is the new top-of-the-line. 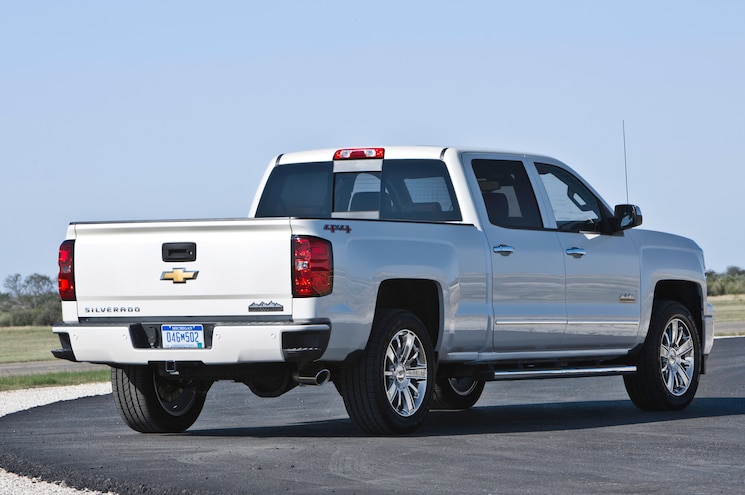 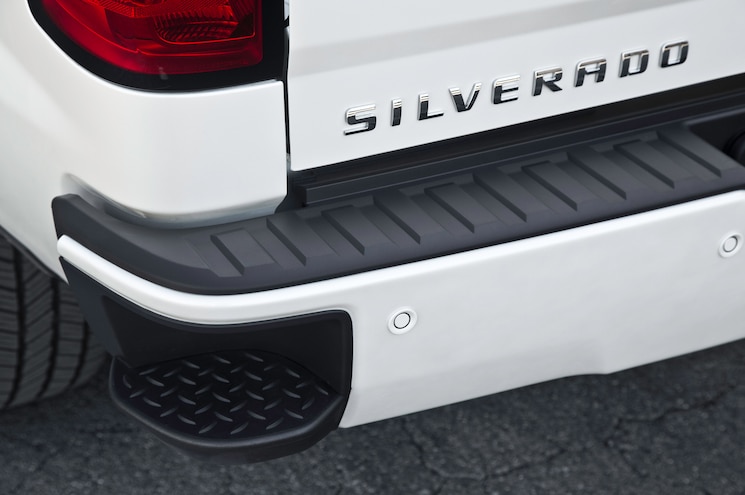