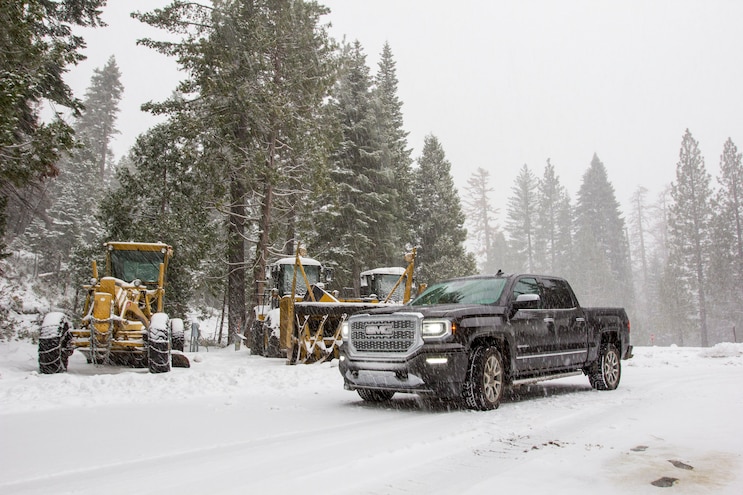 We’re having a difficult time believing that we’ve already logged more than 10,000 miles on our 2016 Pickup Truck of the Year winning GMC Sierra 1500 Denali. That’s truly a testament to just how easy and comfortable this pickup is to drive. During this second quarter we’ve logged several extensive highway runs, which afforded us plenty of uninterrupted seat time. Aside from the seat comfort and ride quality, it’s the Denali’s available technology that has made it easy to spend such long amounts of time on the road.
Our biggest surprise thus far has been just how useful the standard OnStar 4GLTE Wi-Fi has been. Suddenly the Denali has become a mobile office anywhere there’s AT&T cellular service. While one person is driving, passengers can easily be cranking away on office tasks while connected to the Wi-Fi. And it’s not just a basic connection either; the system is legitimately fast. Downloading large files takes no time at all. We’ve also found it useful for streaming music as well. By connecting our iPhone to the Wi-Fi and to the infotainment system through CarPlay, we’ve opened up an entire world of entertainment options. The only downside to the 4GLTE WiFi through OnStar is the cost, but that’s just the nature of the beast.

View Photo Gallery | 4 Photos
Photo 2/4   |   Despite having 420 hp on tap, the Sierra 1500 Denali is extremely surefooted when the road gets slushy. Wide tires, good traction control, and the GMC’s auto-4WD setting make for pleasant winter driving.
Speaking of CarPlay, we’ve spent a decent amount of time this period experimenting with this function. While we appreciate GMC adding it to the Intellilink system, we’ve got to think Apple has a way to go with it before it can replace traditional radio and navigation systems. While CarPlay is novel, we feel that Intellilink has one of the best and most intuitive navigation systems currently available and the audio system and Bluetooth phone connectivity is right up there as well. Generally speaking, we’re not huge fans of Bose audio, but our Sierra’s equipped stereo sounds pretty decent, even at volumes not appreciated by our elder passengers.
While we logged a pile of miles this quarter, the Sierra also spent a considerable amount of time in the shop. The first was for an airbag software recall that affected 3.6 million GM vehicles. A computer reflash fixed this issue. While the truck was in for the airbag fix, we also had them look into the transmission shifting issue that we mentioned in our previous report. Two reflashes later and the issues seem to have been resolved. We still get the occasional firm shift but nothing like it was before. Lastly, after the transmission was fixed, the system that controls the Forward Collision Alert and Lane Keep Assist features quit working. It took two weeks to get a replacement part, but all is well now. 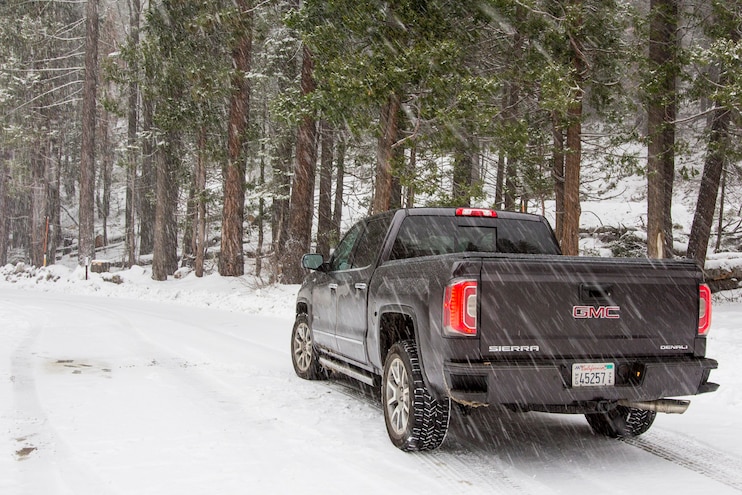 View Photo Gallery | 4 Photos
Photo 3/4   |   2016 Sierra Denali Long Term Report 2 Rear
As we hit the midway point in our time with the ’16 GMC Sierra 1500 Denali, it continues to prove that it deserved the title of Pickup Truck of the Year by being both comfortable and capable. We look forward to learning more about what the Sierra has to offer in the coming months and really aren’t looking forward the day when it has to return to its home. 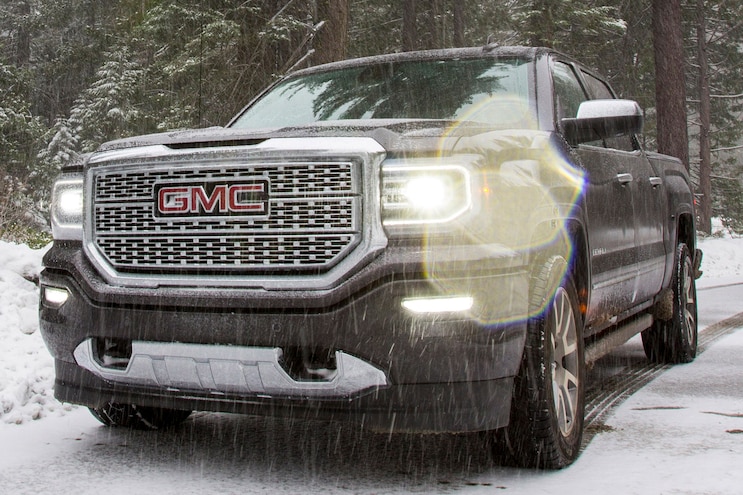 View Photo Gallery | 4 Photos
Photo 4/4   |   We love the Sierra’s LED head and fog lights. The output is among the best we’ve ever driven, and the styling is second to none.
Logbook Quotes:
“Truck’s too low for the power steps to really be useful, which is unfortunate because they are so cool!”
“The 4GLTE Wi-Fi is amazing! It’s so fast and works very well in most places.”
“Why do the fog lights default to off every time I shut the truck off? Can’t we just leave them on?”
“Seat heaters are definitely Arctic-rated—my buns are warm!”

- OF
By Jason Gonderman
688 Articles