A new drivetrain hints at the future. 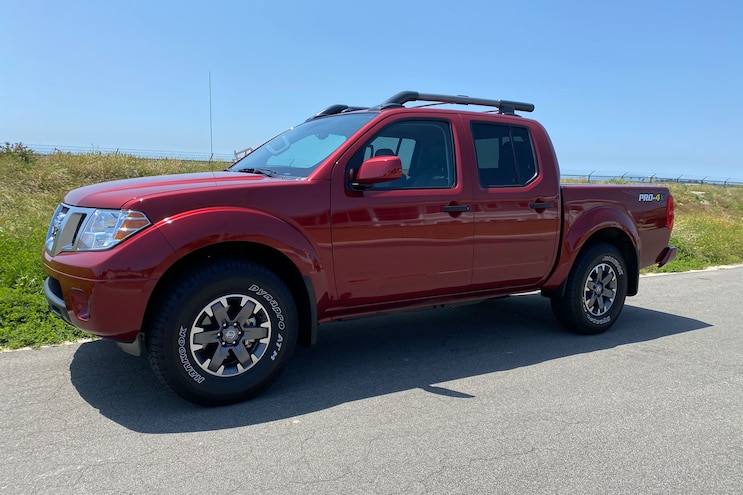 While it might not be the all-new refresh we've been anticipating, the 2020 Nissan Frontier is a nice update and preview for what's to come. As a one-year-only stopgap, it represents the future while giving people one last reason to shop the Frontier before the new truck comes a year from now.
Overall, the '20 Frontier is as familiar as it was when it was introduced way back in 2004 as a 2005 model. In fact, it's so familiar, potential buyers might pass by the fact that a truly competitive drivetrain lurks quietly just under the hood. Gone are the 152-horsepower, 171-lb-ft 2.5L four-cylinder and the venerable 260-hp, 281-lb-ft 4.0L V-6, along with their respective manual and five-speed automatic transmissions, replaced with the lighter, 93 percent new, 3.8L DOHC V-6 and a nine-speed automatic transmission found in the 2020 Titan. 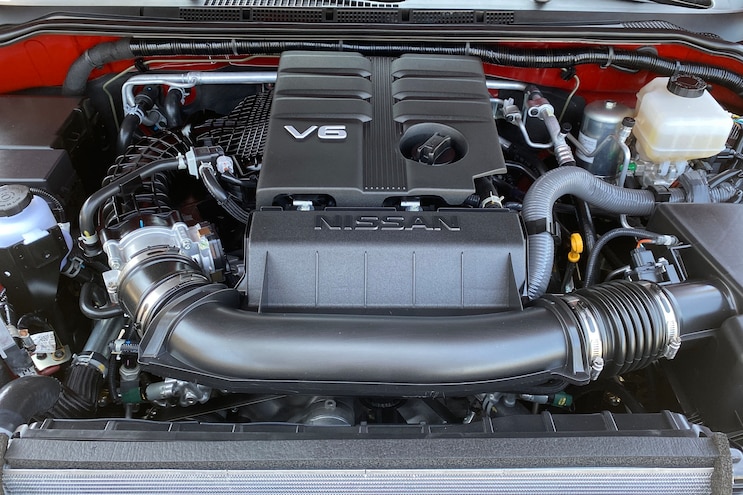 View Photo Gallery | 15 Photos
Photo 2/15   |   002 Nissan Frontier First Drive
This new direct-injected engine and trans combo will be the sole motivator in the 2021 Frontier, and the new V-6 puts out a best-in-class 310 hp, a full 49 hp more than the outgoing 4.0L, and retains the 281 lb-ft of torque rating, all while improving acceleration, fuel economy, and emissions. Developed specifically for the U.S. market, the VQ38 has been extensively tested in North America and uses modern tech, such as heads with integrated exhaust manifolds, a variable displacement oil pump, variable timing, and a variable tumble control valve. 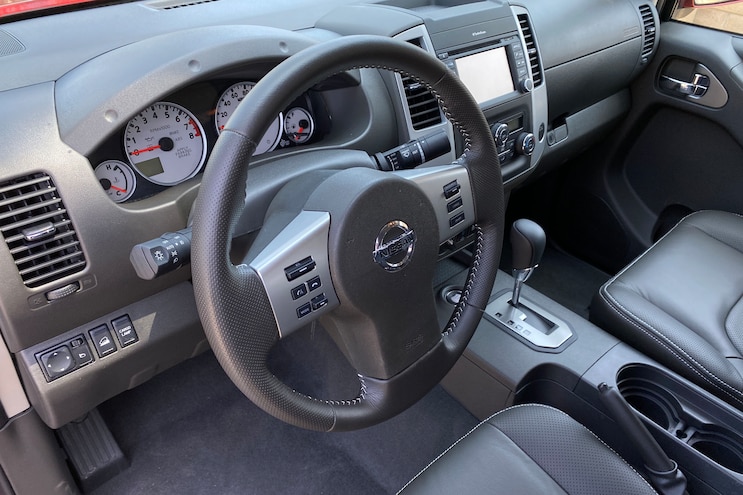 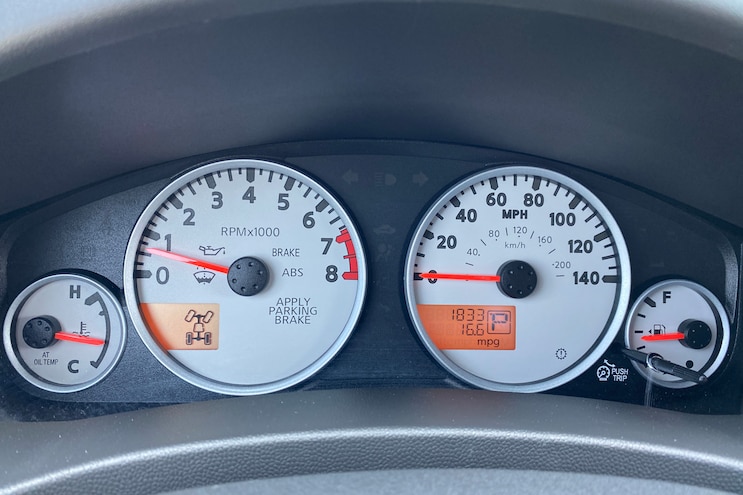 View Photo Gallery | 15 Photos
Photo 4/15   |   004 Nissan Frontier First Drive
You won't be mistaking the Frontier for a new truck. Styling remains identical for 2020, but as far as 15-year-old designs go, the Frontier has aged pretty well. The interior, well, hasn't; it's the same plasticky and durable place that you either love for its simplicity and great outward visibility or dislike for its lack of creature comforts and tech. Fortunately, air conditioning, a decent stereo with Bluetooth streaming audio, and power locks and windows don't make it feel like a penalty box.
Based on the robust and arguably overbuilt stout F-Alpha platform, the 2020 Frontier retains a fully boxed ladder frame with independent front suspension and a solid axle and leaves out back. It's a basic truck that gets the job done, especially for those who appreciate the proven over the next big thing. 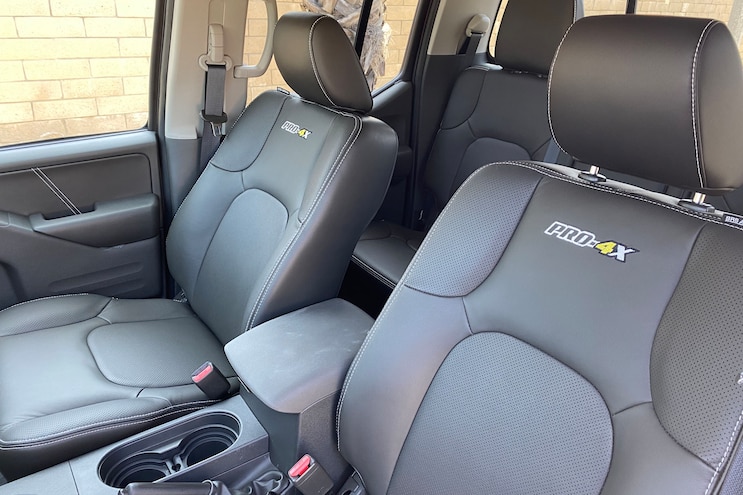 View Photo Gallery | 15 Photos
Photo 5/15   |   005 Nissan Frontier First Drive
Sliding behind the wheel of the Frontier, everything is about the same as you might remember from the last time you were in one, although eagle-eyes will catch the updated gauges and push-button starter on the console. The first real giveaway is the startup sound as the 3.8L fires up with a modern sweetness and smoothness the old 4.0L could only muster when parked. For those of a certain age group, grabbing the sizeable leather shifter on the chrome stalk might bring back memories of your first driving experience in your parents' late-'80s Japanese sedan or your first hand-me-down car.
One of the things we were reminded of during our time with the Frontier is just how good the Frontier chassis still feels. Sure it might not handle as well as the new trucks in spirited driving, but it is perfectly competent everywhere else. Steering is slow, but brakes are strong with good pedal feel. It is directionally stable and goes down the road easily and without much harshness. If someone would have blindfolded us so that we couldn't see the aged dash, we might have heard the new engine and mistaken this for a truck that doesn't have roots in the ealy 2000s. In fact, just to show you how far the Nissan F-Alpha platform was ahead of its time, a version of it still underpins the Titan today. 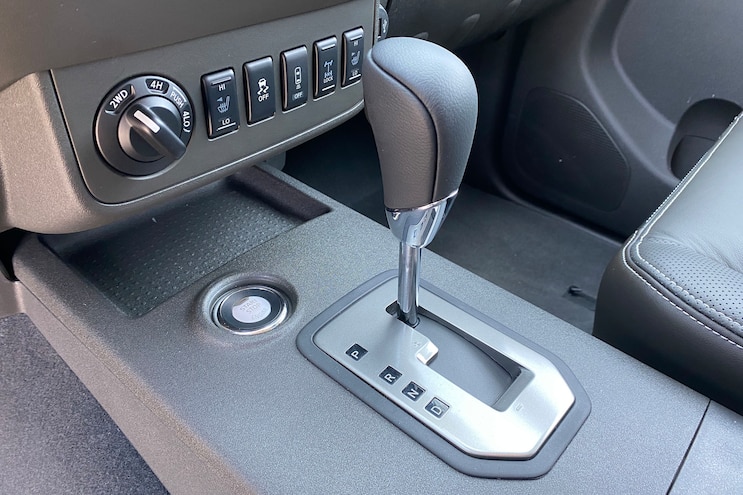 View Photo Gallery | 15 Photos
Photo 6/15   |   006 Nissan Frontier First Drive
Our super-low-mileage tester didn't feel completely broken in, and while power was good, we expected it to be a little livelier with the best-in-class horsepower and the wider gear spread afforded by the nine-speed. We are fans of the nine-speed in the Titan, and it is essentially the same unit in the Frontier. Shifting is smooth, but there were times when the transmission wanted to be in a different gear than we thought it should be. That's not to say it hunts; sometimes we just expected it to be in a different gear for the situation. We also noted that the PRNDL is actually just PRND, and without any tow/haul mode or manual gear selection, you are left at the mercy of the computer for gear selection, something we hope Nissan will remedy in the new truck.
On the highway is where the nine-speed shines with low rpms at cruise and the ability to find the right gear for strong passing power. It certainly feels more refined in all situations than the outgoing five-speed.
Our Pro4X model rode on nearly 32-inch Hankook all-terrain tires and Bilstein shocks. We love that the PRO4X still has a real rear locker, full skidplates, and useable tow hooks. We also love that nothing hangs down below the tall and full boxed framerails, a hallmark of the F-Alpha. If we had one complaint about this generation of Frontier, it would be that it runs out of travel too fast, so we are hopeful that Nissan can design in a little more travel into the next truck. 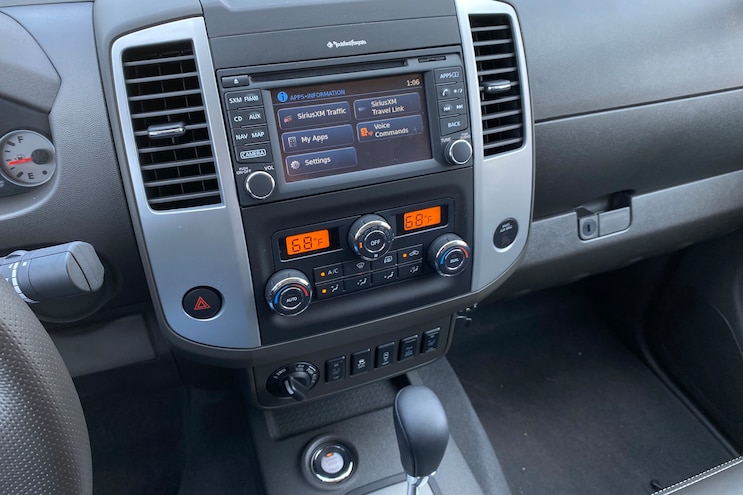 View Photo Gallery | 15 Photos
Photo 7/15   |   007 Nissan Frontier First Drive
If you are someone in need of a new truck but loathe all of the tech and accouterment that comes with them, the Frontier should be high on your shopping list. It's a simple, honest, rugged, durable, and dependable truck that just got a drivetrain that mixes the best of the modern world with the best of the old school. A Nissan Frontier recently crossed the 1,000,000-mile threshold and when we asked the chief engineer if she had any concerns whether this truck would do the same, her answer was, "It'll go further." You have to love that Nissan confidence, and what better way to say farewell to this generation of Frontier than to give it the heart of the next generation. 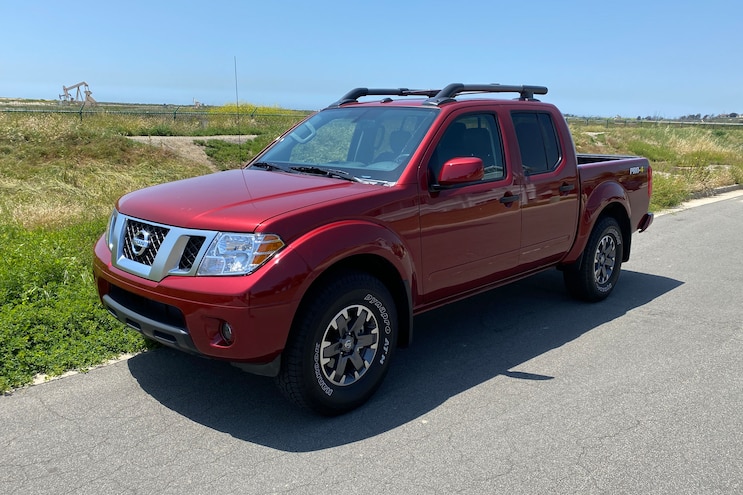