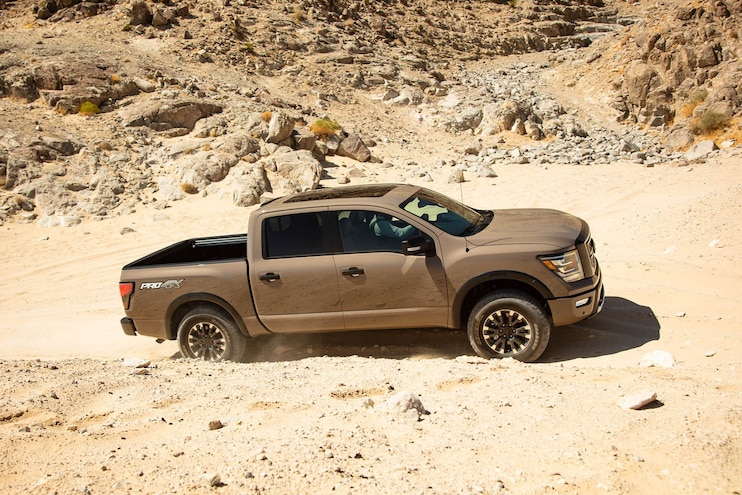 As the cover came off the 2020 Nissan Titan, our first thought was that this should have been the truck that debuted in 2017. With refreshed and emboldened styling, no one can call the Titan derivative anymore. Clearly staking out its corner with a look that is unique to Nissan, the Titan finally stands out in a crowded half-ton field once again. With that, we were anxious to dig deeper into Nissan's updates that focused on feedback from its loyal customers and the right mix of investments to retain the Titan's exceptional value, while improving its competitiveness. 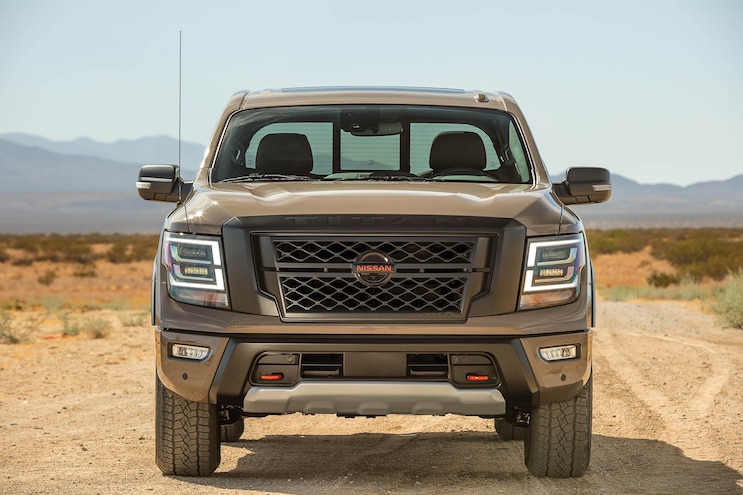 The 2020 Titan's fresh new look includes a more distinctive front clip with signature LEDs on premium models and distinctive grilles that are unique to their respective trim levels, which include the S, SV, PRO-4X, SL and Platinum Reserve. The Titan continues on with a King Cab, 6.5-foot bed (S, SV, and PRO-4X only), and a Crew Cab, 5.5-foot bed model. Of course, our favorite model is the 4x4-only PRO-4X, which we'll focus on here. 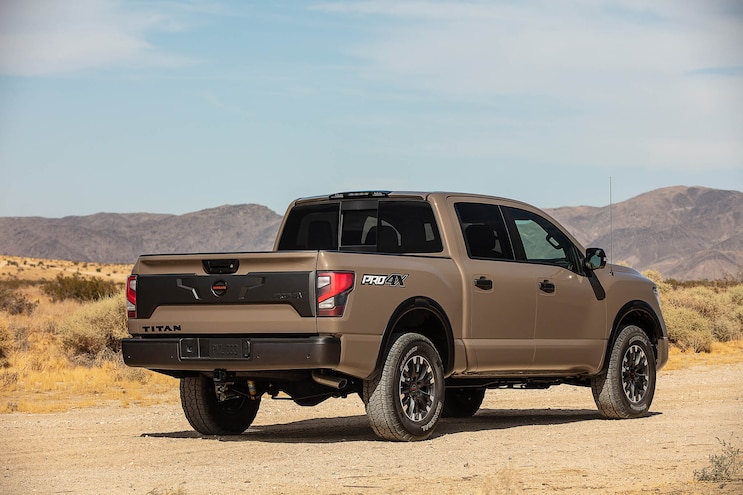 To stand apart from the rest of the lineup, the PRO-4X gets a matte black grille and tailgate applique, unique wheels, and Lava Red accents on the blacked-out Nissan badging and prominent tow hooks, as well as a front skid plate embossed with the PRO-4X logo. The signature DRLs use a total of four LED boards and put out 800 lumens each, while all exterior lighting has now been upgraded to LEDs. The previously adequate headlights are now excellent, thanks to 120-percent more light output on the low-beam setting and the fog lights now cast a 15-percent wider beam for improved visibility.

Chassis is carryover, which isn't a bad thing, considering the Titan already benefits from the frame being fully boxed, with all of the important bits tucked up above the bottom of the frame rails and protected by skid plates. The PRO-4X features Bilstein monotube shocks that provide a comfortable and controlled ride and 18x8-inch wheels that are wrapped in 275/65R18 (33-inch) General Grabber tires. 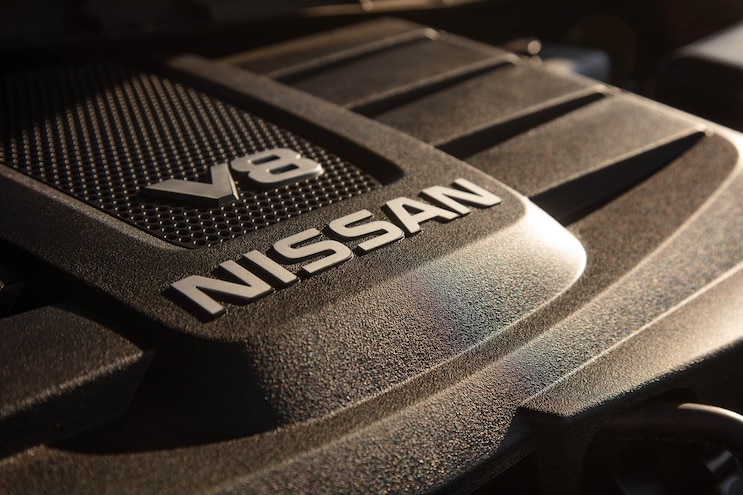 What isn't carryover is the improved drivetrain, courtesy of a 9-speed JATCO automatic transmission that replaces that outgoing 7-speed. Not that there was anything with the 7-speed, in fact we were huge fans of it, but the 9-speed is just that much better, allowing Nissan to lower the final drive ratio from 2.93:1 ratio to a 3.69:1. This change, when matched to the Titan's standard and re-tuned 5.6L DOHC direct-injected Endurance V-8 with 400 horsepower and 413 lb-ft of torque on premium fuel (regular can still be used, albeit with a slightly lower power output), gives the truck and even more responsiveness than before. 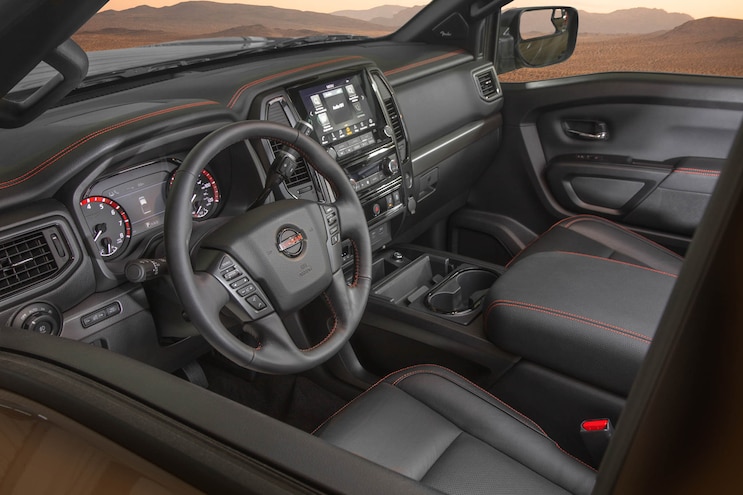 The already upscale interior also gets some notable tweaks, the most obvious is the optional 9-inch Integrated Command Center with a high-resolution touch screen display. The new system houses the controls for the exceptional 12-speaker (10 in the King Cab), 485-watt, 9-channel Fender audio system with Bassman subwoofer and Panasonic's Acoustic Motion Control. Meant to offer balanced sound from the factory, we've found that the system is so clear, that even at high volume levels you can hear individual strings on a guitar, for example, with no distortion. The system also offers a slew of other features, such as Apple CarPlay and Android Auto, as well as WiFi. Oh, and early adopters rejoice, as Nissan has added additional USBs to the interior, including USB-Cs. 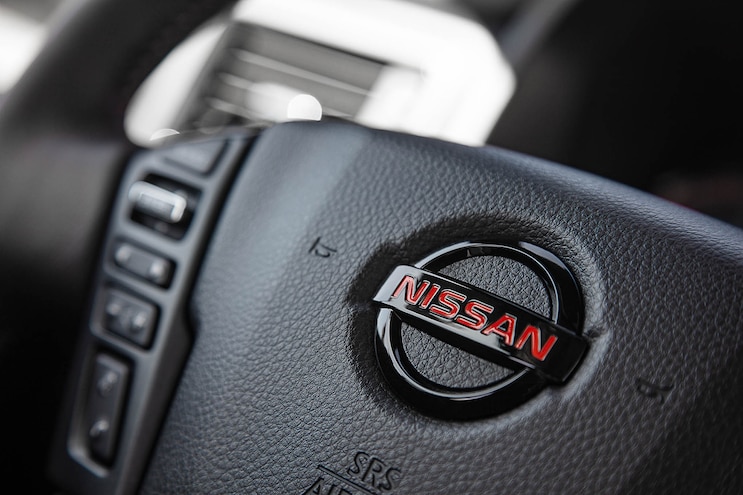 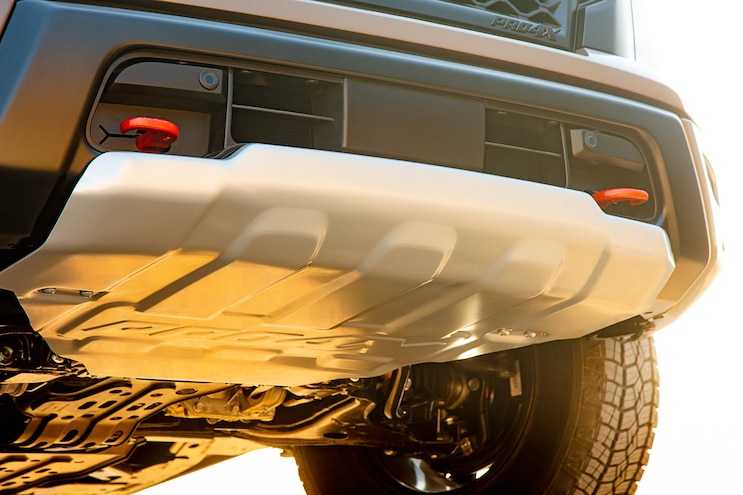 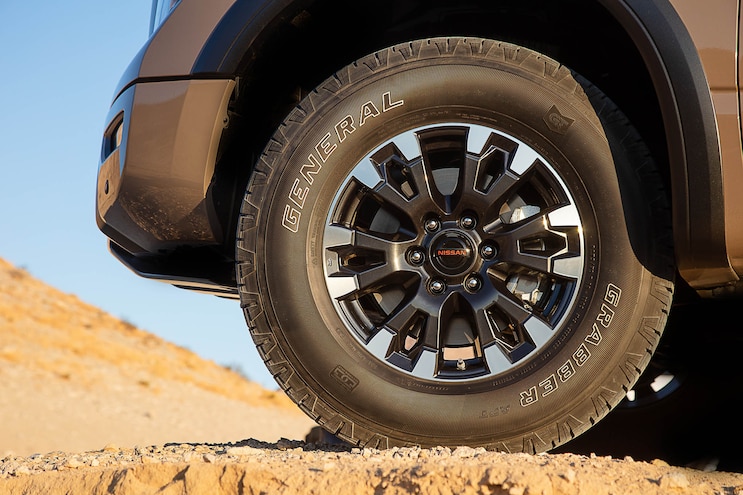 We had a chance to get behind the wheel of the 2020 Titan in the Utah high country and despite the high altitude, we were immediately impressed with the new drivetrain. On the road, the 9-speed is great. It clearly makes the truck quicker and more responsive. Nissan says 50-70 passing power has improved by nearly a second, and we have no reason to doubt it. Even with a 6,000-pound trailer in tow, we found the Titan was more than up to task, easily merging with traffic and handling grades with ease. Towing tops out at 9,210 pounds on 4x4 Titans, while payload maxes out at 1,680 pounds putting it right in line with the competition.

Owners will really appreciate taking the Titan on long hauls, with or without a trailer. Thanks to laminated front glass and some acoustical tuning, the Titan is even quieter than before. The cab is big and roomy, with all of the controls laid out logically and despite the big screen, there are still plenty of physical buttons. A new phone holder is smartly designed and can be installed at different positions in the console, similar to the cup holders. We also loved the huge panoramic sunroof and of course, the best seats in the business, Nissan's Zero Gravity thrones, which make peeling of long days behind the wheel effortless.

Off road, the Titan is as good as always with very good capability and a lot of fun that can be doled out by the big torquey V-8. While we'd still like Nissan to take the off-road package a step further with something like the Warrior concept, but the PRO-4X is competitive with the majority of off-road packages out there, checking all the boxes you would expect: useable tow hooks, skid plates, rear locker, monotube shocks, more aggressive tires, and a decent 54.4:1 crawl ratio. Plus, we welcome the different views from the camera and the extra info provided by the driver's information screen. 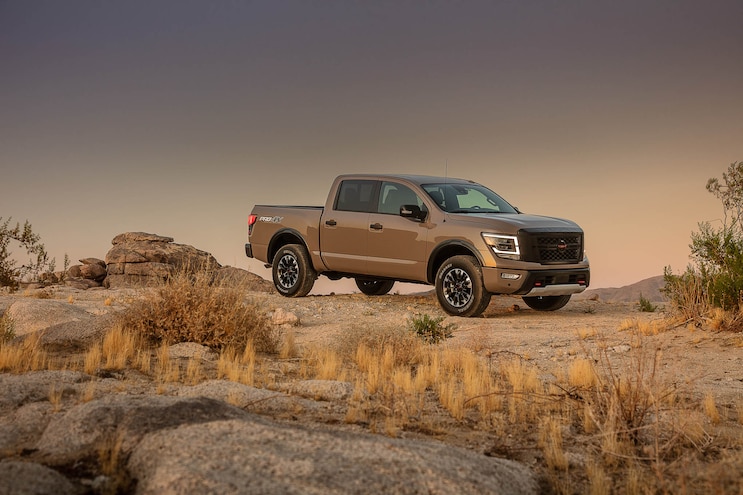 Overall the Titan is a fantastic, yet underrated, truck for daily life or a favorite backroad adventure. With the PRO-4X starting at $47,590 for a King Cab and $49,790 for a Crew Cab, there is a ton of value in this truck and would be hard to find another better-optioned truck for the money. From our standpoint, we don't see any downside to ordering the PRO-4X over any other model, and thanks to the Bilstein shocks, we'd argue it's the best-riding version. The Titan also continues to be offered with the industry's best warranty at 5 years/100,000 miles. If we were in the market for a half-ton, we'd give the Titan PRO-4X a serious look, in fact we'd take ours in the new Baja Storm color and enjoy the industry's best kept secret in half-ton trucks. 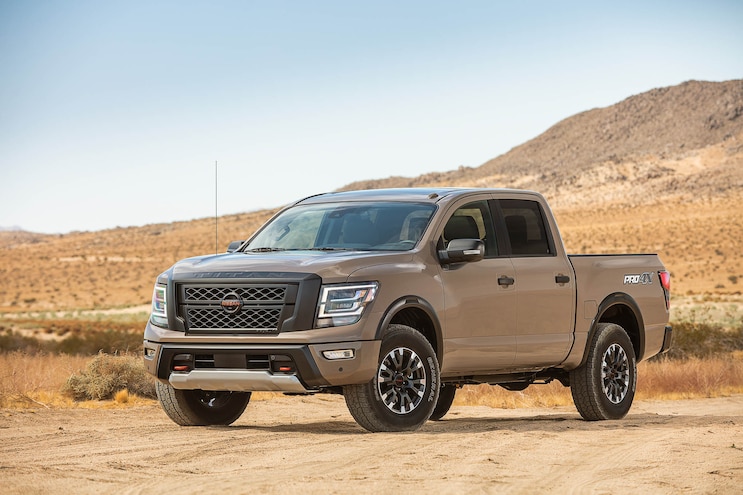