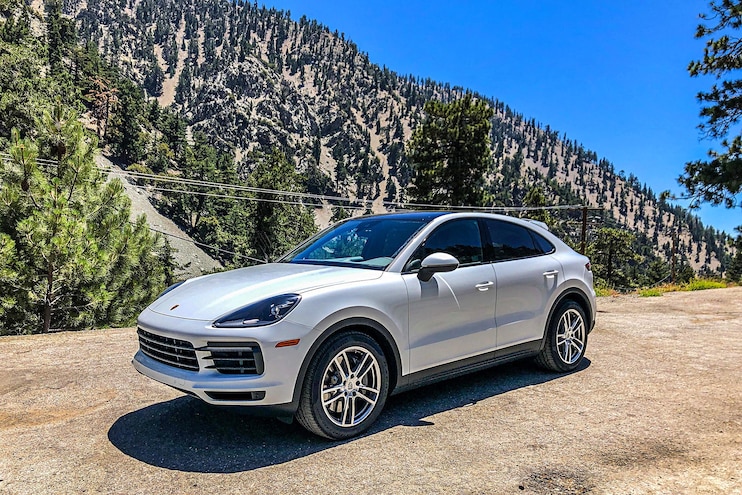 Not too long ago we had the opportunity to spend some time with the refreshed 2019 Porsche Macan S. The Macan was great, and it easily demonstrated why it has quickly become Porsche's best-selling vehicle. After such a great time with the Macan, we were excited when we were offered some time in the new 2020 Porsche Cayenne S Coupe.
Porsche first introduced the Cayenne in 2002 with sales in the United States beginning in 2003. In the last 17 years, the vehicle has seen three different generations and several face-lifts. Most recent was a full redesign for the 2019 model year. Joining the Cayenne lineup for 2020 is the new Cayenne Coupe.
With a sportier and more style-oriented focus than the standard Cayenne, the Cayenne Coupe differs in a few important ways. Revisions from the A-pillar rearward create a strikingly different look, which begins with a roofline that is 0.78 inch lower than the Cayenne's. A panoramic fixed glass roof is standard on all Coupe models, with a carbon-fiber roof being optional. Rear seats are lowered into the vehicle to compensate for the reduction in roof height. Aiding with aerodynamics, the Coupe features both a fixed rear roofline spoiler and an adaptive rear spoiler positioned on the hatch that extends 5.3 inches at speeds above 56 mph. 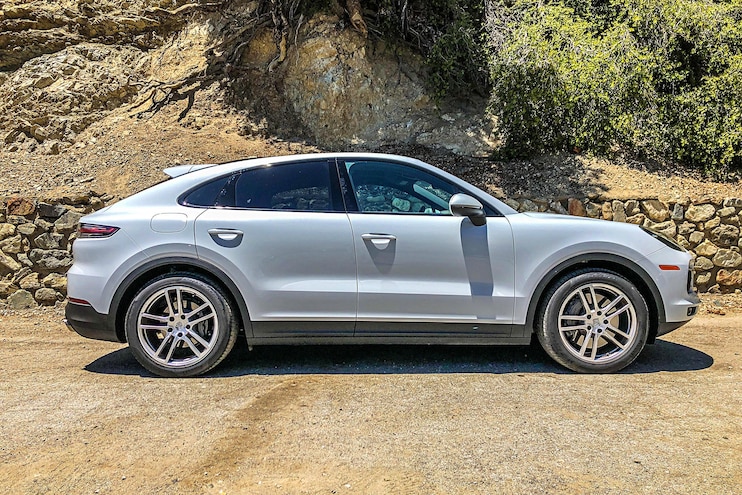 View Photo Gallery | 36 Photos
Photo 2/36   |   002 2020 Porsche Cayenne S Daily Driven
Redesigned rear doors and quarter panels broaden the Cayenne Coupe's stance by 0.70 inch, and the rear track width has been widened by the same amount. The rear license plate has been moved from the liftgate down to the bumper, which serves to visually lower the vehicle. The Porsche Cayenne Coupe also comes with an impressive list of standard features. These include the Sport Chrono package, speed-sensitive Power Steering Plus, Park Assist, Porsche Active Suspension Management (PASM), and 20-inch wheels.
Driving the 2020 Porsche Cayenne S Coupe was pure joy. The twin-turbocharged 2.9L V-6 engine was subtle and refined when it needed to be, and a fire-breathing dragon when we wanted. Merging onto the freeway wasn't just easy, it was fun. In Sport and Sport+ modes, the eight-speed transmission fired off shifts quickly and firmly as the engine spun high into the rpm band, making a glorious exhaust note. When in normal drive mode, the Cayenne Coupe cruised quiet and composed, giving way to the perfect blend of luxury and performance. We managed 17.11 mpg over the course of nearly 308 miles, though some of that was a spirited jaunt up a windy mountain grade. We're fairly confident that, with gentle driving, the EPA-estimated 22 mpg highway isn't out of reach. 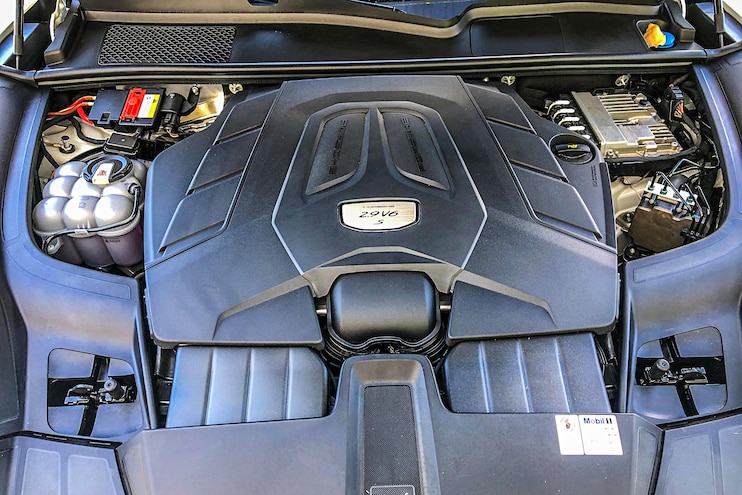 View Photo Gallery | 36 Photos
Photo 3/36   |   014 2020 Porsche Cayenne S Daily Driven
Speaking of windy mountain roads, we thoroughly enjoyed our time with the Cayenne Coupe in the twisties. The vehicle's advanced all-wheel-drive system kept the power going to the pavement, and sticky Pirelli tires gripped the road like a chameleon clinging to a wall. Naturally, in our speed-limit-controlled real-world driving we noticed no difference from the all-season Pirelli P Zero tires fitted to the Cayenne Coupe and the more aggressive three-season versions that are available. The sticker on the dash reminding us to stay below 150 mph made us giggle a few times as we cruised at the posted highway speed limit. If we had found a track, however, the Cayenne S Coupe is capable of sprinting from 0 to 60 mph in just 4.7 seconds on its way to a 13.3-second quarter mile and 163 mph top speed (according to Porsche).
Our tester was fitted with four-corner air suspension, which quickly adapted to the various driving modes. Ride quality on the road in normal mode was fantastic—not too soft nor too firm, it was just right. Switching to Sport firmed up the suspension damping, and going further to Sport+ lowered the ride height, as well. Much like the Macan, the Cayenne Coupe was fitted with an off-road mode, which raised the suspension for additional ground clearance. We were excited to find that the Cayenne Coupe was also fitted with both a center differential lock and rear differential lock. We're still not sure who is going to be wheeling their Porsche, but should the need arise the Cayenne Couple should be plenty capable to get out of most situations (except maybe crawling over Beetle-sized boulders, and we'd recommend a tire other than the P Zero). We didn't hit any trails during our time with the Cayenne Coupe, mostly because we didn't feel like explaining where we had to leave the front valence and why we expensed two tires. 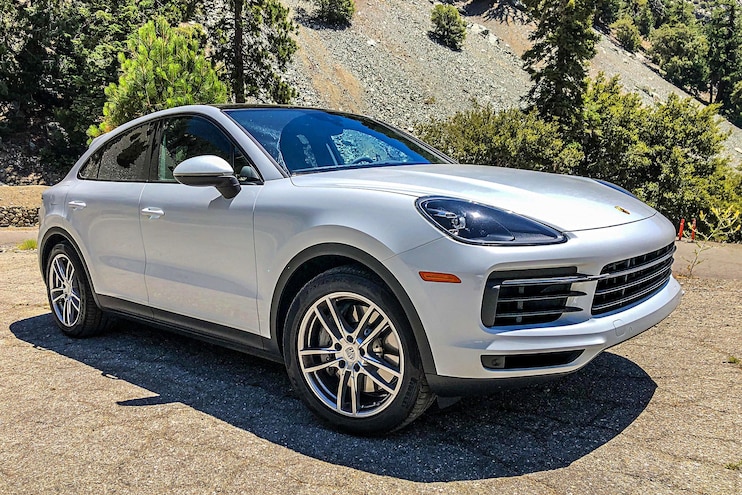 View Photo Gallery | 36 Photos
Photo 4/36   |   007 2020 Porsche Cayenne S Daily Driven
Moving inside, the Cayenne S Coupe proved to be a comfortable ride for daily driving. S models come fitted with eight-way sport power driver and passenger seats, while Turbo models get 18-way adaptive sport seats. Some drivers might not appreciate the sport seats' high bolsters, but we love a nice tight hip hug. The Cayenne Coupe comes standard as a four-seater, with a divider tray in the middle of the rear bench to accompany sportier rear seats. A fifth seat belt is available as an option for those who need one.
The infotainment system is smart and well thought out, and we especially enjoyed the wireless Apple CarPlay. There are four USB ports found throughout, and all are USB-C (so bring an adapter). The center stack and vehicle controls took us a few minutes to figure out, as there is an interesting combination of physical buttons, switches, and capacitive touch points. We found ourselves changing display modes several times by accidentally brushing controls when attempting to adjust the A/C vents. Speaking of air conditioning, if we had a singular complaint about the Porsche Cayenne Coupe it would be the fact that the vehicle is fitted with what must be the loudest HVAC system on the planet. While there were many options for air speed and vent controls, we couldn't find one that didn't sound like a jet engine spooling up. At least the air was quite cold. 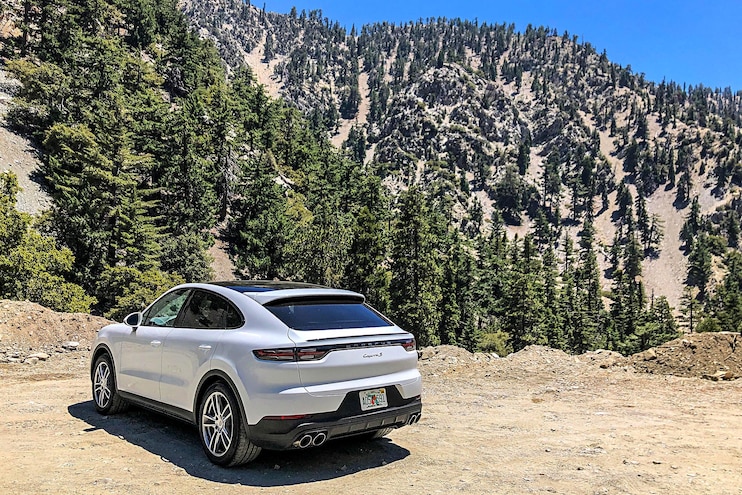 View Photo Gallery | 36 Photos
Photo 5/36   |   003 2020 Porsche Cayenne S Daily Driven
Overall, we had a great time with the 2020 Porsche Cayenne S Coupe. The 2.9L twin-turbo V-6 made gobs of power, and with more than 400 lb-ft of torque available at just 1,800 rpm it really felt quick. The vehicle is packed with a good amount of comfort and tech, and there was plenty of seating and storage for a family of four. Adding icing to the cake is the addition of locking differentials for times when road conditions are less than ideal, and a towing capacity of more than 7,700 pounds. So, if you're looking for a true jack-of-all-trades performance SUV but desire a bit more in the style department, look no further.