Redesigned from The Ground Up. 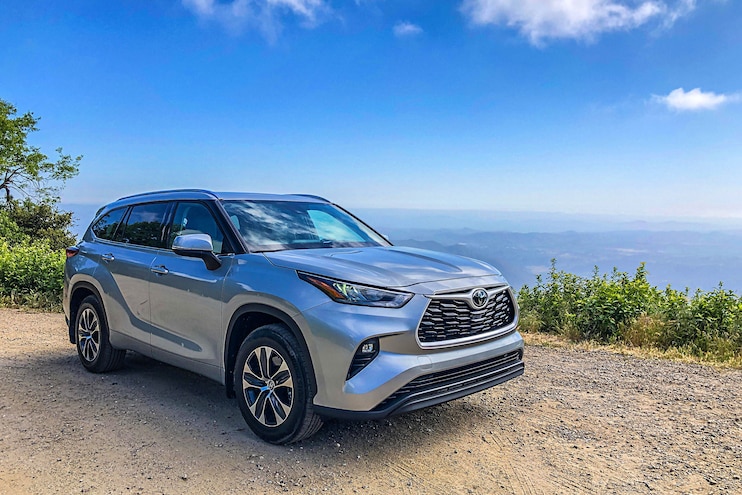 Toyota's Highlander has been a mainstay of the three-row midsize SUV segment since 2001, and it was Toyota's best-selling SUV until RAV4 surpassed it in 2006. In 2018, Toyota set a record by selling nearly 250,000 Highlanders in the United States. Naturally, then, a redesign of Highlander wasn't something that Toyota could take lightly. To say Toyota nailed it with the all-new fourth-generation 2020 Highlander just might be the understatement of the century.
Now, we've got a few caveats to get out in the open before we move on. Exciting, the Highland is not. Thinking of it like a family dinner party, Highlander would be your Aunt Cindy. She has a nice house in the burbs, a fully funded 401k, has never been late for work, her favorite color is beige, and she treats her cats better than most humans. Highlander is not, however, uncle Bob. You know that uncle, the one always looking for a party, with a long flowing mullet and Skynyrd blasting on the stereo. Highlander is safe, reliable, dependable, and comfortable. Exactly all of the things that someone would want in a family vehicle and more. 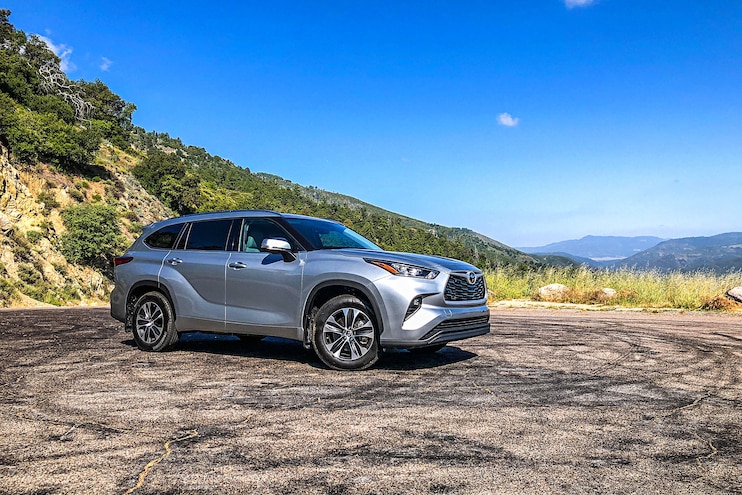 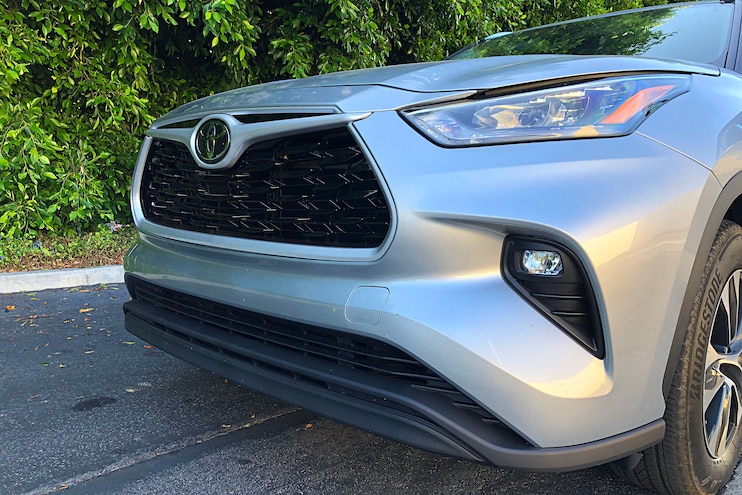 View Photo Gallery | 30 Photos
Photo 3/30   |   024 2020 Toyota Highlander Xle Daily Driven
It's also worth noting that, while we were offered the Highlander XLE for a week to review, we didn't quite make the cut for the early launch program. We bring that up only to say that if you want all the dirt on full lineup of Highlander trims, powertrains, or the history of Highlander, you'll want to click over to our friends at MotorTrend.com. Now, on to our thoughts after spending a week with the all-new 2020 Highlander.
What showed up in our driveway was an XLE fitted with the company's 3.5L V-6 engine and all-wheel drive. Essentially, this is the what we would consider the volume seller. Although most manufacturers tend to only put top-of-the-line fully outfitted vehicles in the press fleets, we applaud Toyota for including the vehicle that most people are likely to buy. What this also meant was that we were missing features only available on Limited and Platinum trims, such as the new 12.3-inch infotainment system, 1,200-watt JBL audio system, adaptive headlamps, head-up display, lighted sill plates, puddle lamps, leather seats, ventilated seats, wood interior trim, digital display rearview mirror, 360-degree birds-eye-view camera, or a panoramic moon roof. To put it simply, you can get into a very luxurious Highlander by opting for a Limited or Platinum. 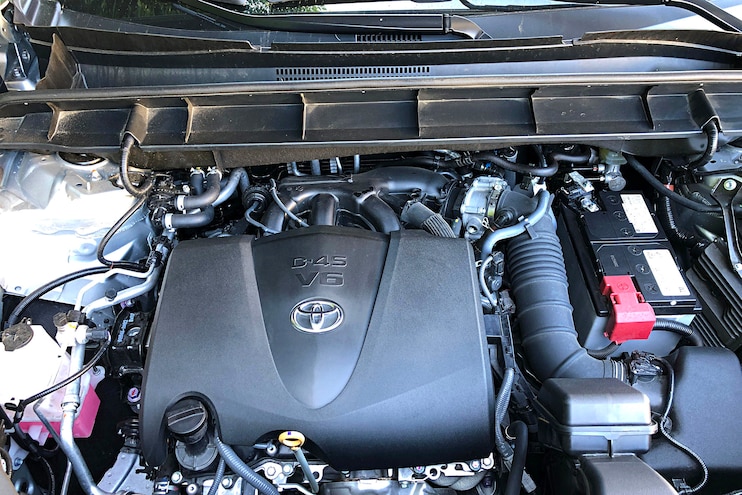 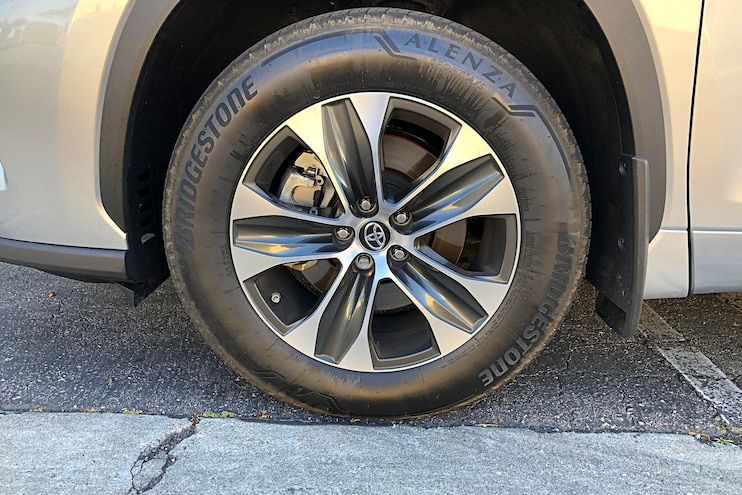 View Photo Gallery | 30 Photos
Photo 5/30   |   022 2020 Toyota Highlander Xle Daily Driven
What our XLE did come with, however, wasn't to be scoffed at. Toyota Safety Sense 2.0 is standard on all trim levels of Highlander, and it brings with it a pre-collision system with pedestrian detection, full-speed range dynamic radar cruise control, lane departure alert with steering assist, automatic high-beam assist, lane tracing assist, and road sign assist. The XLE also features an 8-inch infotainment display, 7-inch multi-information display, heated front seats, second row sunshades, LED fog lamps, a power moon roof, and SofTex-trimmed seats and door trim, among other features.
The Highlander's exterior styling has been updated to give a more bold, chiseled, and athletic look—Toyota's words—and we'd agree that Toyota has achieved what they set out to do. The 2020 Highlander definitely looks more "sport utility" and less "minivan with doors", or "marshmallow" as the first generation is sometime referred to. Underpinning the whole thing is Toyota's New Global Architecture (TNGA-K), which also provides the basis for RAV4, Sienna, Camry, Avalon, and more. This matters because the extensive use of high-strength steel creates a stiffer chassis, which in turn allows for better suspension tuning. 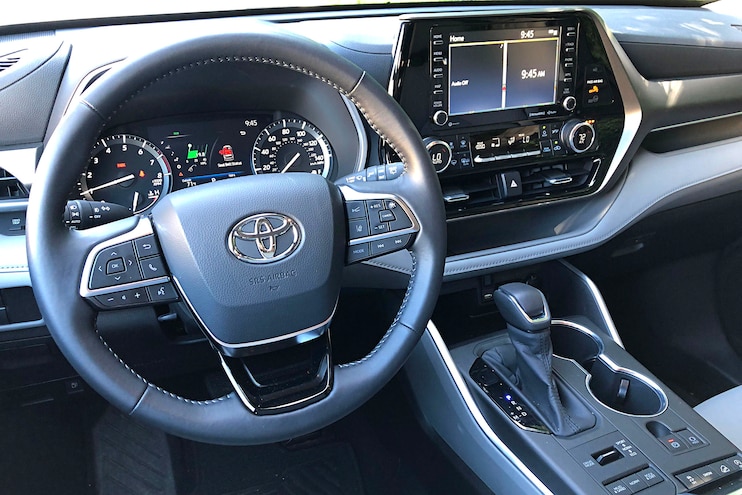 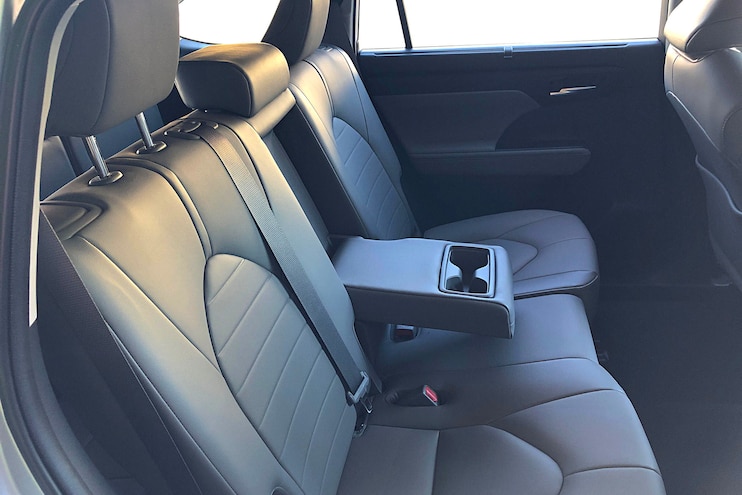 View Photo Gallery | 30 Photos
Photo 7/30   |   016 2020 Toyota Highlander Xle Daily Driven
So, the big pressing question, how does it drive? In a word, great. As you would expect from any Toyota product, the 2020 Highlander performs its tasks competently and with a humble attitude. Highway ride quality is good; however, broken pavement and mild undulations quickly reveal a need for more rear suspension rebound control. Road noise is on the higher end, but we think that's more a consequence of tire choice. Bumping up to a higher trim with laminated front glass would surely cut down on the disturbance. Navigating city streets and mall parking lots is a breeze thanks to its improved turning radius; however, if carving mountain roads is your thing, the Highlander quickly shows its limitations.
Steering is there and it happens, much the same with braking. It's such a non-event, neither good nor bad, that driving the Highlander is essentially effortless. That is a good thing when you need to be quieting down three screaming kids in the back and don't have time to worry about the task of actually driving. In much the same regard, the adaptive cruise control functioned flawlessly, and the new lane tracing assist was a nice touch. Basically, on roads with well defined striping, the Highlander offers a fairly decent level of autonomous driving (while keeping a hand on the wheel, of course). We did notice that this feature cut out more frequently than that of the competition, though it likely has more to do with the poor California roads we were traveling than the vehicle itself.
We found the power from the 3.5L V-6 engine to be perfectly adequate for our driving needs. It has plenty of oomph to pass and merge while not being over-the-top. This engine, also found in Tacoma, makes 295 hp and 263 lb-ft of torque. Sending power to the wheels is an 8-speed automatic transmission, which performed its duties with such grace that gearshifts were hardly ever noticeable. Out tester featured all-wheel drive and came with a few different drive modes. Standard were the Eco, Normal, and Sport modes, and with the all-wheel drive came Mud & Sand and Rock & Dirt. We pushed all of the buttons but honestly didn't notice a whole lot of difference. The different modes alter throttle input and shift points, and the off-road modes affect the all-wheel drive system. However, none were aggressive enough to make us really excited. Which, again, is perfectly acceptable for Highlander. We do with the fancy torque-vectoring all-wheel drive system that the high-end trims get was available across the lineup, but we're confident this base system would get you down the dirt road to summer camp or along the snowy path to the ski lodge just fine. 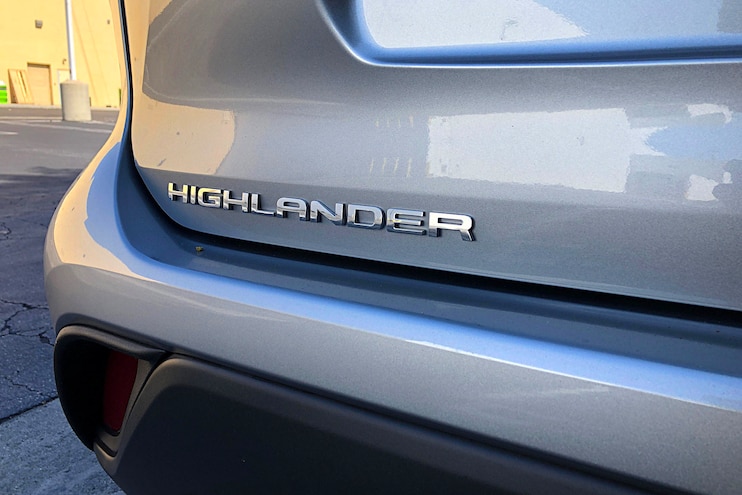 View Photo Gallery | 30 Photos
Photo 8/30   |   027 2020 Toyota Highlander Xle Daily Driven
We found the interior to be plenty comfortable as well. The seats were a touch on the hard side, and the leather-like SofTex-trimmed seats got a bit hot for not having ventilation. Nonetheless, complaints were minor. We loved the available storage shelf in the dash along with all of the available USB charging ports. A few USB-C ports would be nice, but at this point it's not mandatory. Securing two child seats into the middle row was a snap, and there was plenty of room for all of the stuff that comes along with two kids under 5. The third row is tight, but this shouldn't surprise anyone. Adults will complain, but kids fit fine, so tell your buddies to shut their pie holes if they want a ride to dinner. Storage space in the rear was also perfectly adequate, even with the third row up. With the third row stowed, storage was flat out massive.
Overall, we had an enjoyable time with the 2020 Toyota Highlander XLE. It's not exciting, and that's OK. For those looking for dependable, reliable family transportation without a bunch of unneeded fluff and nonsense, look no further.